E-Moke Revives The Mini Moke As An Electric Beach Buggy 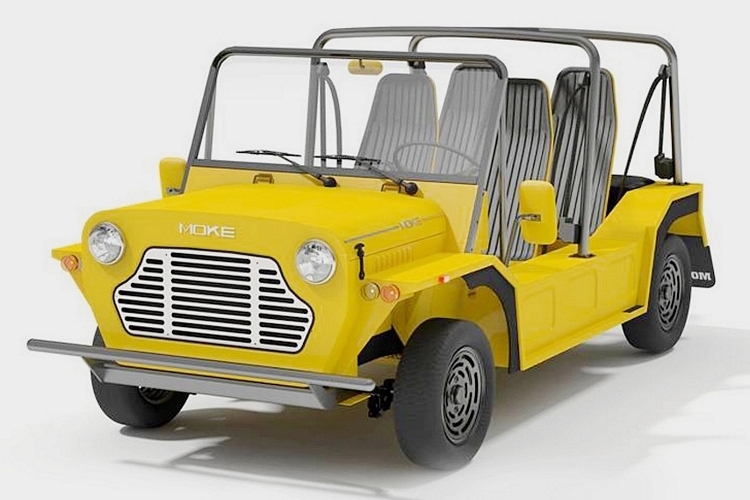 While originally intended as a military vehicle, the Mini Moke found its true calling in life as a beach buggy, with its unique looks and simple construction making it an ideal vehicle for light cruising along the sand. This year, they want to revive that long-lost classic in the form of the E-Moke, an electric version of the iconic British car.

No, this isn’t a full-fledged electric car that you’ll want to drive along highways and thoroughfares. Instead, it’s designed to function more as a utility car, similar to a golf cart on the fairway or a side-by-side in the farm, except with the express purpose of being a go-to summer ride. 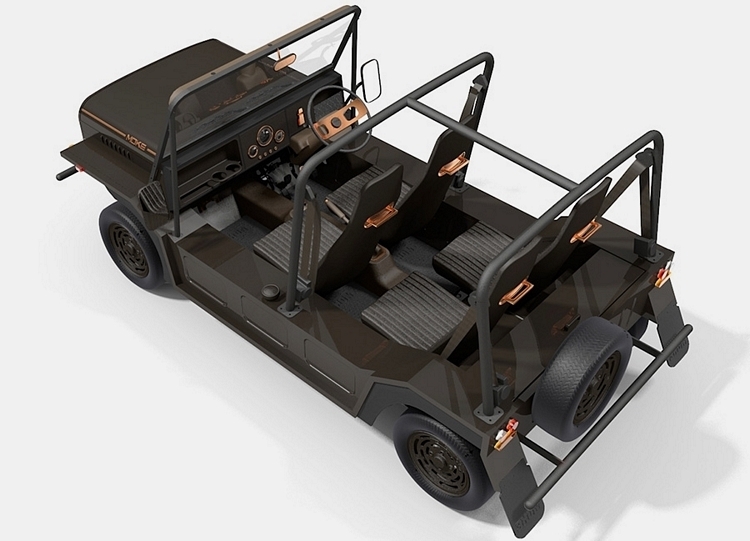 The E-Moke retains much of the styling cues that made the original Mini Make a cult favorite, from its small wheels and low ground clearance to the four-seat layout and complete absence of a chassis. Except, of course, it swaps the gas engine in favor of an electric motor hooked up to a battery system. Since this is designed as a recreational vehicle, the car runs at max speeds of just 25 mph, all while getting a maximum range of 90 miles in a single charge. Do note, the batteries have made this a bit heavier than the original, so there’s a good chance four people won’t be able to easily lift it like the Mini-Mokes of old. Features include increased leg room, an upgraded sound system, safety rollbars, weatherproof seats, and power steering. 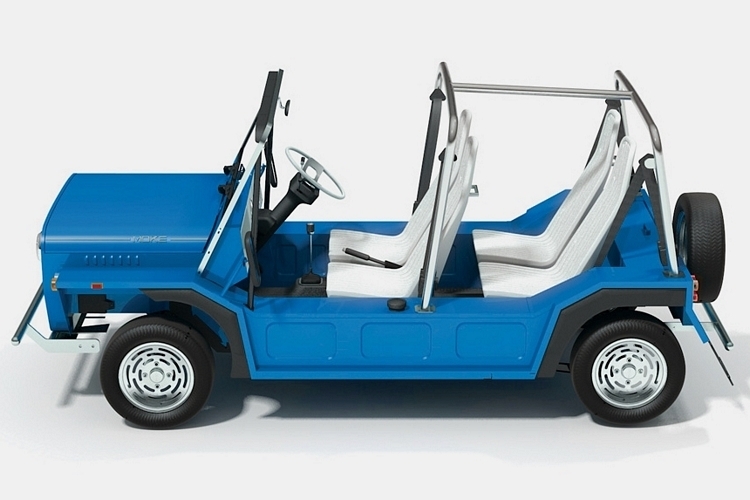