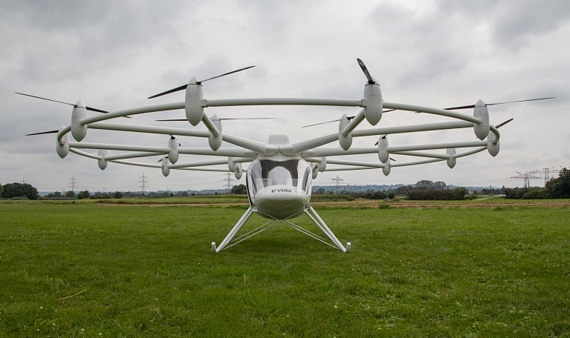 Helicopters are awesome.  However, they’re also all sorts of complicated to build.  And while standards are in place to ensure their propelling machineries don’t give out easy, a single failure can send the whole thing crashing down.  Not the case with the E-Volo VC200, an 18-rotor electric volocopter we covered initially in the design and development phase here.

Basically, it’s a giant version of those quadcopter drones everyone’s been playing with (vertical takeoff, vertical landing, battery powered, joystick-operated and all that).  Except, it’s sized to ferry two human passengers rather than just mount a camera.  And instead of four rotors, it’s got 18, making for an absolutely weird yet  compelling sight. 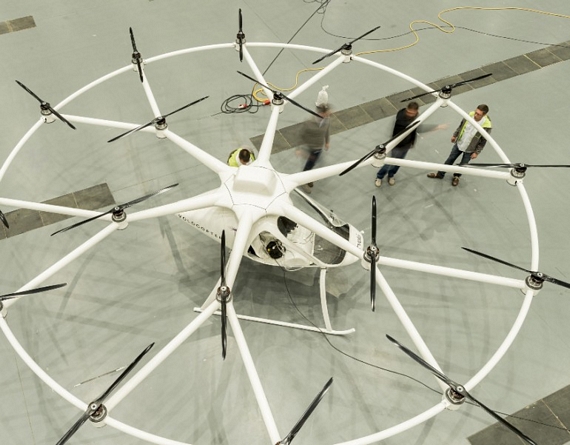 The E-Volo VC200 uses a straightforward mechanism for flight — fixed pitch propellers powered by regular brushless motors.  That means, while the number of rotors makes it look elaborate, it’s actually a whole lot simpler than regular helicopters and their complicated mechanics, making it easier to build, simpler to repair, and minimizing the chances things can go wrong.  Basically, less parts, less movements and less maintenance. Even better, the presence of 18 rotors means one can fail and the entire thing will still stay in the air.  In fact, up to four can fail without affecting its capacity for flight.  There’s also a built-in parachute that can be deployed in the event that multiple rotors fail, requiring it to land immediately. 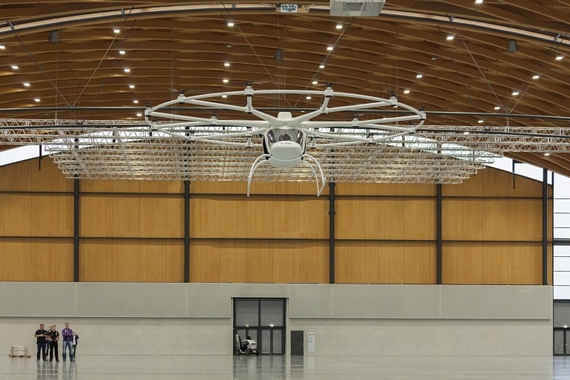 Recently, the team conducted the volocopter’s first successful flight.  It was a modest one, though.  The vehicle was unmanned (they used a remote control) and it was flown inside a covered arena in Karlsruhe, Germany.  While that doesn’t sound much (the added weight of passengers plus wind conditions can affect things adversely), it is a very encouraging milestone.

You can see the video of the flight below.