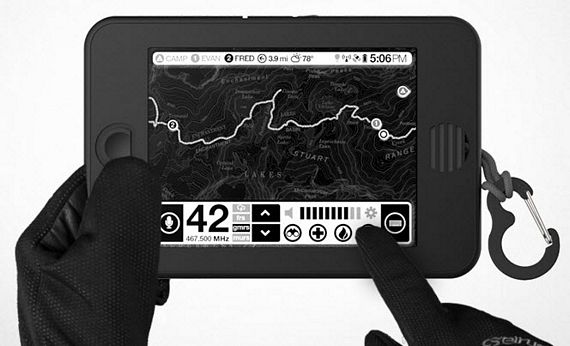 Your iPad is great for a whole load of functions — when you’re in the city.  Once you hit the less-traveled path, where broadband signals, free WiFi and a source of electricity aren’t always guaranteed, that utility tends to be much less potent.   The Earl Tablet will likely serve as a better companion.

Designed for use in the wild, the device combines power-efficient hardware with internal sensors (accelerometer, gyroscope, magnetometer, thermometer, barometer, humidity, and anemometer) that let you take a variety of readings, allowing you to collect plenty of data locally.  That way, you’ll have the kind of information you need to make the most of your time in the wild — even without access to the internet. 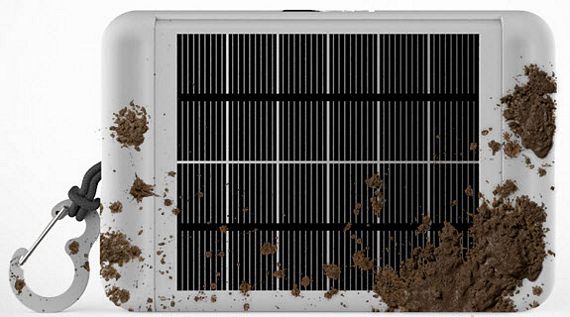 Earl is an Android 4.1 tablet that’s touted as being “engineered for the most extreme of outdoor situations” — the kind of places where an iPhone, Galaxy S4 or whatever other daily gadget you carry isn’t likely to be of much use.  To withstand the rigors of the outdoors, it gets a rugged shell (IP67-compliant for water, dust, shock and mud) that’s thicker than your usual lot of modern slates.  And since nature is your best source of power in the wild, the back panel is covered with a laminated solar panel that feeds juice to a 3,000 mAh battery.  Only 5 hours of direct sun exposure is needed to bring it to a full charge, which can then power the tablet for an impressive 20 hours.

If you’re skeptical about that 20 hours, don’t be: it doesn’t use a power-hungry LCD like traditional tablets; instead, it has a flexible E-ink display with a 1,024 x 768 resolution.  It runs on a 1GHz Cortex A9 processor with 1GB of RAM and 16GB of memory (with microSD card support).  Features include a lunar lantern mode (for screen visibility at night), a glove-friendly touchscreen interface,  a built-in kickstand, WiFi, Bluetooth 4.0, NFC, ANT+, FMS/GMRS/MURS, a radio tuner, IR, and GPS. 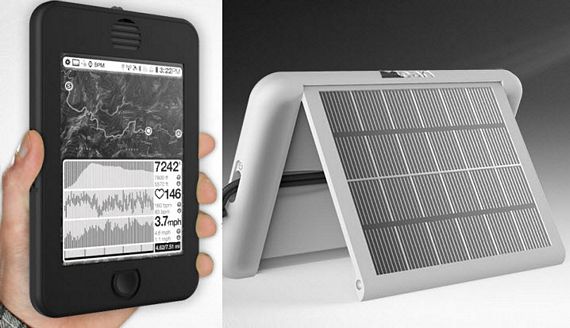 We’re not sure what current Android apps will run on this, but the product page claims it’s perfectly compatible with thousands of apps already in the market.  It also comes with preloaded apps that take advantage of the unique hardware set, as well as an open API.

The catch? Earl is currently on preorder and will hit production only when orders reach 1,000 units.  Price starts at $249.