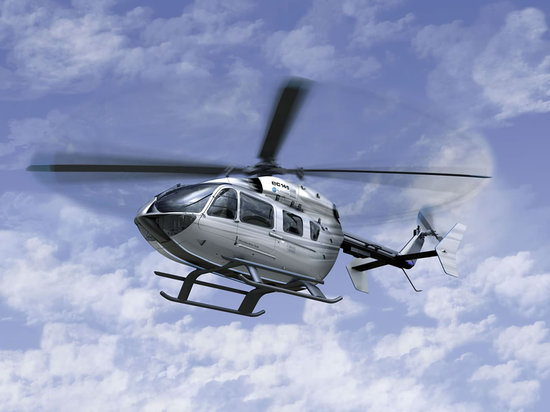 I’ve never ridden a helicopter before, but I’ve seen plenty of movies with people flying in one. Flying comfortably in a bladed airfarer always looked no more snug than sitting on the passenger seat of a regular sedan. Well, not with the EC145 Mercedes-Benz Style, a luxury helicopter designed to transport passengers in lavish style.

Developed in a partnership between Mercedes-Benz and Eurocopter, the aircraft features a cabin layout inspired by the former’s new R-Class range of sportscars. The cabin design allows for unparalleled spaciousness, being the first whirlybird in its class that can seat up to eight passengers. 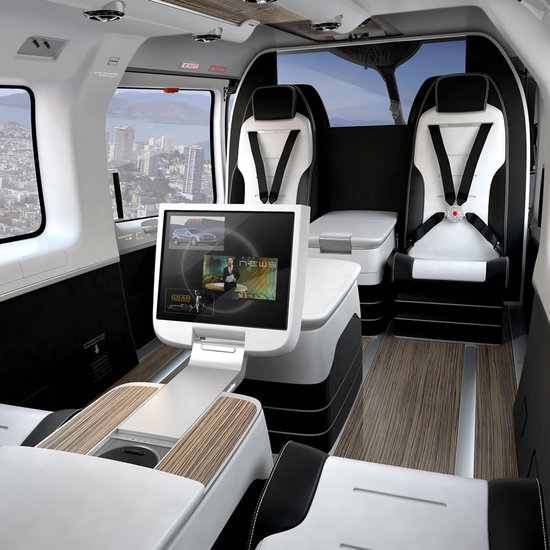 Few details were released on the flying parts that allow the twin-engine turbine EC145 Mercedes-Benz Style to take to the skies, but they sure laid it thick on the helicopter’s luxury features. Billed as the most versatile model in its class, the cabin adopts a modular design that allows you to quickly remove the rail-mounted chairs to make room for luggage. In place of the seats, you can also throw in up to three multi-function boxes that offer various amenities, such as a cooler box, cup holders, a DVD player and a 15-inch screen. They also offer a range of luxury materials for the seat upholstery, flooring and ceilings, to go along with the dimmable lighting. 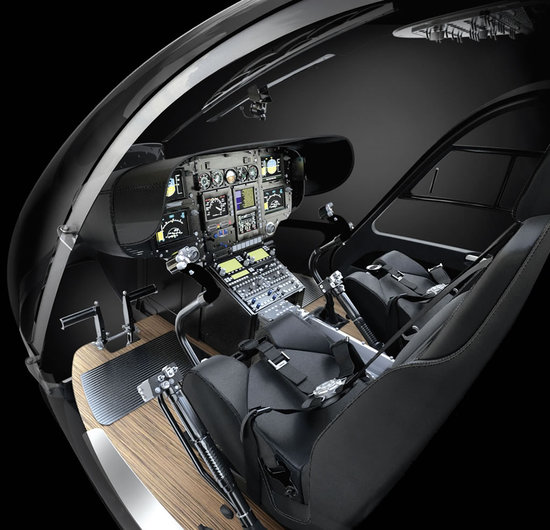 The passenger cabin is fully separated from the pilot cockpit by a partition, which comes with fully-retractable windows, similar to the ones on the R-Class vehicles, and a host of drawers for extra storage. Believe it or not, they even managed to add a high-capacity luggage compartment into the whole thing, with attachment points on the floor and walls. Plus, you’re supposed to be able to stow bikes and golf clubs near the tail, too, which is just grand.

Unveiled at the 2010 European Business Aviation Convention & Exhibition in Geneva, Switzerland, the EC145 Mercedes-Benz Style is slated for availability in the fourth quarter of 2011.