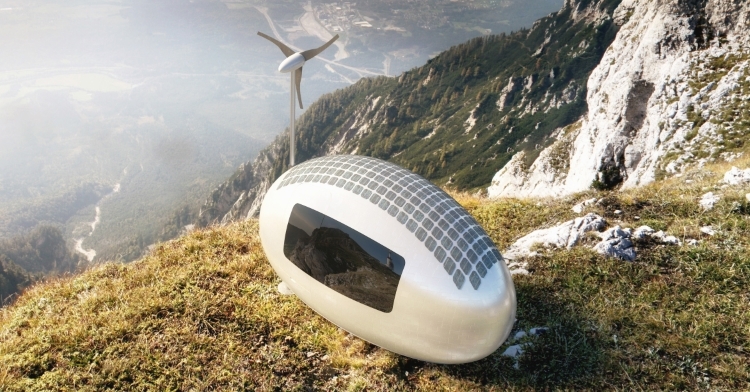 Ever wondered how it would feel like to live inside an egg?  While the Ecocapsule doesn’t exactly contain a developing embryo, it’s about as close to a livable egg as the world will probably ever know.

Created by Slovakia-based Nice Architects, it’s a portable living space that can be easily transported from one location to another.  It’s not quite as convenient as a camper that you can hitch to a truck, but it does seem like you can load it up on the bed of your pickup (or an appropriately-sized trailer) and drop it off wherever you want to make your temporary home next.  Provided you can figure out a way to handle the over 3,300 pounds of weight, that is. 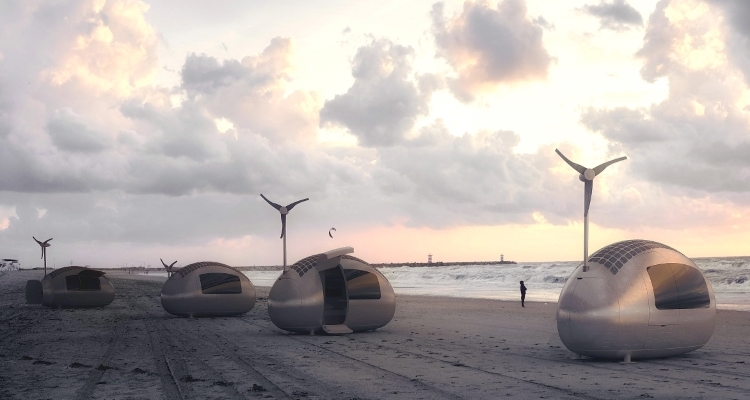 The Ecocapsule is a pod-shaped house that measures 14.6 x 7.9 x 8.2 feet (l x w x h).  Yes, that sounds like the dimensions of a larger tent, which, we guess, is part of the charm.  Inside, it houses a pair of chairs, a folding bed, a table, a small kitchen, a toilet, a shower, and some storage spaces, along with working doors and windows.  You don’t have to live bereft of electricity either, as the top of the pod comes covered in solar cells (600 watts total), with a 750-watt wind turbine installed on a retractable pole.  Both power sources charge an onboard battery (not a Powerwall, but you can probably use that as a retrofit), so you can have access to power, regardless of external conditions.  Nice Architects thinks it has enough facilities to allow an individual to live comfortably off-grid for an entire year, provided they have access to sun and wind. 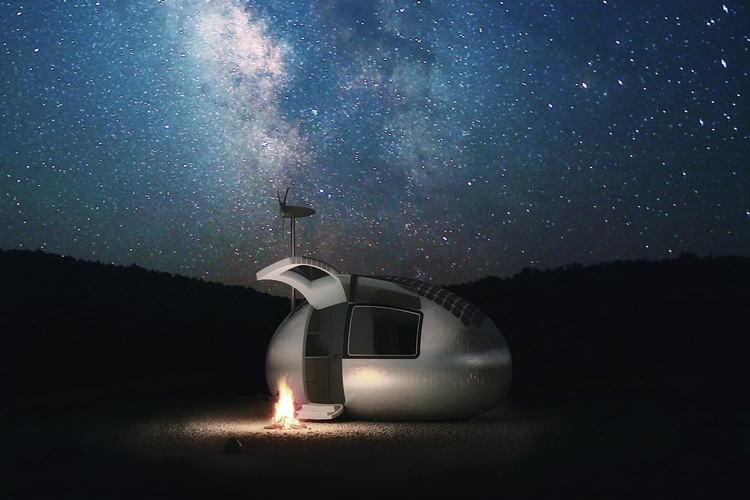 No pricing has been announced, but the Ecocapsule is expected to ship in the first half of 2016, with preorders beginning at the end of the year.