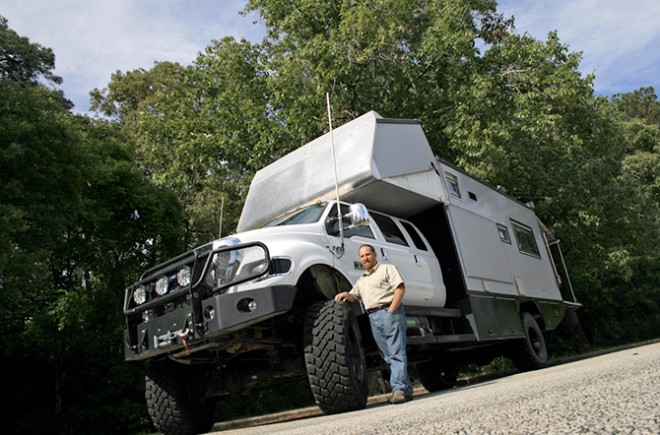 Beastly in size and appearance, the EcoRoamer is the kind of truck you want to be driving in a post-apocalypse wasteland. It can crush everything in its path, run over treacherous terrains and travel across distant lands while minimizing its ecological footprint. Oh yeah, it’s a fully-livable mobile home too, so it’s the perfect companion for your newfound nomadic lifestyle.

Not content with building a trailer straight out of Thunderdome, creator Jay Shapiro has sold his company and home, intent on taking the brutish vehicle on a tour around the world. According to Jay, he will be joined by his wife, two kids and a pair of cats on a global trek that takes them from Alaska to South America to Africa to Europe to Russia to their last stop in Asia. 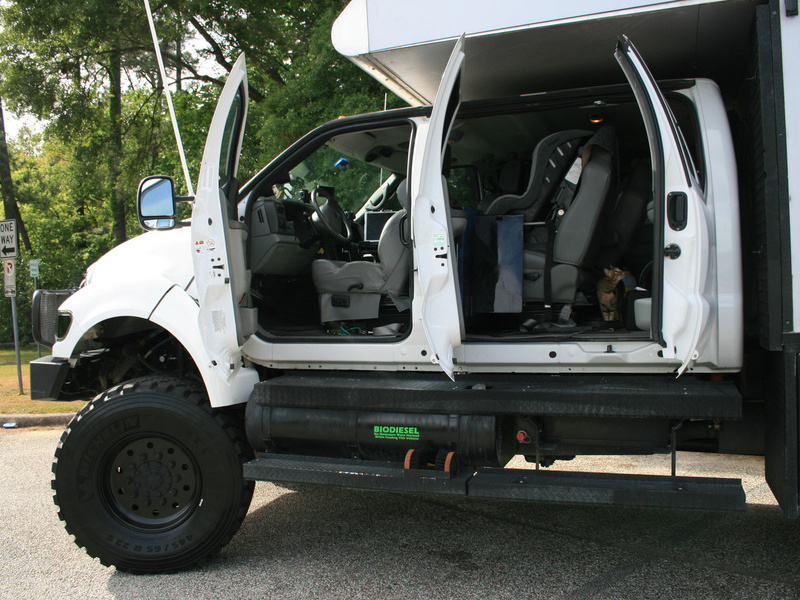 More than just a heavy-duty truck, the EcoRoamer was designed with traveling the world in mind. As such, the decision to outfit it with components drawn from industrial machines, rather than conventional vehicles (parts should be more readily available wherever you end up). The cab and chassis are taken from a modified Ford F-650 chassis, while the powerplant is a Caterpillar C7 engine. Armed with two 130-gallon tanks (it can run on both regular diesel and biodiesel), the truck can travel a generous 750 miles without refueling. 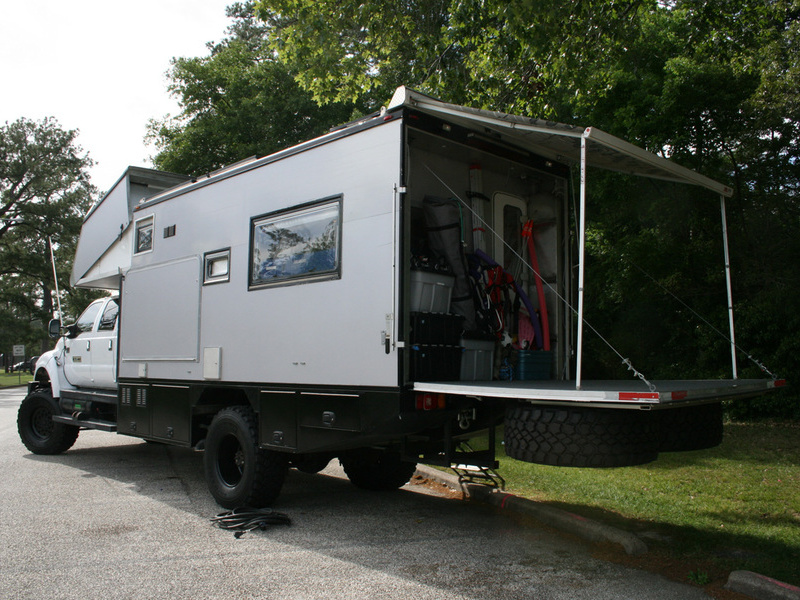 Inside the cab, it’s loaded with communications equipment controlled through a Panasonic ToughBook running Windows XP. Web connectivity is provided by a 3G modem (with an alternate satellite for areas it won’t work in) hooked up to a router and several antenna that dole out WiFi signals within a 0.8-mile range. It’s loaded with all sorts of amenities too, since the whole family will likely be living there for a good portion of the next few years.

According to Shapiro, the EcoRoamer is an open-source project, so anyone can pick up details of the build and make their own. They’re also willing to build several of the vehicles annually, but pricing starts at $180,000. The version the family is taking on the trek costs around $275,000.