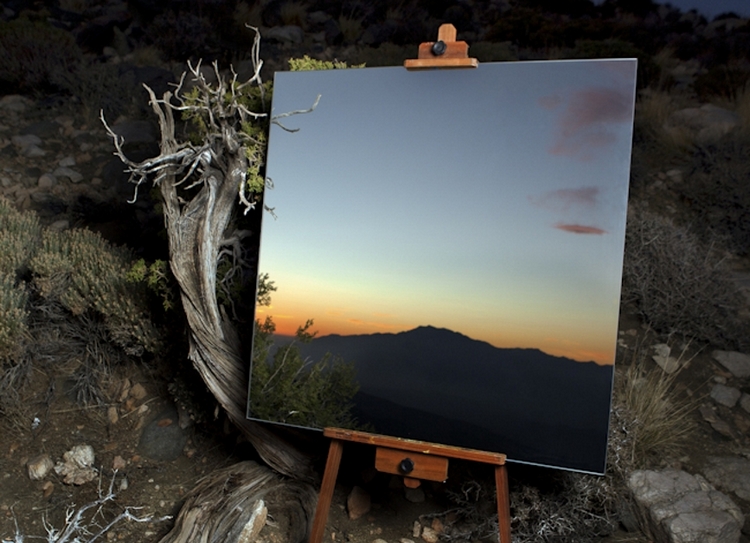 At first glance, these photographs that make up the Edge Effect collection look like they capture ultra-realistic landscape paintings placed on an easel in the middle of the desert. Instead, they’re actually mirrors which reflect the view from the across to highlight the contrast of ecosystems in the border of the Mojave and Sonoran deserts.

Created by artist Daniel Kukla, he came up with the idea while taking a month-long retreat at the Joshua Tree National Park. While hiking and driving around the vicinity, he noticed the contrasting ecosystems that thrive right at the space where the two California deserts meet. Instead of merely taking photos, he sought out creative ways to highlight the juxtaposition, eventually coming up with the method he used in this collection. 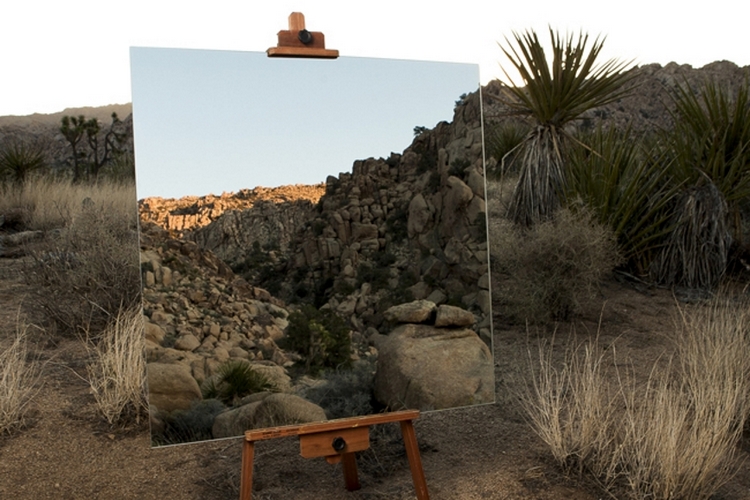 Named after the term used to describe the phenomenon in ecological sciences, the Edge Effect captures some beautiful scenery, which look like they’ve been committed to canvas by a talented painter. We’re not sure about the distance between the mirrors and the landscapes they’re reflecting, but, man, they definitely look trippy and mesmerizing. 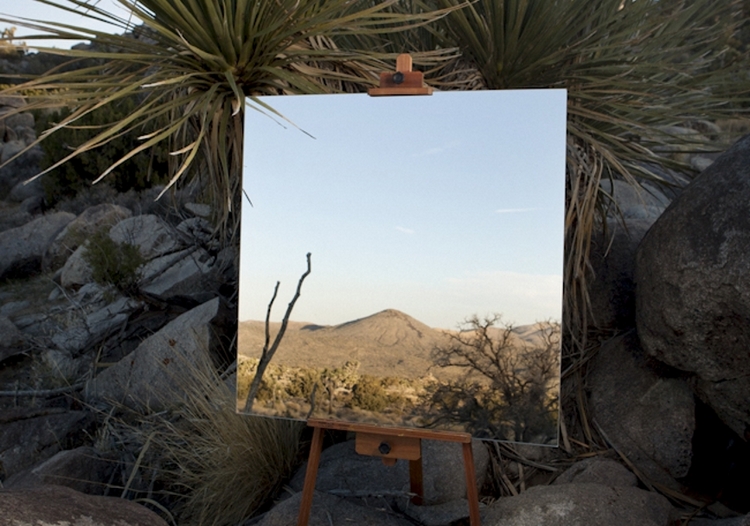 Daniel sells 30 x 30 prints of the pieces in the Edge Effect. You can order them directly from his website.