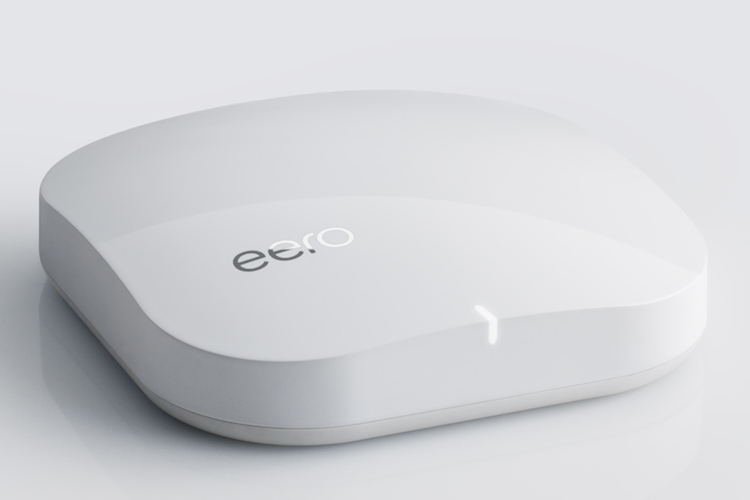 Unless you live in a small box of an apartment, chances are, your router doesn’t cover the entire house the way you’d want it to. And while you can use strategically-placed extenders to properly cover your digs, Eero promises it can make the process a much-more convenient affair.

A router system for creating a WiFi mesh network, it requires just three units to adequately cover an entire home. And by cover, we don’t mean you’ll get, at least, a bar of signal in some places. Instead, it’s intended to provide robust wireless connection in every corner of the abode, so every connected device you own can hop on to the network (let’s face it, home automation will be more ubiquitous sooner than later).

Unlike traditional routers paired with extenders, data doesn’t just make a single hop on the Eero. Instead, it’s a real mesh network that allows for multiple hops with minimal signal loss, similar to the setups you can find in many enterprise settings. While recommended in sets of threes for most homes, as many as 10 units can be installed in a single coverage area, so even those who live in palatial homes can use it to effectively cover their entire living space. To use, simply plug one in to your modem, then position the other two anywhere in the house (all units require a connection to a power outlet).

Each unit measures 4.75 x 4.75 x 0.85 inches, so it should be easy enough to find table, shelf, and counter space for. Features include simultaneous dual WiFi radios (2.4GHz and 5GHz), dual gigabit WAN ports, and an accompanying mobile app (iOS and Android).

Now available for preorder, a set of three Eeros is priced at $299.