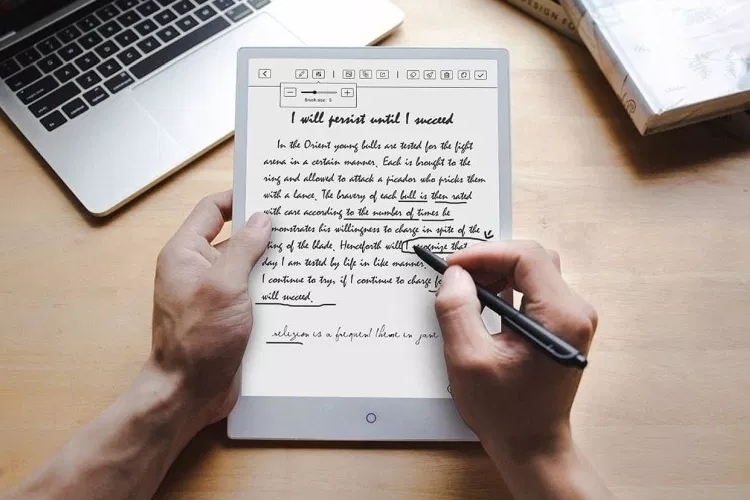 Even though e-paper technology hasn’t matured enough to display fast-moving visual content competently, it has advanced enough that it can be used as a functional tablet screen. Sure, you won’t use it to watch YouTube, binge on Netflix, or play Clash Royale, but it should be responsive enough to enable reading, writing, and sketching on a paper-like surface. That’s what makes us quite excited about the Eewrite E-Pad, a new Android tablet with an E-Ink display.

At first glance, this looks like any conventional tablet, albeit one with a white paper-like screen, instead of the TV-like backlit colors of a typical Android device. Unlike regular tablets, though, it’s all grayscale, so you won’t be able to see anything in color, all while coming with a slower refresh rate, so using it with anything that moves at a fast pace (e.g. videos and games) are likely to deliver a poor experience. As such, it’s not really intended as a tablet replacement, instead serving more like an upgraded e-reader, since it allows you to use your erstwhile ebook device with a whole load of reading, writing, and drawing apps. 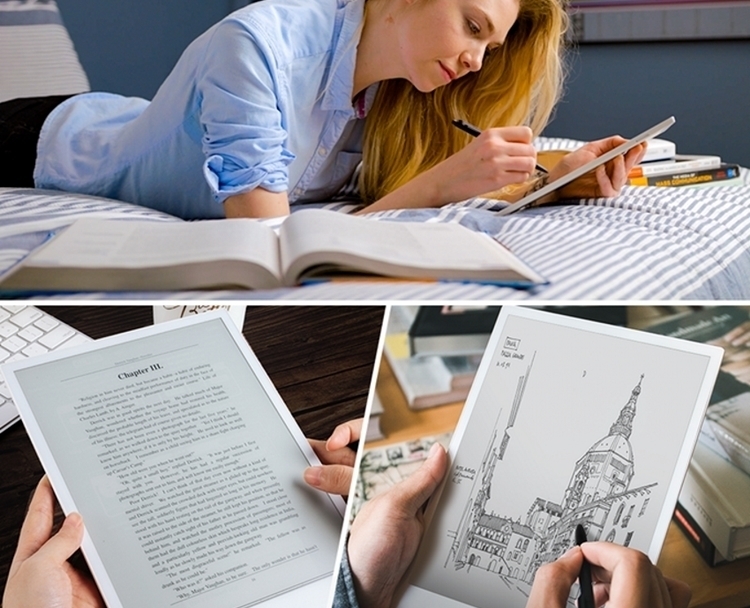 The Eewrite E-Pad is a 10.3-inch Android tablet that, according to the outfit, can accurately mimic reading and writing on real paper. If you’ve used an e-reader before, then you already know how accurately it’s able to recreate reading on physical books. As such, that remains the main function here, as you can use this to read books, graphic novels, newspapers, magazines, and other printed matter in digital form without the eyestrain that comes with conventional displays, complete with front-mounted LED lighting, in case you’re reading in the dark. According to the outfit, you will experience that exact same smooth performance when writing on the tablet’s screen, whether you use the included stylus or your finger. It does all that by using the new E-Ink Mobius Carta screen, which resembles not just the appearance of real paper, but also the surface friction you experience whenever you’re writing. 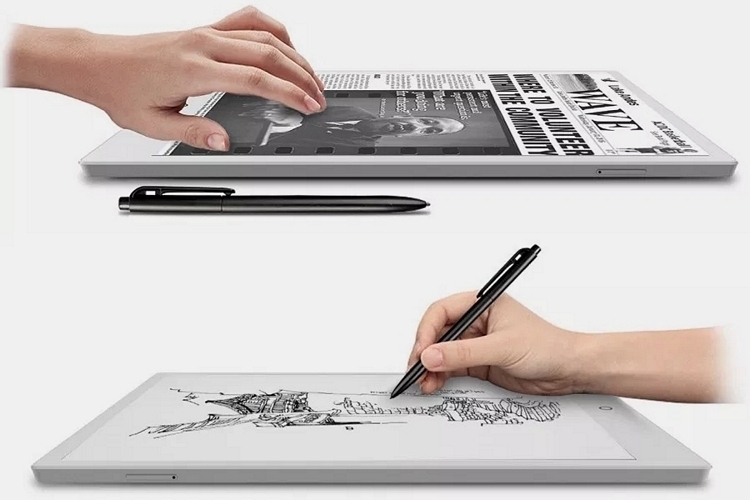 Like a regular tablet, the Eewrite E-Pad comes with an integrated speaker, so while watching videos may be difficult on the panel, you can use it to listen to music, podcast, and audiobooks without any problems. It also has built-in Wi-Fi and a SIM card slot, so you can connect to the internet either through a local network or a 4G connection, allowing you to get internet anywhere without having to use your phone as a hotspot. Onboard Bluetooth allows you to pair it with keyboards (for writing), headphones (for private listening), and other peripherals. 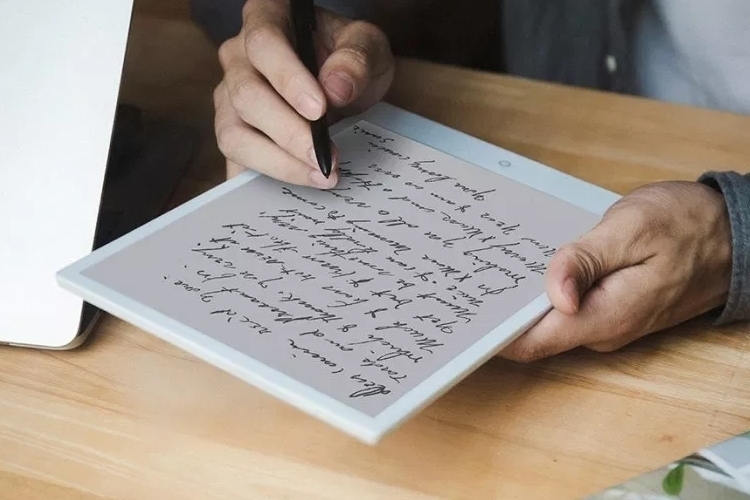 The bundled stylus, by the way, comes with 4,096 levels of pressure sensitivity, all while using EMR technology, so it works without a battery in tow. The opposite tip of the stylus serves as an eraser, so you can rub out whatever you’ve jotted onscreen just like real pencil-and-paper. Other details include a 4100mAh battery (rated at a full week of use between charges), 1872 x 1404 resolution, a Helio X20 system-on-a-chip, 2GB of RAM, 32Gb of storage, and a microSD card slot.

A Kickstarter campaign is currently running for the Eewrite E-Pad. You can reserve a unit for pledges starting at $449.