Egg 51 Turns Your Hard-Boiled Breakfast Into An Alien Visitor 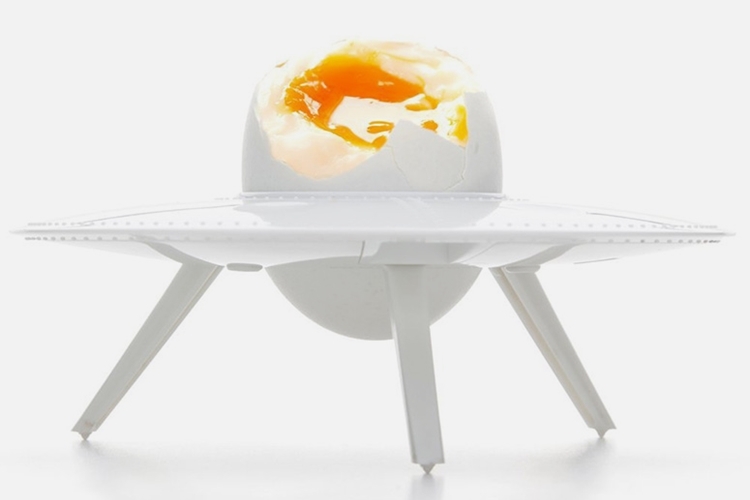 I’ve always maintained that the chicken came first before the egg. It just made more sense. That is, until I was introduced to the theory that the original chickens were ancient aliens who visited the planet flying in tiny spaceships that transported them in egg form. I mean, that story is absolutely convincing and believable. To commemorate the arrival of those OG extraterrestrials, someone made the absolutely adorable Egg 51.

Made by Monkey Business, it’s an egg cup clad in the form of an alien UFO, the kind we would have seen descending from space if we were around during that time the alien chickens first visited the planet. Except, instead of being constructed from extra-terrestrial metals, it’s all BPA-free plastic, so it’s strictly for serving your boiled eggs, rather than traveling the vast recesses of space. 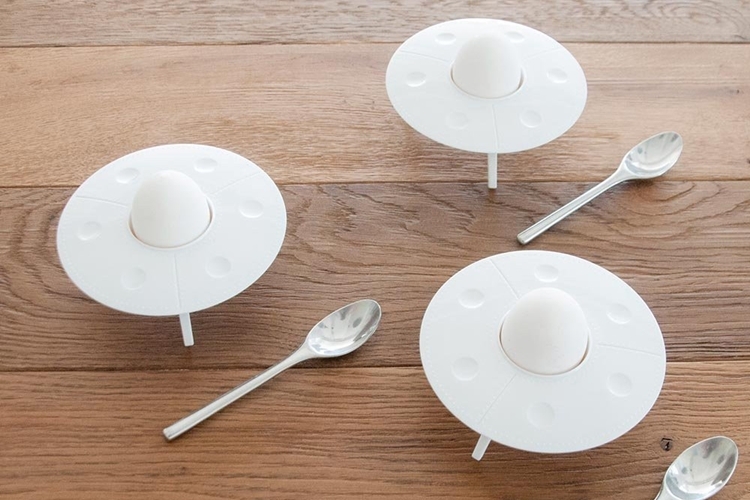 The Egg 51 is a three-legged miniature flying saucer, with space for one hard-boiled egg to pilot the whole thing in the central cockpit. It measures 12.7 x 12.7 x 4.5 cm, just the right size to sit next to your pancake plate during the first meal of the day. Plus, the saucer edges make it ideal for picking up with your fingers, so you can enjoy the egg while watching the squirrels eat out of the hilarious Horse Head Feeder by the window. 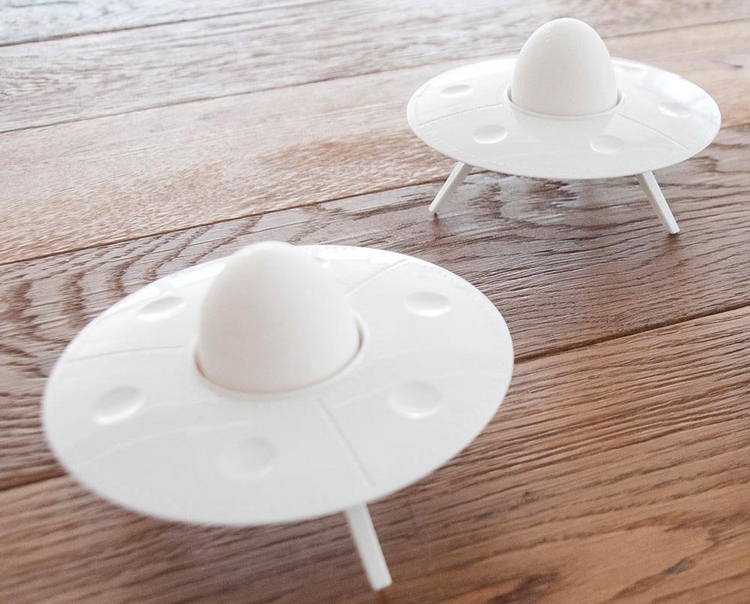 Designed by Itamar Burstein, the Egg 51 is priced at $12.