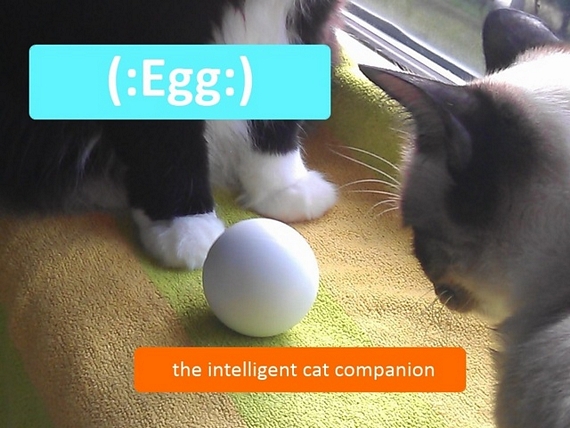 Leave your cat alone the house too much and she’s going to start to resent you, doing stuff like peeing on the bed, clawing on the furniture or destroying that cat crib you set up especially for her. Oftentimes, leaving her with a friend to play with is the only way to keep her straight. If getting another cat isn’t in the list of plans, however, you might get away with leaving her in the company of Egg.

Unlike other cat toys, it won’t just sit and wait until kitty makes the effort to play with it. Which means they may keep her busy for a while, but only until she gets bored and starts looking for other things to steal her attention. Not quite the case with this egg-shaped contraption. 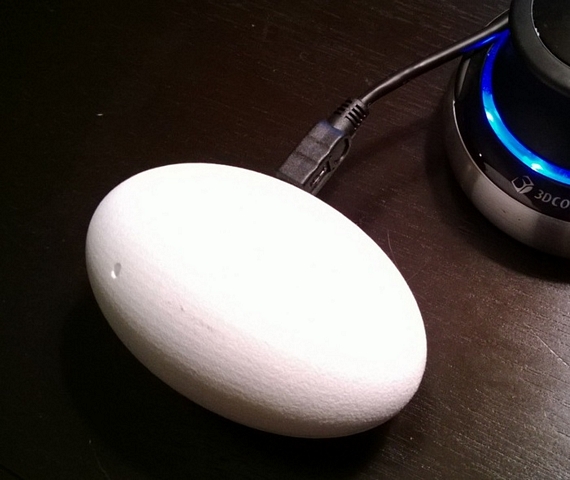 In contrast, the Egg won’t just roll along the floor when your cat gives it a push. Instead, it can move back and forth using an integrated gearmotor that turns an offset weight, as well as shake as if a baby chicken is about to hatch, making for an interactive play object that makes erratic movements. It comes with onboard angular sensors, too, that allow it to sense obstacles, adjust to bumps on the carpet, and reverse direction when necessary. The idea is, every time it senses the cat touching it, Egg will behave as if it’s trying to escape. There’s also onboard audio, so it will do all this while making plenty of cute noises. Basically, it’s going to act like a noisy cockroach and we all know how much pets love to play with those.

The toy comes with an onboard battery that can be recharged via USB. Once tethered to a computer, you can set behavior paramaters, such as turning off the sound so your cat can continue to play without all the ruckus while you’re trying to rest. The shell is made from plastic, with enough durability to stand anything a cat can throw at it, although they caution about letting the dogs play with the toy — chances are, they’ll just gnaw it to utter oblivion (maybe even swallow it whole).

The Egg is currently collecting pre-orders on Kickstarter. Pledges to reserve a unit starts at $31.