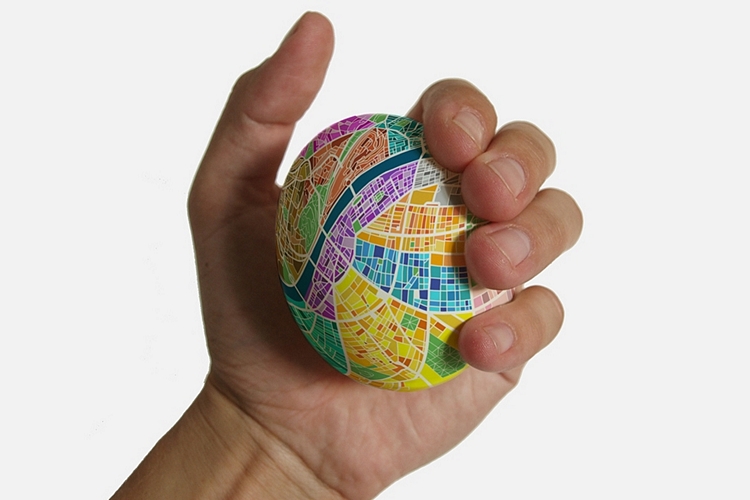 Stress balls are great for relieving tension in the workplace, but it turns out they can be useful for other things, too. Like, you know, zooming in on a map. At least, that’s the idea behind the EggMap, a concept design that prints a map on the surface of a highly-stretchy ball, allowing you to zoom in on an area by simply squeezing on it.

Designed by Denes Sator, we’re not entirely sure how much of the design can be translated into an actual object. I mean, sure, you can blow up an area by squeezing on it, but the map on the renders look a little too large for something as tiny as a stretchy round toy. And I’m pretty sure you can’t blow up something so tiny into something as detailed as the one in the picture (with street names magically appearing and everything) with most common materials. Or maybe I’m wrong? 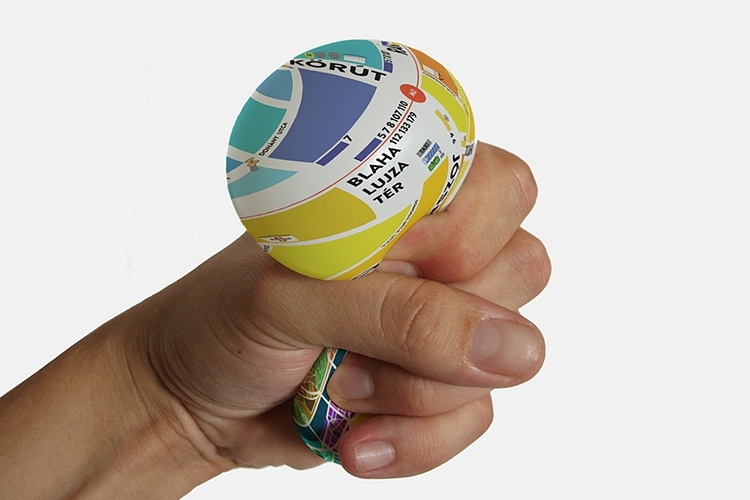 Still, the EggMap is a fun, original concept that will probably be useful for smaller maps. For instance, I can totally see them using this for a map of Disneyland or some other theme park, making for a fun novelty item with actual utility that people wouldn’t mind bringing home as a keepsake. I totally would like one, in fact. 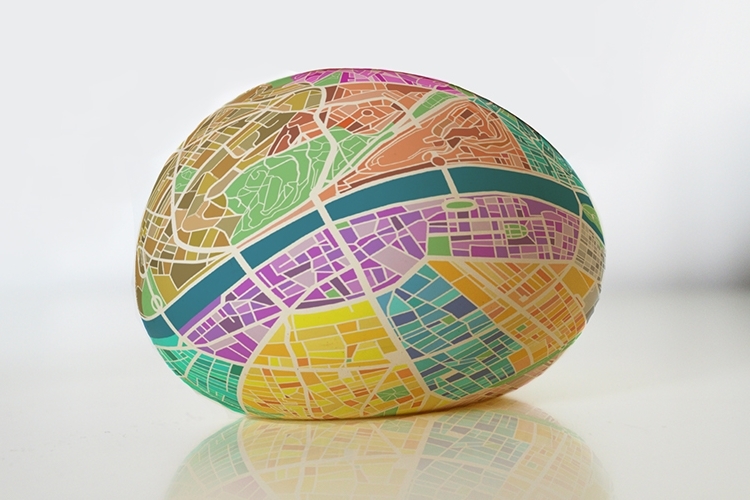 Check out Sator’s Behance page for the EggMap from the link below.