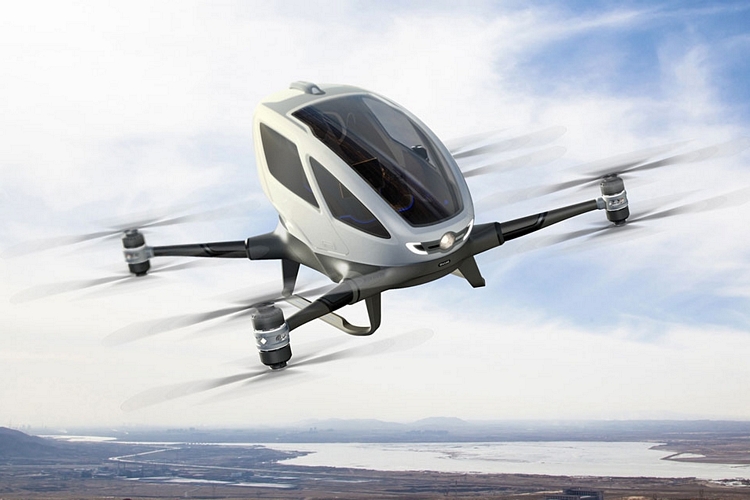 With the tech of current-generation drones turning them into highly-capable and safe autonomous flyers, could it be viable to scale them up for use as an actual passenger vehicle for short-distance aerial trips? That seems to be what the guys behind Ehang 184 AAV are betting on, debuting a 500-pound electric drone that can carry one passenger and transport them autonomously.

Similar to aerial photography drones, the passenger drone uses a familiar quadcopter form-factor. To ensure safety, however, each of the four arms carry a pair of propellers apiece, with eight separate motors powering each one, essentially creating redundancy just in case one of the components encounter problems while in the air. It also comes with two sets of sensors – a further precaution in case one fails for any reason. 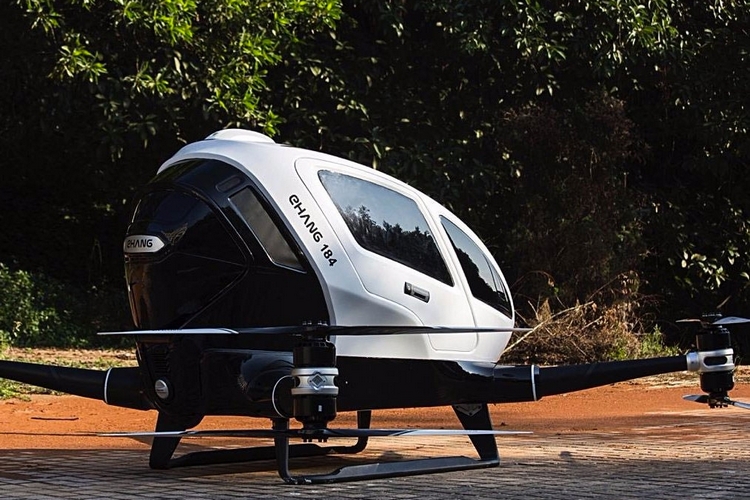 The Ehang 184 AAV is an all-electric drone that uses, pretty much, the same technology as existing quadcopters in the market, albeit in a scale that’s large enough to transport an actual person. No controls are available in the cockpit, with the passengers merely entering their destinations, at which point, the drone’s autonomous system takes over, controlling takeoff, the actual flight, and the landing. During transport, it can ferry a passenger at speeds of up to 62 mph at heights of under 1,600 feet, with a maximum flight time of 23 minutes, so while it won’t quite cover the kind of distances a helicopter travels, it could be plenty viable as a way to avoid traffic during short commutes. Needless to say, this is strictly for use in amiable weather.

While the Ehang 184 AAV is currently still in the process of getting approval from various government agencies, it’s expected to retail under $300,000 when it does hit the market.