Electric Guitars That Fold In Half: The Voyage-Air Transaxe Series 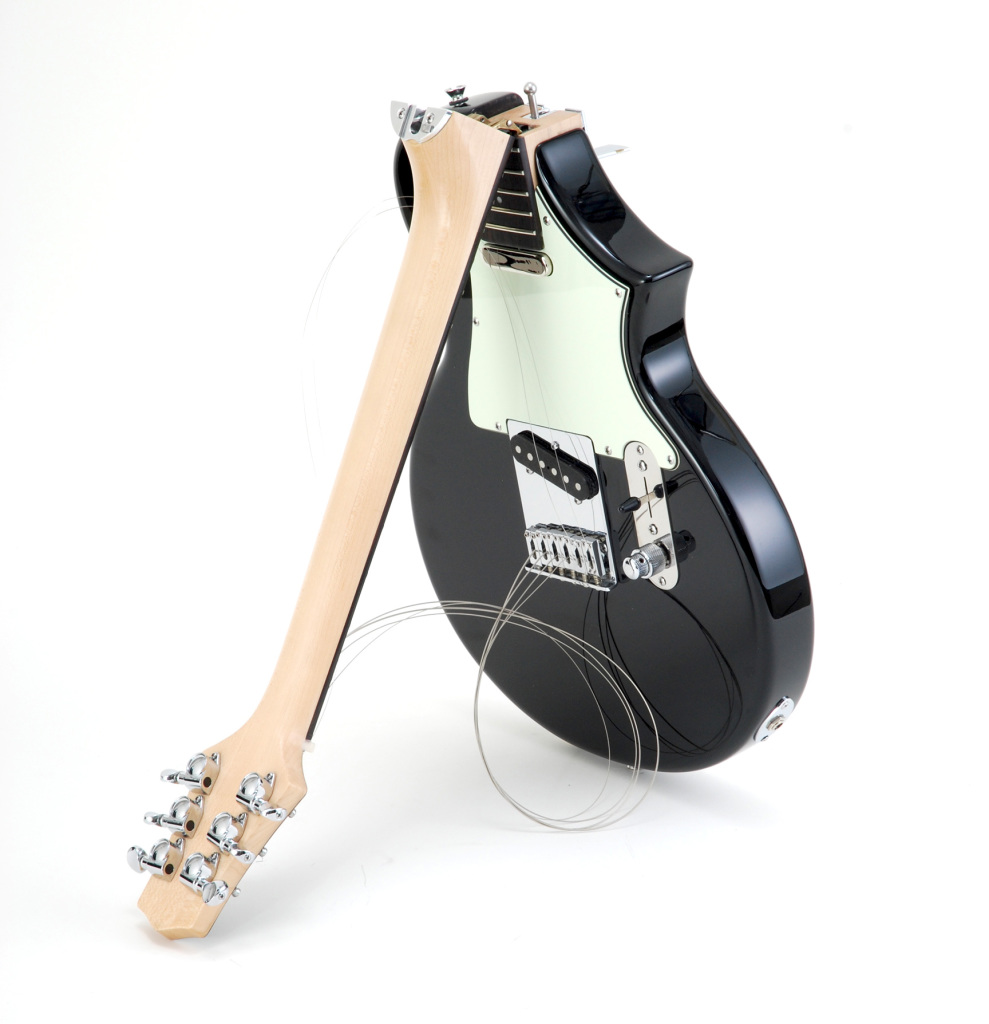 Playing with your Misfits cover band is the high point of your week.   That’s why you willingly put up with having to lug a large electric six-string around.  With the Voyage-Air Transaxe Series, carrying a guitar could be a less cumbersome proposition.

Instead of bulky guitar cases, the Transaxe guitars can do their traveling inside your backpack.   And, no, it doesn’t accomplish that by being a miniature 12-fret axe.  Instead, these full-sized guitars feature foldable necks, that allows them to take up literally half the space compared to regular six-stringers. 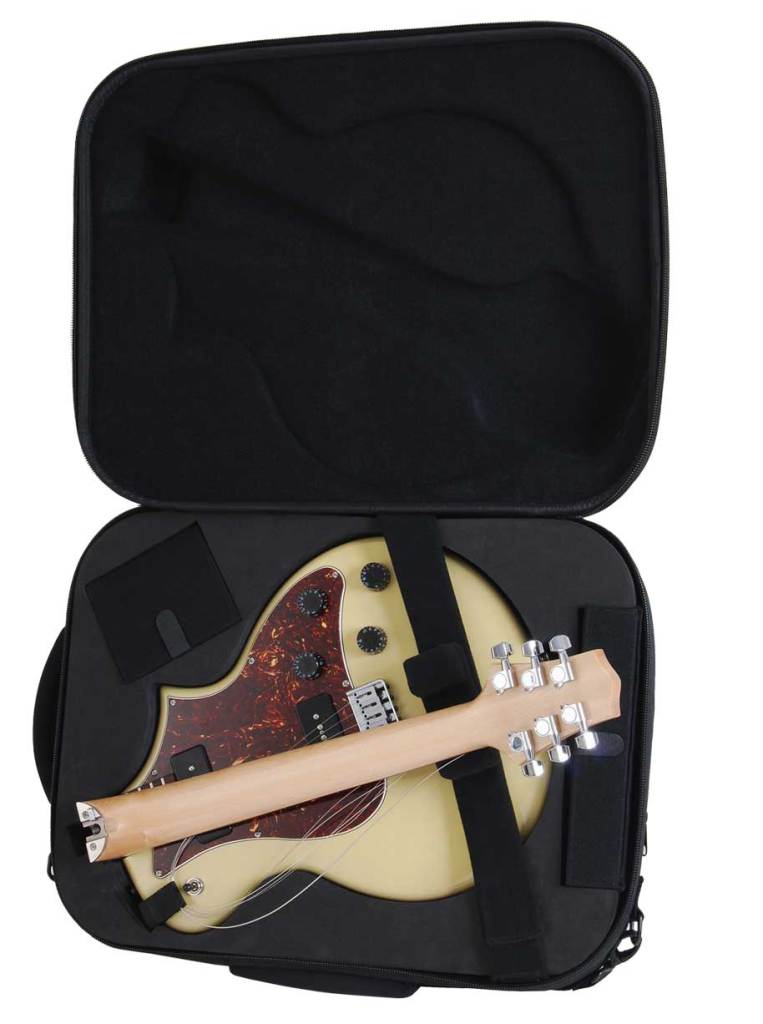 The Voyage-Air Transaxe Series currently includes two models: the Telair and the Belair.    The former is based on single-coil solid body guitars of the ’50s, with an alder neck, a Canadian maple neck and rosewood fretboards; the latter, on the other hand, borrows its style and sound from the earliest days of the instrument, with a pair of Tonerider Vintage 90 Soapbar  pickups and a tortoise pickguard. 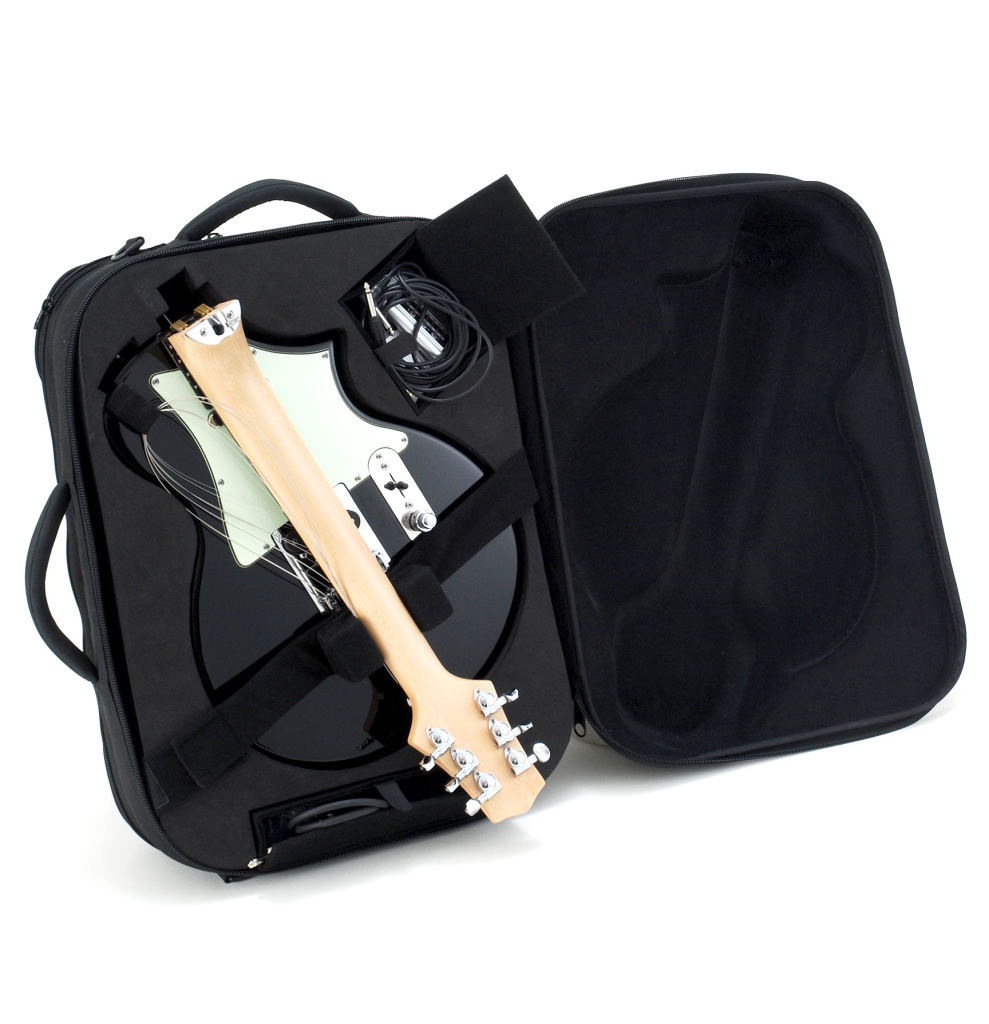 Included with each guitar is a Dura-Trans case, which measures a compact 22 x 17 x 7.5 inches for fitting into most airlines’ overhead compartments (and even your backpack).  The main area feature slots to hold the folded instrument, along with built-in slots for your cables, tuners and other accessories.  It even has a zippered laptop pocket that can hold computers up to 17 inches.

Both the Telair and the Belair from the Voyage-Air Transaxe Series are limited edition releases, so make sure to place an order early if you’re interested.  They ain’t cheap, though, with pricing listed at $799.