Monster Trucks Can Be Electric, Too 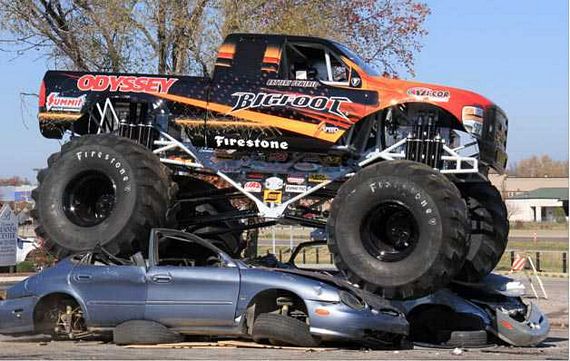 Yes, this is the same BIGFOOT monster truck that wowed beer-swilling audiences in muddy arenas by running over junk cars for many years — same aggressive stance, same beastly demeanor and, pretty much, the same ability to quench your lust for wreckage.   This time, though, it gets fitted with an electric drivetrain.  Sure, not hearing those monstrous engines roar will probably dampen the joy of witnessing a monster truck a bit, but all the mayhem it will cause should remain the same. 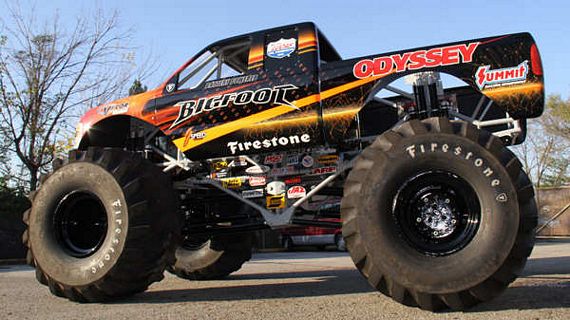 A joint project between Enersys and the crew behind BIGFOOT, the ODYSSEY Battery BIGFOOT No. 20 Monster Truck gets a specially-designed motor that produces 350 horses and 850 pound-feet of torque.  Sure, that sounds tame compared to the thousand roaring ponies of many monster trucks, but it still gets the job of crushing cars in its path while looking like an imposing beast done.

It draws power from three banks of 10 ODYSSEY batteries, providing 360 volts.  That many batteries, naturally, contribute to the heft, which, for all intents and purposes, is probably a good thing when it comes to monster trucks (it can crush things more powerfully).


Unfortunately, the ODYSSEY Battery BIGFOOT No. 20 Monster Truck isn’t going to be competing in any monster truck derby.  Instead, it’s strictly an exhibition ride, which, I have to repeat, is still awesome.