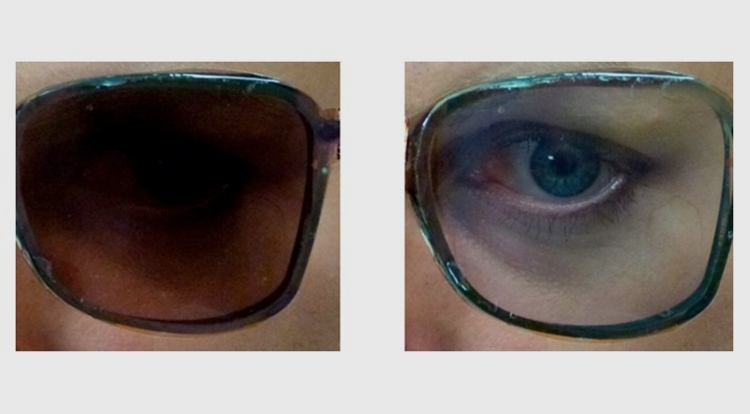 Someday, you can own a pair of glasses that can turn into sunglasses at the flick a switch. And, no, it doesn’t involve tinted lenses folding down like they used to wear in the 90s. That’s the promise behind a new type of lens being developed by scientists from the Georgia Institute of Technology.

Unlike transitional lenses, which give you little control about when they tint up (e.g. when you’re inside the car and need sunglasses to not get blinded by sunlight, it won’t), the user will have full control of whether the lenses will be clear or tinted. Just hit the switch to tint up the lenses when you’re outside, hit it back to clear when you’re in class, and hit it to tint again when the teacher gives a pop quiz and you need to copy off your seatmate. Or something like that.

To facilitate the neat trick, the lenses contain electrochromic polymers, which respond to electrical current, in contrast to the silver chloride in transitional lenses, which react to UV light. In the Georgia Institute paper, they created a prototype that used a mix of cyan, yellow, orange, and blue polymers, creating a brown tint that covers the entire lens a few seconds after a small electrical charge is applied. When fully-tinted, the lenses will block up to 70 percent of incoming light.

According to the team, the inkjet printing and blade-coating technique that they used to create the lenses can be easily scaled-up for commercial production, making it very likely that these lenses could come to market within a short time.