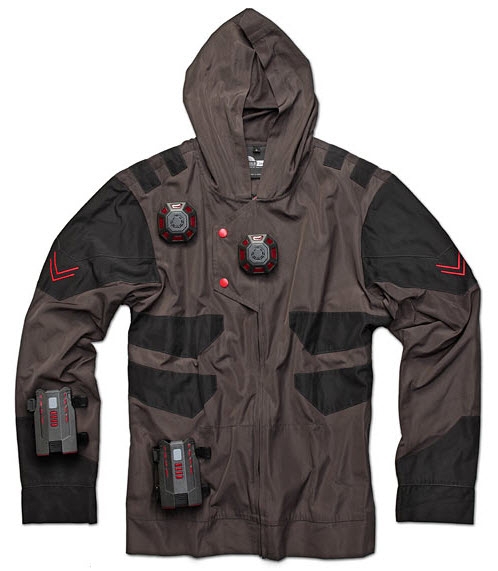 This year, wearables are in. Apparently, even in laser tag. Take this Electronic FPS Laser Battle Jacket, for instance, which ditches traditional laser pistols in favor of arm-mounted laser blasters.

A laser-shooting play set, it comes with a hooded windbreaker, two arm-mounted blasters and two targets for staging futuristic laser battles. The hooded windbreaker isn’t really necessary to play (you can just put on the blasters and the targets, no matter what you’re wearing), but, hey, laser shootouts are always more fun with a geeky-looking outfit on. Granted, it’s not as much fun as the real laser battles of future urban landscapes, but we guess it will do for now. 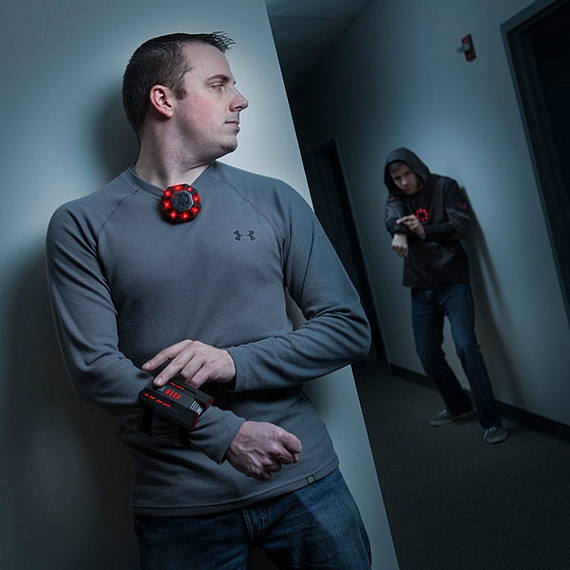 The Electronic FPS Laser Battle Jacket comes with three game modes: PvP (one-on-one combat), Frag Tag (you, basically, hunt down a guy wearing the targets with both blasters mounted on your arms), and Deathmatch (free-for-all for people with their own laser battle sets). Combatants can wear just one blaster and one target (so you can do a PvP with just one set), although wearing everything (a blaster on each arm, a target front and back) obviously raises the quality of gameplay. 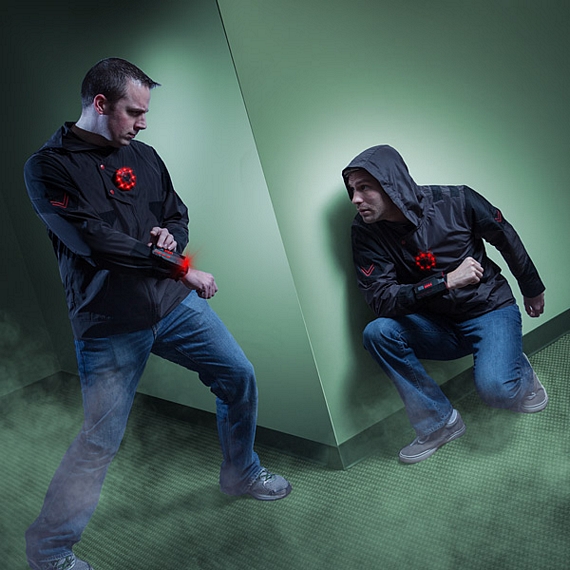 The blasters make six different sci-fi battle sounds, while the targets make two, allowing you to fill the air with impossibly geeky sounds. Lasers have a range of 60 feet, so you can decimate opponents from reasonably satisfying distances. Each blaster and target requires a trio of AAA batteries each.