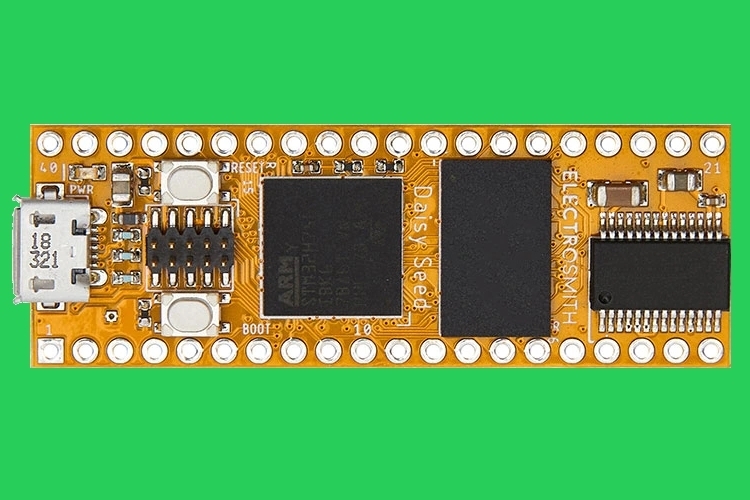 It looks like any board computer. You know, the kind you can buy, program, and use for your personal tech projects. Except, the Electrosmith Daisy is designed specifically for use in musical instruments and sound processors, giving you a more accessible way to design your own music-making hardware.

That’s right, this Arduino-like board is packed with most everything you need to get started building your own synthesizer, guitar pedal, or drum pad, significantly lowering the barrier to entry in the ever-growing electronic music space. Whether you’re a musician who wants a new kind of sound processor for your live shows, a gadget nerd with the hankering to build a unique guitar pedal, or just some dude who wants to recreate your favorite synth from scratch, this thing should let you do all that and more. 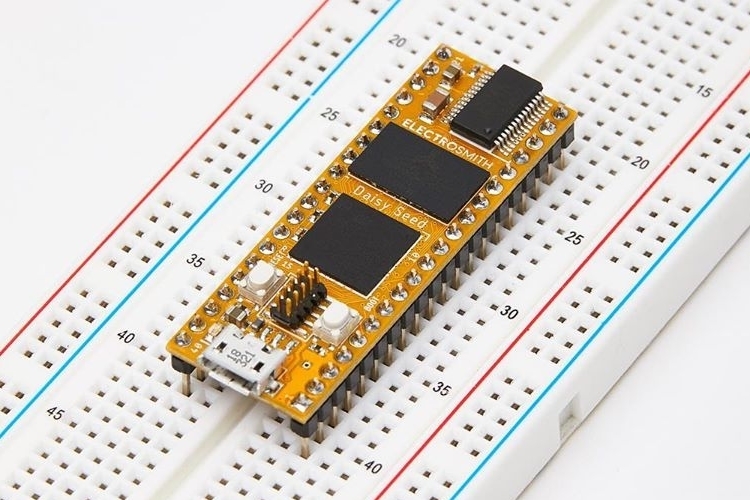 The Electrosmith Daisy is an open-source microcomputer with two channels of line-level audio IO onboard, courtesy of the built-in 192 kHz 24-bit stereo audio codec, complete with enough juice to handle digital signal processing (DSP) during audio generation. You can also add new audio channels via 32 GPIO headers, which can connect to external sensors and devices via protocols such as I2S, TDM, PDM, and S/PDIF. It has full support for USB MIDI input and output through the onboard micro-USB port and the USB pins on the header bank, as well as UART pins for hooking up MIDI hardware via DIN or TRS cables.

It’s powered by an STM32 ARM Cortex-M7, which runs at 480MHz and sports a 32-bit floating point processor, which you can use to process DSP instructions in an optimal manner. There’s also more RAM here than similar boards we’ve seen at 64MB, which is enough to hold up to 10 minutes of audio at a time, as well as 8MB of built-in storage for any audio files. It also boasts bare metal audio drivers that, the outfit claims, enables a latency of under one millisecond, so there’s very little delay between input and output. 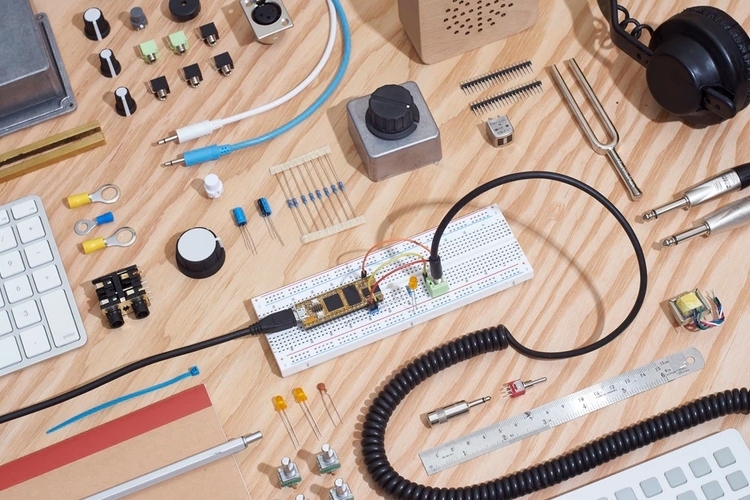 The Electrosmith Daisy’s 32 GPIO pins, by the way, can be configured either as standard GPIO, an alternate audio channel, or one of many possible functions, including as SD card interfaces, 12-bit DACs, or PWM outputs. It has full OTG support, so you can just plug in via the micro-USB slot without any complications. All power transfer, programming, debugging, and firmware can also be accomplished via the same micro-USB connection, although you can also use the VIN pin on the header bank to hook it up to a battery. It supports a host of programming languages, including C++, Arduino, and Max/MSP, among others. 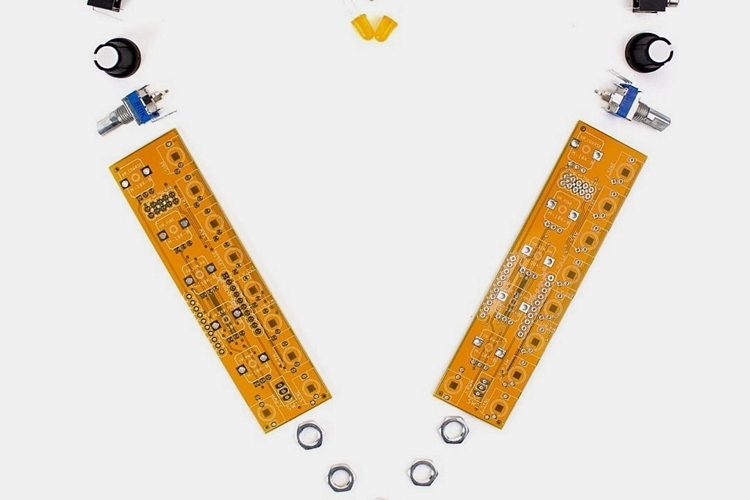 You can get just the board itself and you’ll be ready to get started building that sample player you’ve been dreaming up for a while. However, those who might need some guidance can purchase one of four pre-built devices the outfit has made that uses the board, giving you a chance to reverse-engineer an already-working system. Those pre-made devices, by the way, consist of a breakout board, a guitar pedal, a Eurorack module, and a desktop synthesizer.

A Kickstarter campaign is coming for the Electrosmith Daisy. You can reserve a unit for pledges starting at $29.