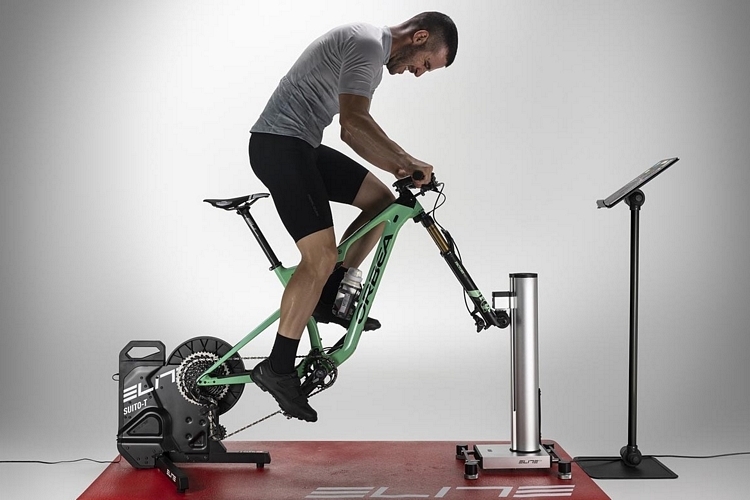 A bike trainer is a great way to get an exercise bike at home without having to buy one of those elliptical machines. Want to add side-by-side motion, so you can mimic the way a regular bike moves when you’re pedaling at high speeds? Throw a rocker plate under the trainer and you’re set. Want to add incline and decline angles, so you can simulate uphill and downhill riding? Replace your front wheel with the Kickr Climb to do just that. The Elite Rizer offers a way to add both using just a single equipment.

Billed as a “gradient simulator with steering,” the device attaches to the front fork of a bicycle while its rear is hooked up to a trainer, essentially giving you full electronic control of both the front and rear sections of the bike. With the equipment in tow, you can control not just the amount of resistance you get while working the pedals, you can also adjust the bike’s incline and decline angles, as well as allow it to rock from side-to-side just like a real bicycle. 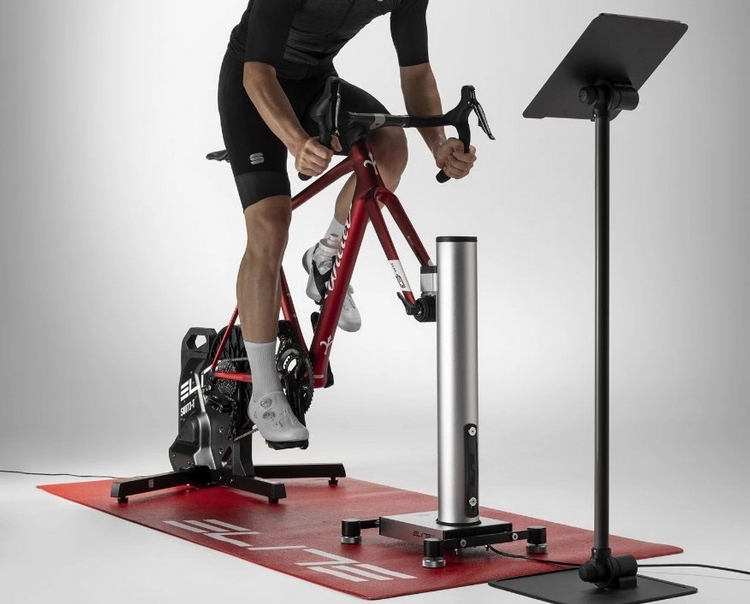 The Elite Rizer consists of a short post set on top of a stable platform, with a mount on one side for attaching the bike’s front fork. The mount can be moved up and down throughout a section of the post, allowing it to raise and lower the bicycle’s front fork to simulate uphill and downhill riding. According to the outfit, it can provide inclines of up to 20 percent and declines as low as 10 percent, so it can give you the same riding experience as the Kickr Climb.

Unlike the Climb, of course, the mount that connects to the front fork can turn 90 degrees in either direction, allowing you to steer the bike left or right, instead of having to hold the handlebars straight at all times for more realistic riding. More importantly, the mount can move sideways, allowing it to simulate that rocking side-to-side motion you experience on a bike when you’re pedaling at a high speed. 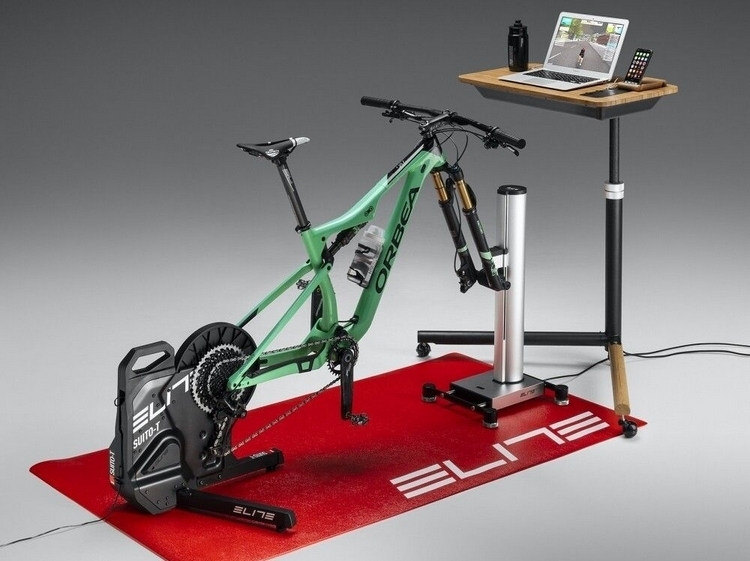 According to Elite, the Rizer’s steering and side-to-side simulation not only brings indoor riding a lot closer to the real world experience, it also engages muscle groups that will otherwise be underused when using just a traditional trainer in the rear. Basically, it can improve the quality of your elliptical workouts in more ways than one. Construction, by the way, is steel and aluminum, so it should be sturdy enough to support the most vigorous cycling workouts, with the whole thing rated to support payloads of up to 264.5 pounds. 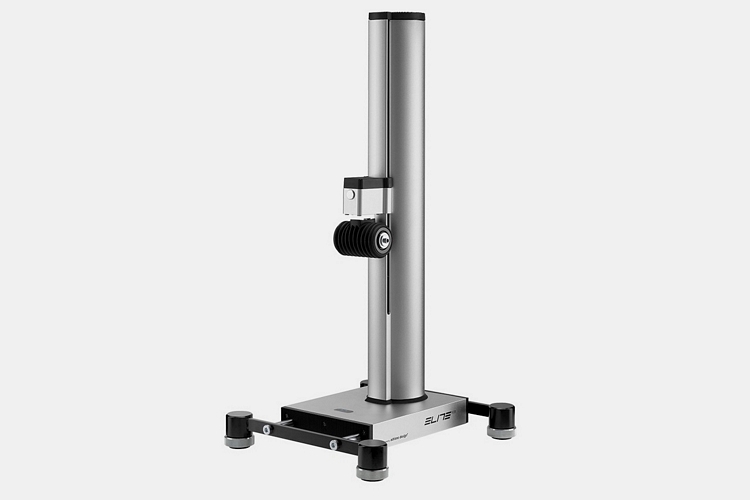 The Rizer is compatible with any bike trainer that won’t constrain the front section of the bike from rotating freely, so it should work with most models that came out in recent years, in addition to five of Elite’s own trainers, namely the Direto XR, Direto XR-T, Suito, Suito-T, and Tuo. And yes, it comes with built-in connectivity, complete with automated operation using any of the compatible apps, including Zwift, BKool, RGT, and more. They also have their own companion app for controlling the device on your own.