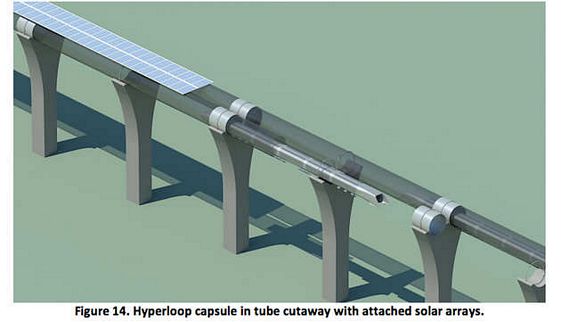 Quintessential entrepreneur-slash-mad-scientist Elon Musk just detailed his concept for the high-speed mass transit system called Hyperloop that he’s been teasing us with for months.  And it genuinely sounds cool as heck, sending a whole lot of engineering nerds into a collective dance of joy.  Well, something like it, anyway.

The basics: it’s a pod-based transport system that can get passengers from San Francisco to Los Angeles (and vice versa) in around 30 minutes; Musk estimates it will cost around $6 to 10 billion;  and it uses technology that’s, more or less, readily available to us right now.

Described as “a cross between a rail gun, the concord, and an air hockey table,” the Hyperloop uses aluminum pods that are shot through steel tubes at speeds of up to 760 mph.   One pod design can hold up to 28 people, each one sat in a reclining position, with another one allowing folks to actually load their cars inside.  The tubes are held in an elevated position using simple pylons, with solar panels loaded on top so the system can generate its own power. 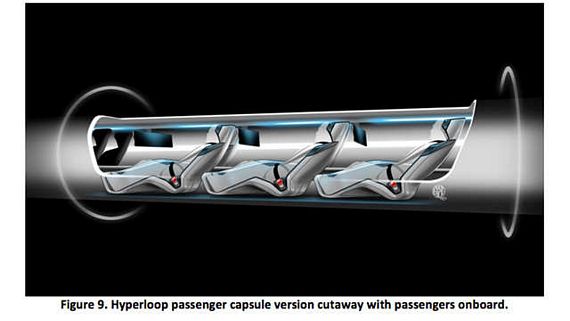 Instead of vacuum tubes like many have thought (Musk claims its impractical to the point of impossibility), it’s going to use low-pressure steel tubes instead, with the pods employing a battery-powered air compressor on the front to actively transfer high-pressure air from the front to the rear.  Similarly, it’s not going to use magnetic levitation to keep the capsules suspended in air; instead, it floats using air bearings to keep it off the ground and running without any friction.  Musk claims this has been demonstrated to work at speeds of up to Mach 1.1.  For acceleration, Musk proposes using linear motors (the same ones used in the Tesla Model S), which have had their rotors unrolled so they produce linear motion instead of torque. 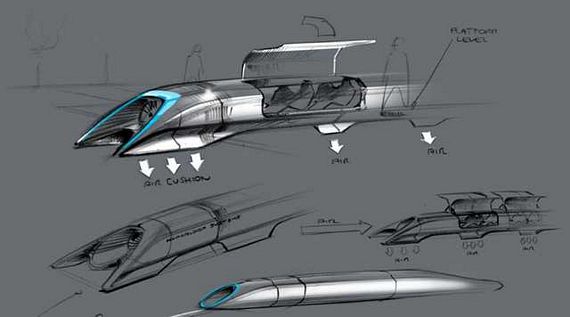 Because a system like this will only work if the pods travel in a straight line (unless you’re fine with passengers puking at every turn), Musk proposes installing it in the existing rights of way path along Interstate 5.  This way, they can have a relatively straight lane between the two cities already in place, just filling in the rest of the system as needed. 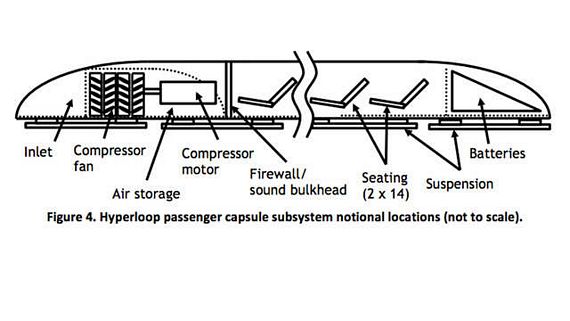 Will he build the Hyperloop himself? Heck, no.  Between Tesla and SpaceX, the dude probably has enough on his plate.  He is throwing the concept out there, though, hoping someone will take up prototyping the darn thing.  He does say he might do it himself, however, if he’s “tempted enough.”