Emergency: What To Do When It Really Hits The Fan 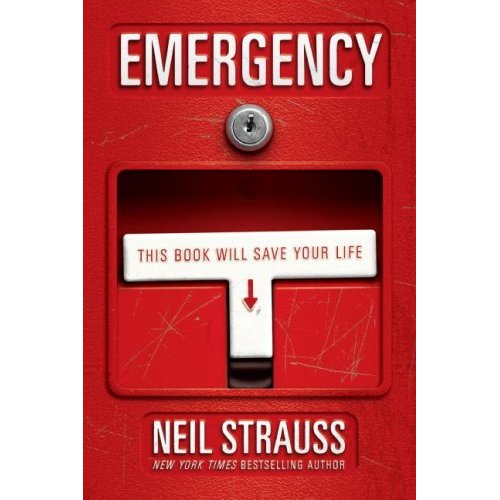 What do you do when going gets tough and the carefully crafted world you’ve built around you falls to pieces?  Most of us probably don’t even think about those scenarios but New York Times best-selling author Neil Strauss did.  He documents the result of that paranoia and learning to be ready for it in his latest full-length book, “Emergency: This Book Will Save Your Life.”

As with his previous works, Strauss delves into his subject and literally lives it.  In the classic and brilliant low-brow tome “The Dirt,” he put himself among the members of Motley Crue during a tour, partaking in their drug-and-alcohol-addled life on the road.  On the 2005 hit “The Game,” he managed to entrench himself into the inner circle of self-proclaimed pick-up artists, reveling in their nightly juvenile pursuits of winning women’s adoration.  For “Emergency,” Strauss throws himself in the midst of survivalists, whose lives revolved around guaranteeing their quality of life when “Doomsday” does rear its ugly head.

Throughout the book, we get treated to the things Strauss learns and gets involved in as part of his quest to arm himself with the necessary skills and instruments to prepare for society’s collapse.  As with “The Game,”  the book packages both an instruction manual and an engaging adventure within the confines of Strauss’ crafty storytelling.

What cool things can you pick up from the book?  First, there are simple survival tricks like how to fashion weapons out of a cigarette and how to live in the woods for days with nothing but a knife.  Next, he features useful skills for urban preparedness, including CPR, flight lessons and escape tactics.  Then, there are actionable legal tactics that point you in the right direction with regards to arranging your affairs, in case the monetary system does collapse (e.g. opening offshore accounts to protect your assets, getting a second passport and changing your identity).

Though the book poorly bandies itself as a survival manual (based on the title alone), it’s actually more about the adventures of a man who fears the potential aftermath of the world’s current conflicts and economic crisis.  Will you be able to survive the worst after reading the book?  No, but he does show you what skills and tools you will need if you want to prepare for it.  When and if the you know what does hit the fan, it pays to be ready. Lets just hope it never does though.