EMILY, The Robot Lifeguard To The Rescue 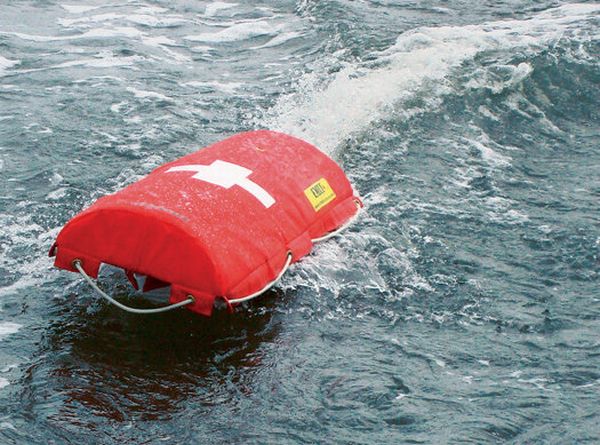 Those Baywatch babes were awesome.  In reality, though, you can drown every summer all you want,  you will never find a lifeguard that looks half as banging as Pam Anderson, Erika Eleniak or Carmen Electra.  So, a robot guarding that lifeguard station won’t make a hell of a difference in your enjoyment of efforts to save your submerged ass.

That’s a good thing, because the robots will probably be taking over.  And it all starts with EMILY, an autonomous robot lifeguard that can streak towards a drowning swimmer faster than any beach attendant.

Created by Hydronalix, the robot’s final version is intended to be an autonomously-working machine that scans for signs of trouble using sonar, then swims directly to the party in danger.   From there, the drowning person can hang on to it as a flotation device, until human help comes or it can take the person directly to shore.

In its current form patrolling Zuma Beach in Malibu, however, EMILY is only operated remotely from the shore.  Since it can run at 28mph, it makes a great first respondent to folks marooned far into the water, since we doubt even David Hasselholf, with all his testosterone and chest hair, can make it close to that speed.

Rather than a replacement for lifeguards, they’re currently looking at EMILY as a very useful rescue equipment.  Armed with a camera, mic and speakers, lifeguards on the shore can communicate with the persons being saved, giving them instructions and calming them down.

A total of 25 remote-controlled EMILY robots will be deployed throughout Zuma Beach until December.  The autonomous version is being targeted for next spring, priced at $3,500.