When Retro Gamers Sneak Drinks In, They Do It Using These Entertainment Flasks 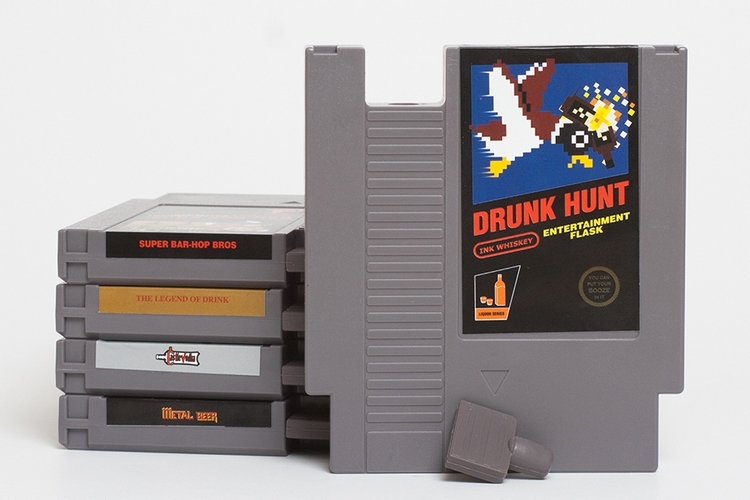 You’re a retro-gaming geek and you make no bones about it. You own a NES clone, bathe with gamer soaps, and even play in a band using a NES Harmonica. So we don’t quite understand why you still sneak alcohol into places using your Starfleet Hip Flask when there are perfectly awesome Entertainment Flasks available out there.

A set of drinking flasks dressed in the form of NES cartridges, it makes you look like you’re merely carrying retro-gaming paraphernalia to serve your throwback obsession, ensuring you’ll fit in whether in a comic book convention, an outdoor concert festival, or a consumer technology trade show. Like all flasks, you can fill it with your favorite libations and slip it in a jacket pocket, ready to be taken out later when events call for a sip of any alcoholic fare. 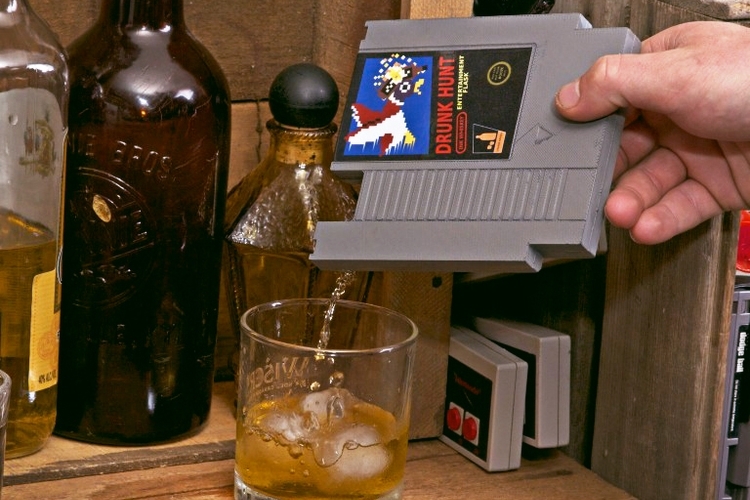 Unlike most flasks, the Entertainment Flask isn’t made from metal. Instead, it uses food-grade, BPA-free plastic to recreate the build of real gaming cartridges. Not only does it recreate the shape of old NES games, it even comes with a vinyl label that features a parodied cover art of a real NES game (e.g. Duck Hunt becomes Drunk Hunt and Mario Bros become Bar Hop Bros), completing the genuine appearance. If you’re worried about the label peeling off after a few cleanings, don’t be, as they made sure to use a high-quality vinyl that’s meant to hold in place despite regular exposure to hot water, soap suds, and hand-washing. 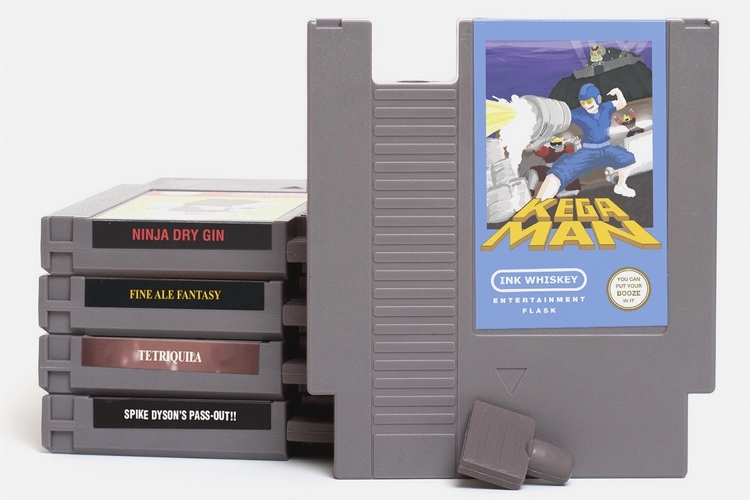