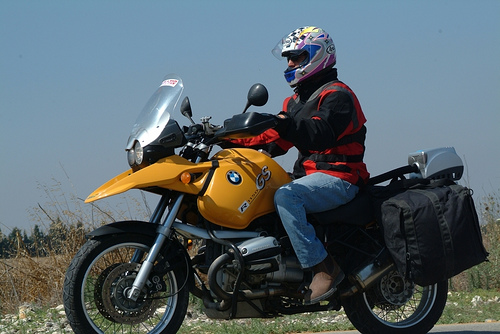 Motorcycling is cool.  Riding the same hog on a desert, however, is just damn hot.  And I don’t mean in a good way either.  Death by dehydration and overexhaustion, anyone?

Israeli company Entrosys is looking to remedy that problem with the BikeAir-1, a weather control system for your bike.  Yep, temperature control, complete with three cooling modes, three levels of heating and three fan settings.  Just like in a car cabin, except you’re straddling a bike.  Sounds retarded? 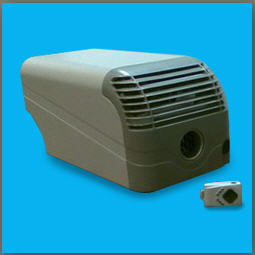 Not really.  The system consists of a box that’s intended for the cargo area of your motorcycle, which draws power from the ride’s integrated 12V system.  Control is managed from a keychain wireless remote.  A personal thermostat system, it funnels either cold or hot air through a tube, which connects to a vest worn under your normal driving gear.   The temperature-altering air will then circulate on the specially-designed garment, providing your body the necessary help it requires to cool down (or warm up, depending on the weather).

According to Entrosys, you’ll need at least a 650cc bike to use the system, since less-powerful machines aren’t likely to have the juice to support both the vehicle and the BikeAir-1 at the same time.  We’re not sure of the prospects of using a rechargeable battery for the thing, but it’s a likely expansion if the product does push through.

The Entrosys BikeAir-1 isn’t out yet, but the prototypes look working.  They’re already offering it on pre-order, with a 20% discount on the price (which isn’t set yet) for the first 500 who sign up.