Whether you like it or not, the era of smartwatches is upon us! People are using it mostly as a fitness and health device. These watches help keep track of sleep, calories burned and number of steps taken to ensure the millennial generation lead a healthy lifestyle. However, they don’t focus on direct medical solutions. But here’s a ‘syringe’ watch designed by a team of students.

Allergic reactions are a very common issue faced by millions of people around the globe. Whether you live in cold climatic conditions or in hot areas, allergies are bound to happen. Some people come across allergies that could cause serious life threatening situations if not treated immediately. The best solution for such individuals is to always carry an epinephrine shot which will provide immediate results. 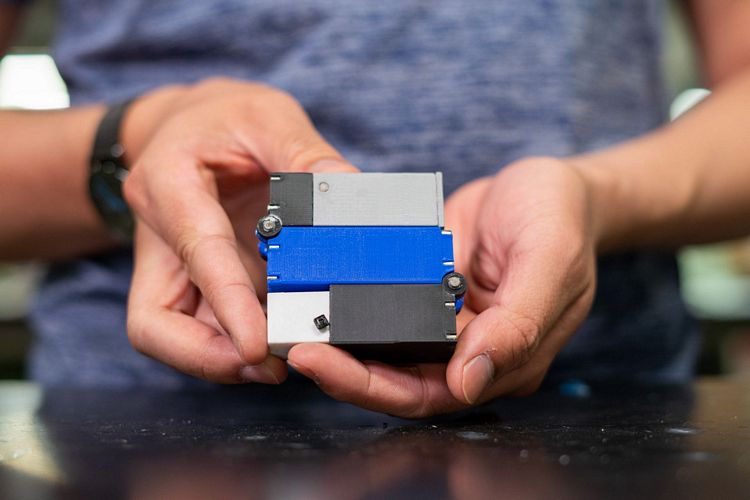 So far, doctors and scientists have suggested it to be used in the form of EpiPen. The only practical problem is that EpiPen should be kept in the jeans pocket or a bag so that you can immediately retrieve it. However, in reality, it may not be easy to retrieve and use it at the right time. Taking this practical problem into consideration, the students at Rice University have come up with a modern and practical solution named the EpiWear.

The concept is quite similar to smartwatches but instead of stuffing the device with OLED displays and processor, it is equipped with a syringe, needle and a small dosage of epinephrine. The overall size of the product is pretty much the same as a watch with a foldable needle on the inside. In times of need, the person wearing it can instantly activate it so that the shot is delivered at the right time and saves them from further complications caused by the allergy. 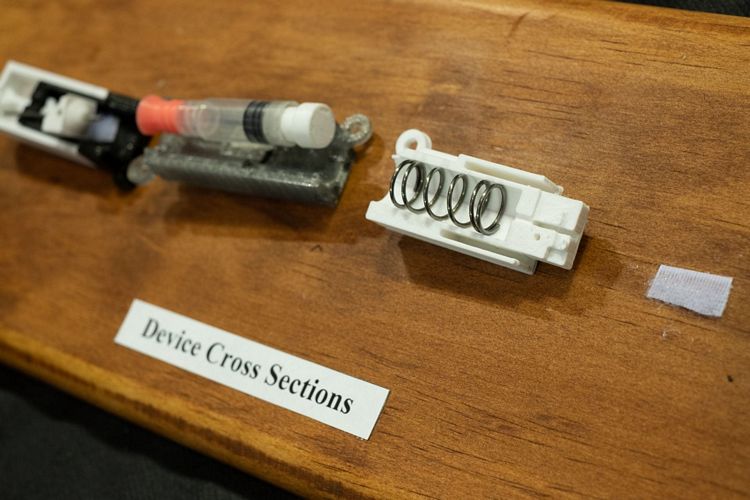 Students who developed this smartwatch confirmed that it is completely a prototype which they created using 3D printers and plastic materials. In order to bring it to the masses, it should be made using more professional materials and marketed by a medical firm. They are quite aware of the safety issues it might pose which is why it is equipped with a three-piece folding design which ensures the needle is not activated accidentally. The person has to manually release the safety lever in order to make it work and a case over the button is also to be added in a future version so that you don’t press it accidentally when doing other tasks.

EpiWear is a great idea on paper and the student team at Rice University had done a prototype which should help a lot of people with severe allergies. If this works out, it can not only be used for allergies but also for a lot of other situations where the patient needs an immediate shot without further delay. It could fill the gap between life and death before a person reaches the doctor to get further treatment. A detailed video has been released online to give you a quick look of this cool, health gadget that might become the future.