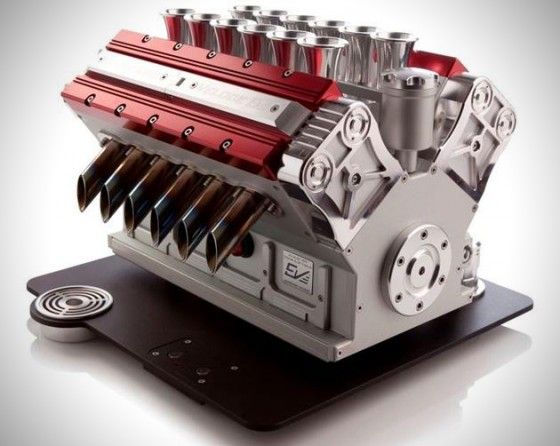 Sometimes, you just want stuff that’s literally over the top.  And when it comes to appliances for brewing your steaming cup of morning sustenance, nothing comes close to the excessively over the top design of the Espresso Veloce V12 Machine.

Styled to look like the grand prix engines of the 90s, it’s being billed as “the most beautifully-engineered espresso machine in the world.”  While everybody else who makes fancy espresso machines will likely have something to say about that, there’s little doubt this is one of the most absurdly amazing kitchen contraptions we’ve ever seen. 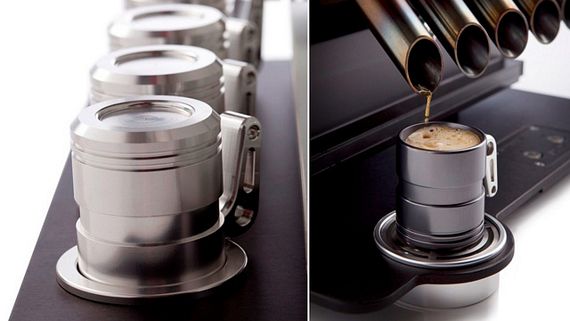 Designed and hand-built by Arte Meccanica Mastrogiuseppe, the Espresso Veloce V12 Machine comes in both V10 and V12 configurations, with each of the tailpipes serving as a separate dispenser.  Just like a real automotive engine, it’s crafted from materials like aluminum, magnesium and titanium, with plenty of touches that give it realistic detail.  They’re only half scale, though, so don’t worry about the coffee machine taking up the entirety of your counter space.  I mean, where will you put your Breakfast Sandwich Maker then?

We don’t know if the engine revs and rattles when you get it cooking (probably not), but that would make for a lovely kitchen scene indeed.  Aside from making multiple espresso servings at the same time, the oil filler also serves as a grappa reservoir so you can mix yourself a caffe corretto for that extra hit.

Only 500 Espresso Veloce V12 Machines will be built, although pricing has not been announced.