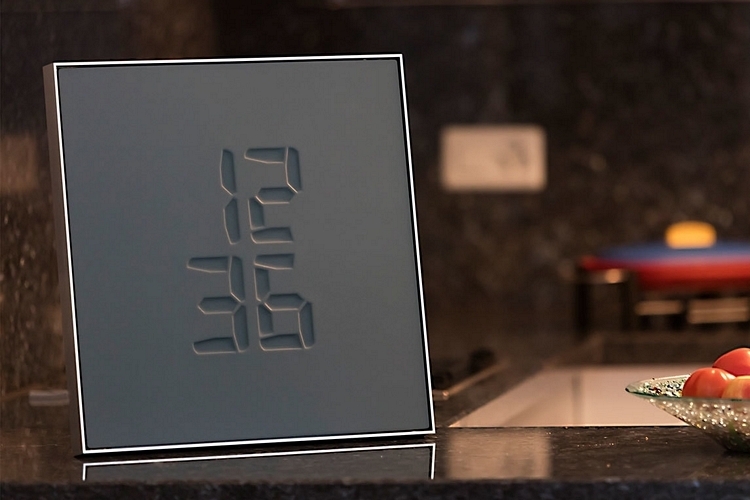 It look like a slab of rock with numbers permanently etched on the surface. You know, like a decorative sculpture you can set down on a table in the living room. Except, the Etch Clock is an actual timekeeping machine, so those numbers etched on the surface get amended at regular intervals.

No, the clock doesn’t actually modify the etching on a slab of rock because that would require some outright sorcery. Instead, that rock-like surface is an elastic membrane that can hollow out at various sections to form numerals and display the time, with an aesthetic that resembles etchings on a smooth rock surface. 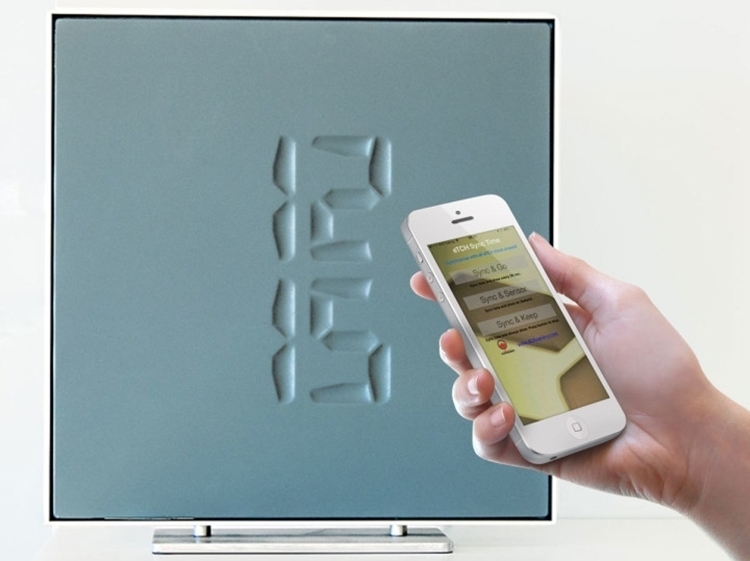 The Etch Clock holds that elastic membrane inside an aluminum frame that you can either hang on a wall or set down on a table.  They don’t reveal what mechanisms create the depressions on the thermo-elastic membrane, although we’ll assume it’s some sort of pump that sucks sections of the surface in. Unlike regular wall clocks, it doesn’t draw power from batteries, so you’ll have to plug it in to a wall outlet to get the mechanism running. 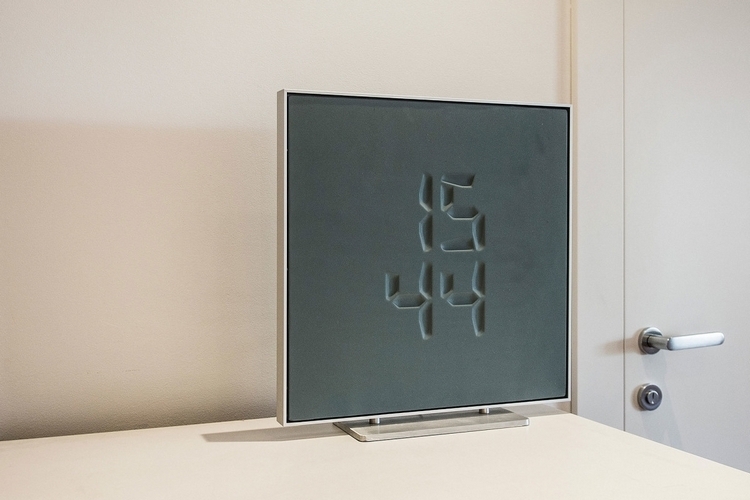 Since sucking in the surface uses up energy, the clock only shows time for a couple of seconds before returning to a smooth surface. It does that at a rate of once every 30 seconds, although it does offer the option of checking whether there’s ambient sound first to make sure there are actually people in the room who will need to see the time.