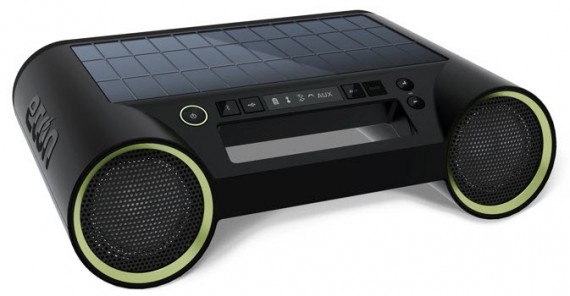 Solar-powered gadgets usually embrace their industrial looks without much protest, so I’m used to being unattracted to shiny things with built-in solar charging.   Not the case with the Rukus Solar, a solar-powered boombox that actually bears some dapper styling.

Made by Eton, the device is about as sleek as any of the modern boomboxes we see these days.  Instead of being a distracting sight, the large swath of solar panel actually looks like an integral part of the design, looking perfectly at home regardless of whether the panel is faced up or on the side. 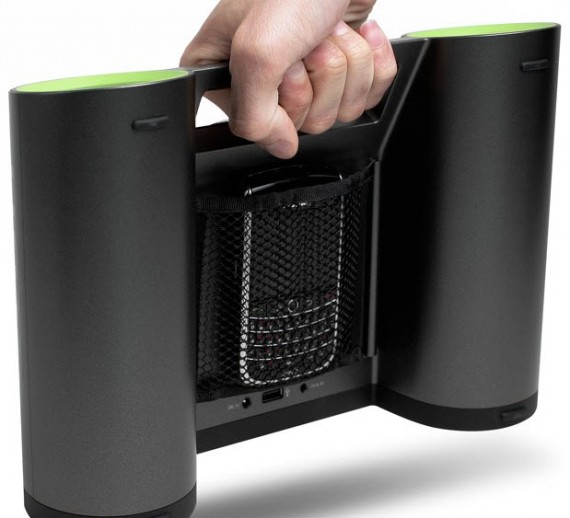 Built for the outdoors, the Eton Rukus Solar is a wireless portable boombox that can work with any Bluetooth-endowed music source.   Since it draws powers from sunlight, it’s meant to be used with the wide side down, facing the monocrystal solar panel upwards to maximize the amount of light it can soak up.  Six hours of direct sunlight is required to fully charge the onboard battery, which can also be replenished via an AC adapter.

The speaker features a pair of 2.25-inch drivers (producing 14W of stereo sound), an e-ink display (to minimize power use and visibility under sunlight), physical controls sitting right next to the solar panel (power, Bluetooth, volume, aux and bass) and a USB port for charging your mobile gadgets.   There’s a built-in handle on top for easy portability, as well as a mesh pocket in the back for dropping in your handheld devices.

The Eton Rukus Solar will hit stores beginning in the second quarter, priced at $149.99.