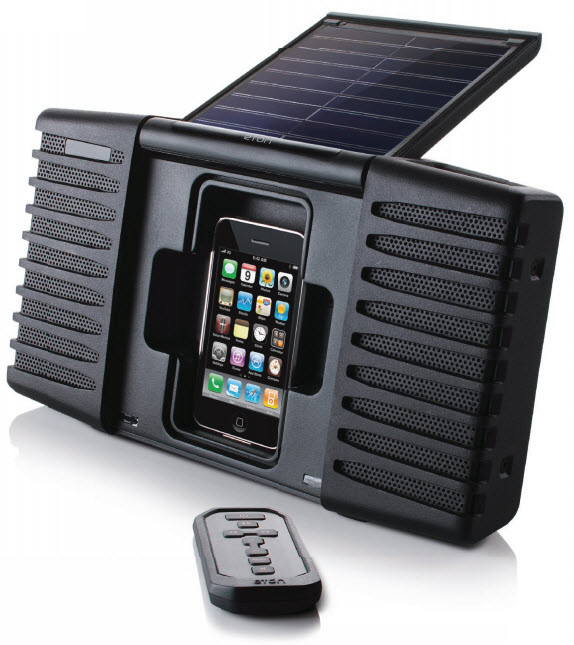 Are you still searching for an iPod speaker to play the soundtrack to your beach and poolside misadventures?  You might want to consider the Eton Soulra, a ruggedized iPod speaker system with solar-charging capabilities.

First off, how cool is that name?  Brings up fond memories of Mumm-ra (the ever living), except with some “soul” in it, instead of a rotting carcass of somewhat preserved demon flesh.   Thundercats reference aside, this thing looks awesome – especially for an accessory with a durable, rubberized aluminum body and IPX-4 splash-proof housing. 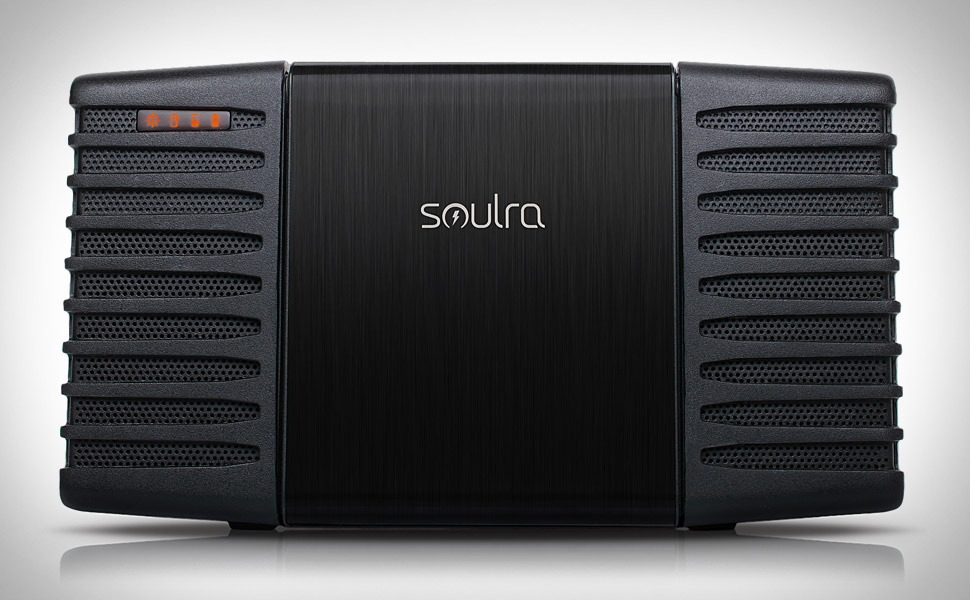 The Eton Soulra measures 6.63 x 3.5 x 11.8 inches (h x d x w) and weighs 3.5 lbs, making it a handy, portable music box for your parties by the water.  Armed with two full-range speakers, it drives a total output of 11W and adds bass boost for some serious sounds.  Docking area (under the flap) is compatible with all iPods, iPod Touches and iPhones.  There’s also an auxilliary input for other media sources.

Onboard rechargeable battery can deliver up to four hours of playback at mid-volume, which you can supplement with trickles of bonus juice from the built-in solar panels hiding on the inside of the case flap.  Plugged to an outlet, the battery can draw a full charge in four hours; under sunlight, it can top up in ten.

Sure, the battery life won’t make it a viable addition to extended stays outdoors, but the Eton Soulra does make a nice case for being your go-to speaker for impromptu beach parties.
[phpzon]Etón Soulra Solar Powered Sound System, 1[/phpzon]