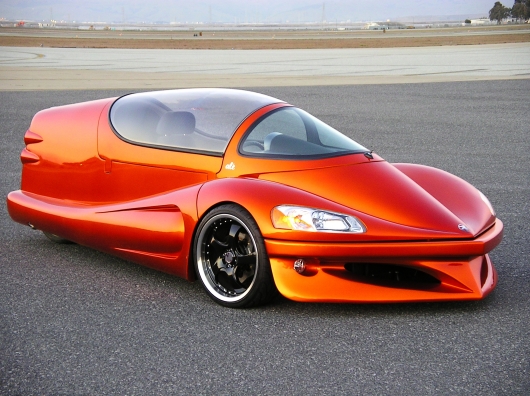 A whopping 275 mpg.  That’s the claim that Future Technologies is making for their teardrop-shaped eVaro, a hybrid eco-car that’s among the participants for this year’s Automotive X-Prize.

According to the creators, the ride achieved the milestone mpg average during testing at British Columbia while running at city speeds of between 20 to 60 mph.  For highway driving at between 70 to 120 mph, the car posts mileage of 135 mpg equivalent – still a mighty impressive feat. 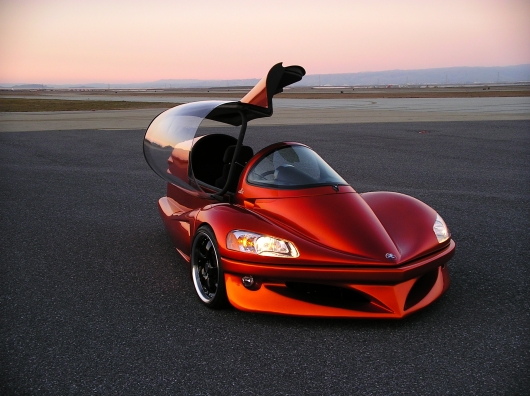 Those awe-inspiring numbers don’t even tell half of what the three-wheeled eVaro can do.   Fitted with an electric powertrain and a gas generator, the single-seater car can do up to 135 mph, with a 0 to 60 time of only five seconds.  The numbers aren’t surprising since among the vehicle’s design goals are to build an eco-friendly car that can outperform regular gas guzzlers on the road.

Because it splits power between the battery and a backup gas tank, the car isn’t completely emissions free.  It isn’t so bad, though, since you’ll only need to depend on petrol for short amounts of time – the car can stay strictly on electricity for up to 125 miles. 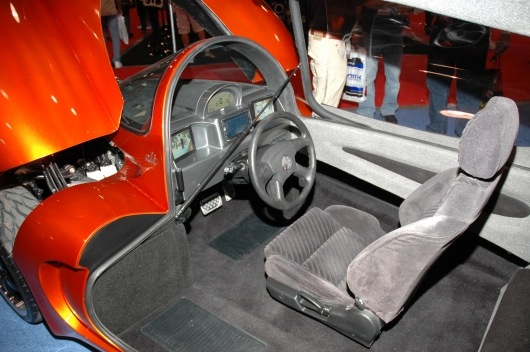 Why not just go all electric?  According to the company, an onboard generator (which converts gas to juice for the battery) ensures motorists will have unlimited extended range, leaving the car usable for long stretches of driving (face it – gas stations are everywhere, EV plugins aren’t).

The eVaro is still under R&D and won’t be in production anytime soon.  According to the company, they do have the facility in place, ready to churn out 3,000 of the vehicles once it gains enough traction after competing at the Automotive X-Prize.  I seriously can’t wait for the vehicles that do start selling once that contest is over – I have a feeling we’re going to see some serious insanity.