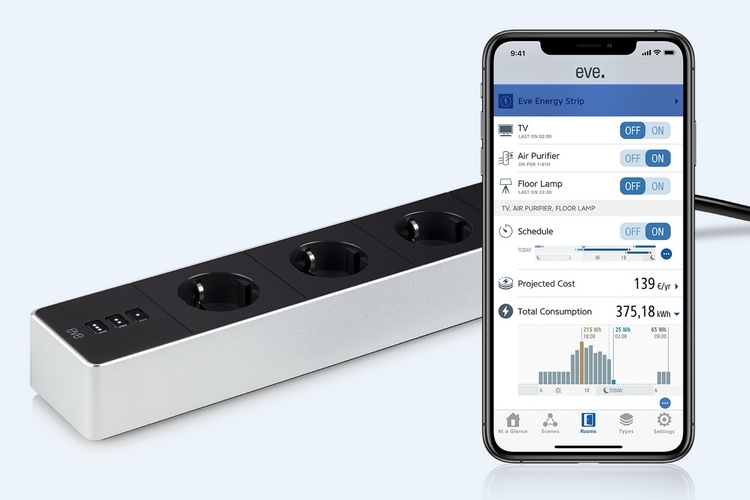 We’re big fans of using power strips, since most modern ones protect from overcurrent, overvoltage, and power surges, making them safer for all your appliances and electronics. The Eve Energy Strip makes them even better by adding the ability to control the current flow on each individual outlet remotely, allowing you to integrate erstwhile traditional items to your smart home setup.

We know, there aren’t a lot of appliances and electronics you can control with a power outlet, since most of them will still require you to press or toggle the power control. Still, there are plenty of stuff that you can keep running permanently (especially those that use a toggle control for power), which you can then automate by simply controlling the power flow to the strip’s individual outlets. 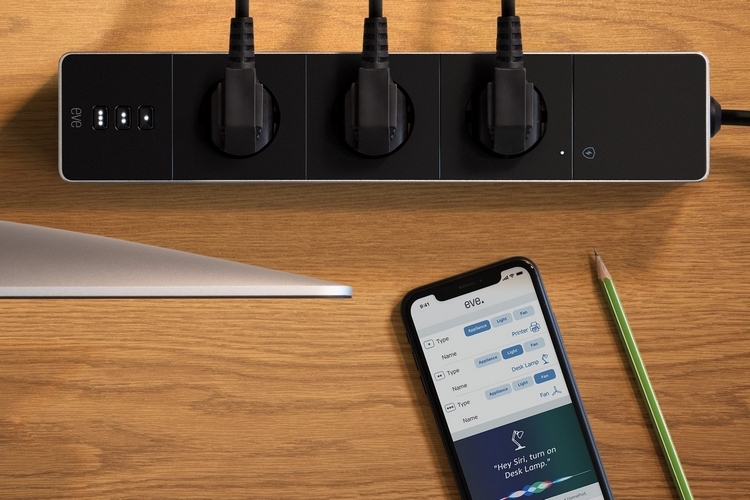 The Eve Energy Strip is an erstwhile regular-looking power strip, with three outlets, each of which can be individually controlled from the companion app, so you can keep one running while totally cutting off power from the others you don’t need at the moment. Sadly, it’s iOS only, so the contraption is strictly for iPhone and iPad users. On the upside, it supports Siri, so you can switch each outlet on and off using voice commands directed at Apple’s voice assistant. It supports scheduling, so you can set exactly what times each outlet should power on and off, while a rhythm syncing feature can learn how you use each outlet, then automatically turn each on and off based on your habits.

Aside from controlling the outlets, the app can monitor the power consumption on each one, give you the total usage for a certain period, and even calculate how much it will cost, so you can use it to review your electrical usage and consumption. This way, you can get an idea of what items eat up energy even when they’re in standby mode, allowing you to make smarter decisions about which outlets to shut off during which times of the day. 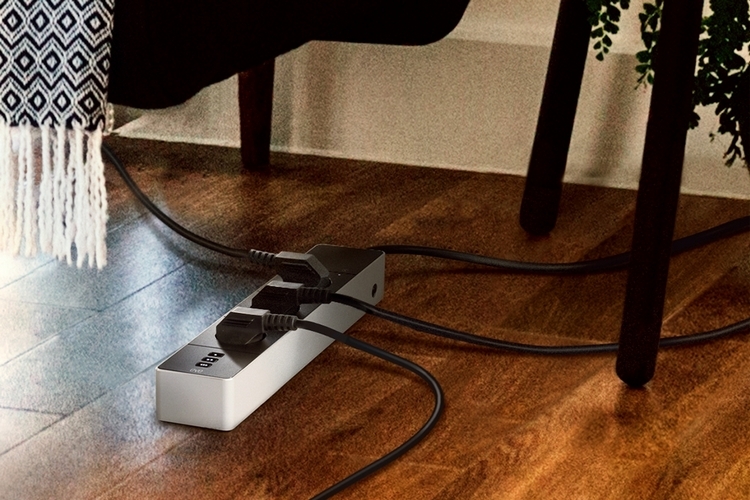 The Eve Energy Strip is, of course, fitted with all the modern safety protections you find in power strips today. That includes elements that prevent the occurrence of overcurrents, overvoltages, and surges, ensuring none of your appliances and home electronics are ever damaged due to spikes, short circuits, and other power issues in your home. Not to mention, of course, the classic benefit of power strips, which is their ability to give you additional outlets without having to fiddle with your home’s electrical wiring. 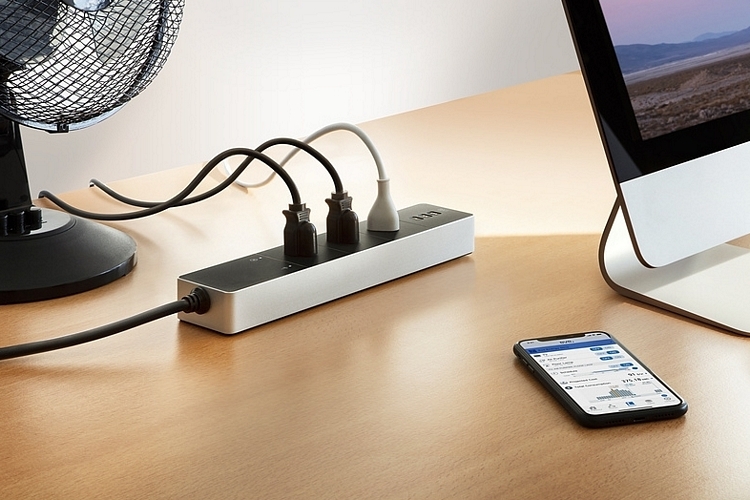 The app, by the way, integrates with Apple HomeKit, so you can control it directly from the iPhone maker’s Home app, making it a good choice for people who are already invested in the ecosystem. That means, you can set it to turn on and off in sync with other HomeKit-enabled objects in your home, so you can power up multiple items by simply tapping a single button or reciting a single voice command.

Want one? The Eve Energy Strip is available now.