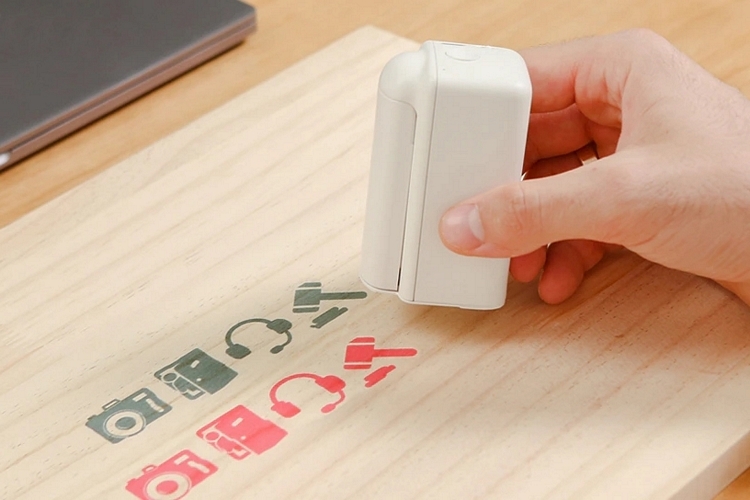 It looks like a large printer cartridge. You know, the kind that holds the ink that your printer uses to leave marks on a sheet of paper. Except, the Evebot PrintPods is actually a handheld printer that you can use to print text and graphics on nearly any surface.

We know, handheld printers aren’t exactly new, as people have been using them to mark packages and other items for quite some time now. Far as we know, though, no handheld printer in the market comes in a size as compact as this thing, making it so much more convenient to bring anywhere you go. 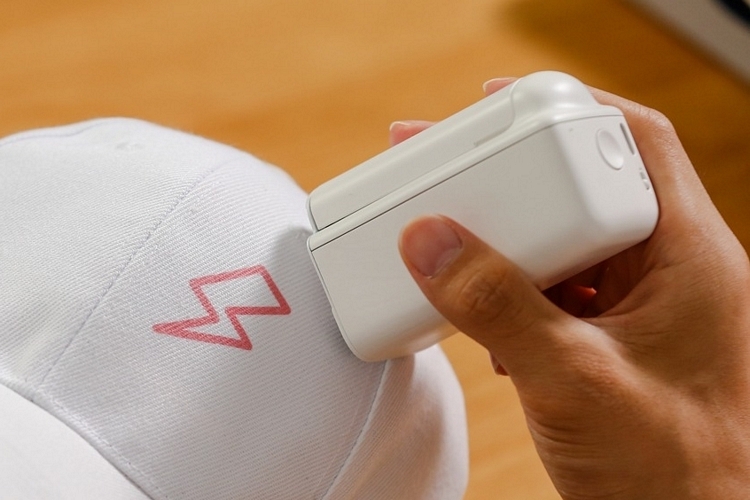 The Evebot PrintPods measures just 3.7 x 2 x 1.7 inches (height x depth x width), making it small enough to fit inside backpack pouches, jacket pockets, and even in some shirt pockets. That means, you can keep this with you at all times, so you can print stuff whenever you feel like it in a pinch.  It works with the companion mobile app (iOS and Android), so you don’t even need to have your desktop or laptop with you to use the device, with the device connecting to your phone either directly via Wi-Fi hotspot or through the network connection (you connect both devices to the same router).

To use, simply launch the app, establish a connection between the devices, and choose a design you want to print. It has a wheel-like sensor at the bottom that activates the print head as soon as it touches any surface, accurately detecting and printing as you move the printer sideways. Want to print in multiple colors? While it can only hold one 20ml cartridge of ink at a time, you can easily swap in new cartridges at any point – just pull off the protruding section out front (that’s the cartridge) and swap in a new one. 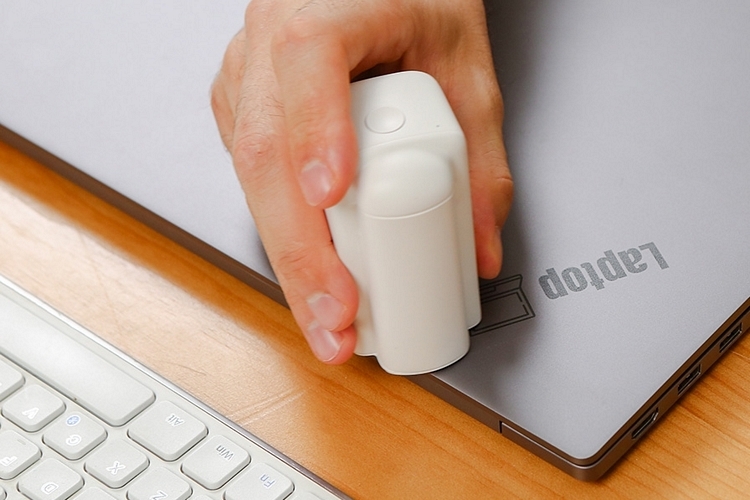 The Evebot PrintPods can print at a density of 300 dpi, so it should be able to reproduce any images or text in a clear and legible manner, while the onboard battery supposedly holds enough power to let you perform 1,000 prints between charges. Granted, we don’t know what a “print” means in that context, so it will probably be a good idea to have a power bank nearby if you plan to use it a lot. It can print images a maximum 1.02 inches tall, so you’re limited to what kind of things you can actually print using this device. You can, however, move sideways as much as you want, allowing you to print images of any width. Alternatively, you should be able to cut up images in panels of 1.02-inch heights and print them one after another, although that’s admittedly a bit more work while being prone to manual errors.

According to the outfit, the printer works on paper, fabrics, wood, plastic, metal, leather, and even human skin, so you can print fake tattoos on your arm if you feel like it. It’s not confined to printing on flat surfaces, too, as it can leave its mark on curved and awkwardly-shaped items (they show a GIF of the device printing on leaves and rocks).

A Kickstarter campaign is currently running for the Evebot PrintPods. Pledges to reserve a unit starts at $109.