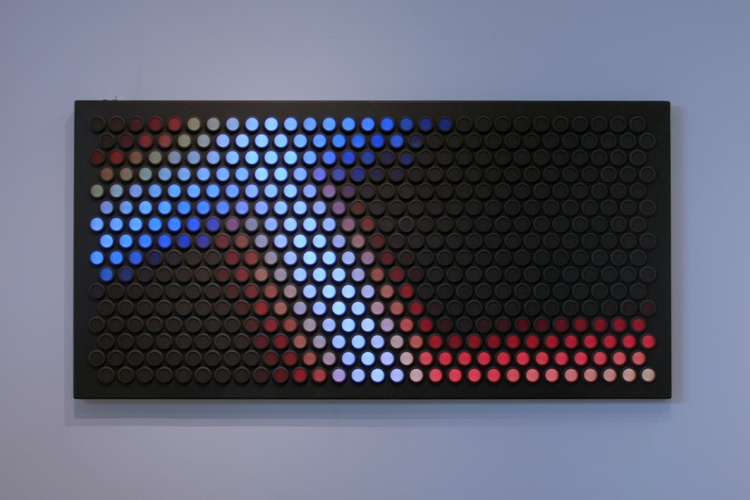 Arrays of LED lights can make for awesome 8-bit graphics, as we’ve seen from products like the L8 Smartlight. Turns out, they look even more awesome in the form of a giant wall-mounted array like they do with the Everbright.

Described as a “giant toy,” it’s a wall-mounted board holding hundreds of LED-equipped dials, filed in multiple rows of alternating columns. Turning a dial morphs the color-changing LEDs across the millions of available hues, settling on a particular shade only once you’ve stopped. Do it for other dials on the board and you can fashion a whole host of designs, from your name to abstract images to 8-bit recreations of your favorite pop culture figures. 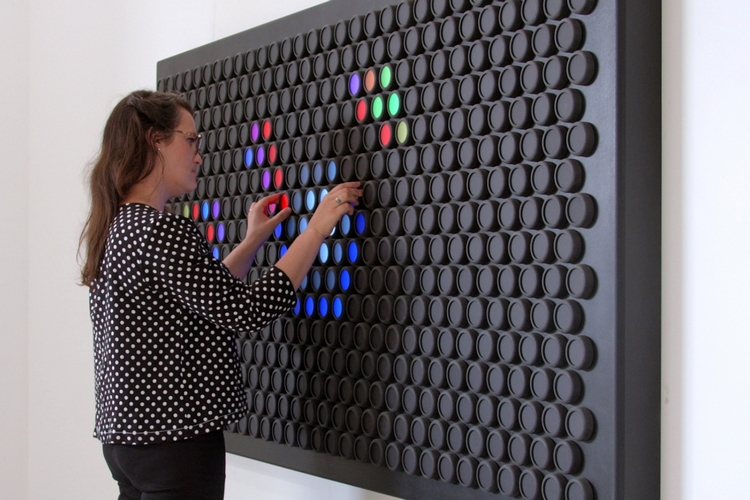 The Everbright is, basically, a giant version of Hasbro’s classic Lite-Brite toy. Except, instead of slotting LED-equipped pegs into holes, it comes with pre-installed dials that can change colors. It comes in two versions, Mini (232 dials, 46 x 46 x 5 inches) and Incredible (464 dials, 46 x 93 x 5 inches), with a third version called Epic combining two Incredibles into one installation. 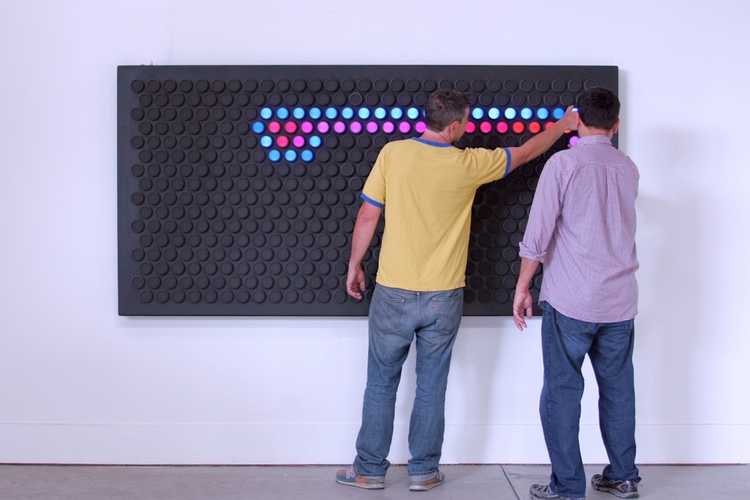 Designed for offices, it’s meant as an alternative to foosball tables and other workplace toys, giving employees a place to exercise their creativity, while encouraging interactive engagement between co-workers. Aside from being manually manipulated, it can also be programmed to play individual animations, so you can turn it into a dynamic art display for lobbies and hallways, as well as signage for businesses.

Now available from Hero Design, pricing for the Everbright starts at $14,000.