Satisfy Your Retro Gaming Thirst With The Evercade Handheld Console 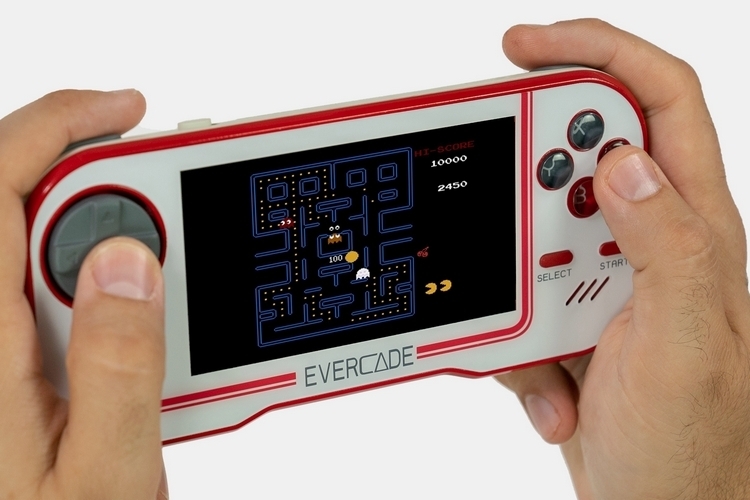 Whether you love retro games, enjoy them as an occasional time-filler, or baffled by their amazing endurance, it’s a fact that the simpler games of yesteryear just will not go away. Not only can you get retro game packs for consoles and PC, there’s also a ton of handheld and home consoles dedicated to older titles. The Evercade is an upcoming rig for classic games that can serve as both a handheld console and a home gaming system.

That’s right, the upcoming console is taking a page from the Nintendo Switch, allowing owners to both use it as portable gaming device and plug it to their TVs for use as a home console. This way, you get to enjoy your retro games on the go, all while still being able to play them at the big screen in the living room when the wife isn’t bingeing on 90-Day Fiance. 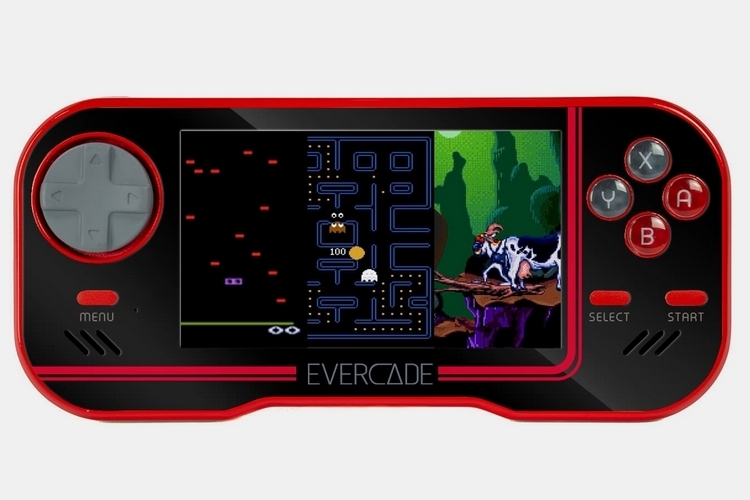 The Evercade looks like a standard off-brand handheld console, with a 4.3-inch screen, a D-pad on the left side, and four action buttons on the right, along with the familiar Select and Start buttons. While the controls sound sparse for 2019, it’s just enough of a gamepad for use with the kind of games it’s designed to run, which happens to be the roster of 8-bit and 16-bit games that came out during the early days of home console popularity. The screen size, by the way, is exactly the same size as that on the PSP, so it should be large enough to be perfectly viable for playing on the go.

An HDMI slot allows you to plug it to your TVs and monitors at home for large screen gaming, making it very easy to integrate into your living room or desktop setup without having to make any changes, while onboard storage lets you save game progress for any title that you play. The rechargeable onboard battery, by the way, can hold enough charge for up to five hours of gameplay, so while it’s decent, you will want to bring a power bank if you like playing for hours on end. There’s no Bluetooth, but it does have a 3.5mm slot for plugging in headphones. 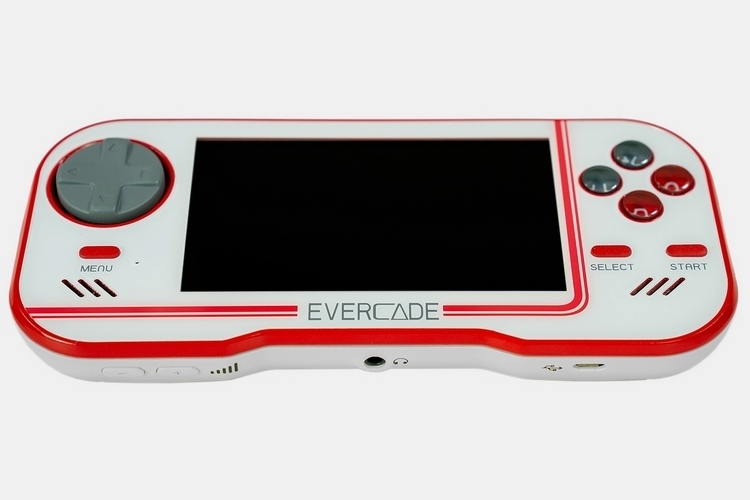 Instead of relying on unlicensed ROMs like many retro handhelds in the market, the Evercade uses licensed cartridges, which plugs into a slot at the top of the device. At launch, it will have a total of 115 titles available, including Pac-Man, Dig Dug, Earthworm Jim, and other beloved games from yesteryear. As of now, the outfit has confirmed agreements with Atari, Interplay, Namco Museum, Data East, Mega Cat Studios, and Piko, with even more publishers likely to come on board if this thing does well enough. From what we can tell, each cartridge will bundle games from a single publisher and contain anywhere from six to 20 games apiece. A cartridge called Interplay Collection 1, for instance, puts together BattleChess, Boogerman, Clayfighter, Earthworm Jim, Incantation, and Titan, just in case you’re wondering about how the games are grouped.  According to the creators, they’re also talking with indie publishers to develop new retro-style games for the platform. 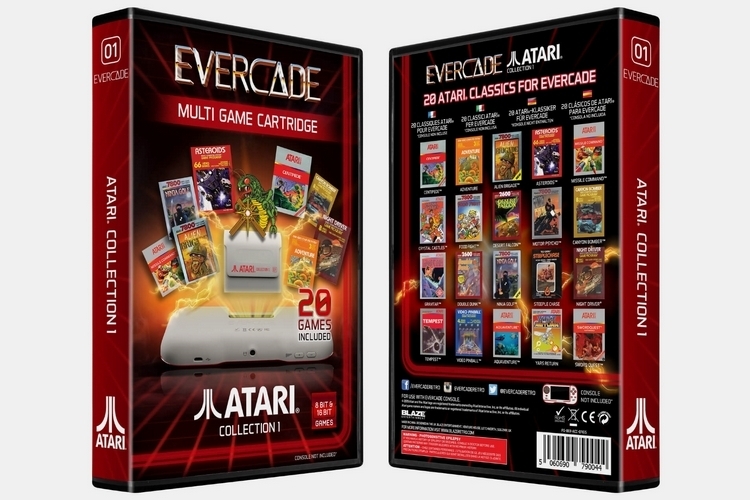 The Evercade is available for preorder, priced at $79.99 with one cartridge and $99.99 with three cartridges. Each game cartridge will be sold separately for $19.99. Release is scheduled for March 2020.