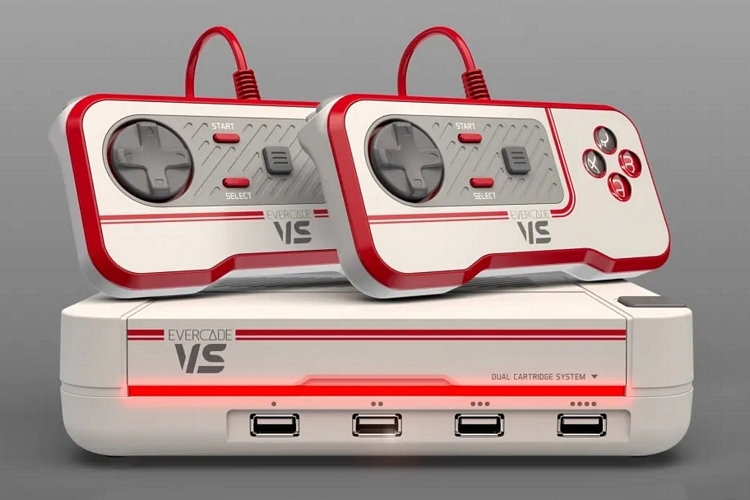 We’re big fans of Evercade’s handheld console, which lets you play affordably-priced licensed retro titles, so you can get your retro gaming fix without having to deal with the hassles of ROM files and emulators. Yeah, it makes for a whole lot smoother gaming experience. The Evercade VS puts that hitch-free gaming experience into a home game console.

That’s right, you can enjoy retro gaming on your big screen TV with no need for actual cartridges from before the turn of the century or the inconsistent performance you usually get with emulator-based machines. Whether you’re young enough to look at these games like historical relics or old enough that you play them to recapture some childhood wonder, this thing lets you enjoy classic titles in a seamless manner. 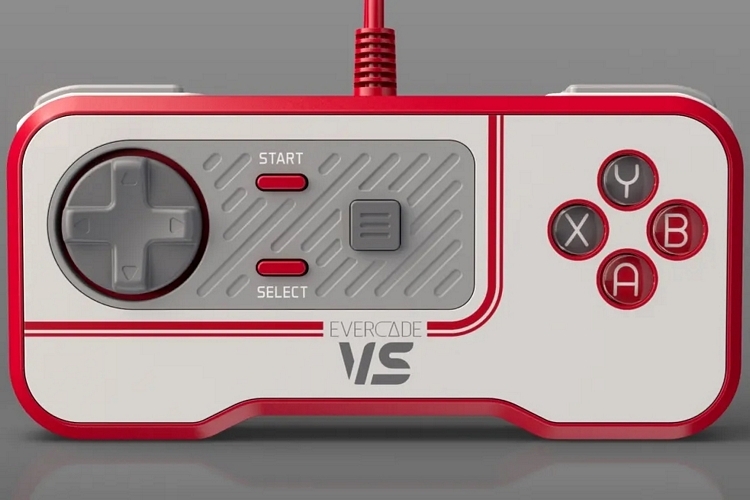 The Evercade VS is a gaming console that plugs in to your TV via HDMI, allowing you to enjoy the classic games of the 80s and 90s in eye-popping 1080p. It offers a variety of screen scaling options, so you can compress the game footage a bit if a particular game doesn’t quite look great when blown up on a 55-inch TV with its limited pixels, although we’re assuming they’ve done some work to render these games (they’re licensed, after all) to look good with the detailed resolutions of modern displays.

You know how most retro home consoles are designed for single player or two player gaming? They scoffed at that notion and integrated four-player gameplay, allowing you to infect your friends with your retro gaming affliction. That’s right, you can plug in up to four of the outfit’s own USB gamepads on the system to enjoy either four-player coop or two-on-two versus gameplay. And yes, it even works with any standard USB controller you currently have lying around. Whether you’ve loaded a four-player side scroller, a fighting game versus mode, or a cooperative space adventure, this thing lets you turn your gaming session into a veritable party with friends and family in tow. 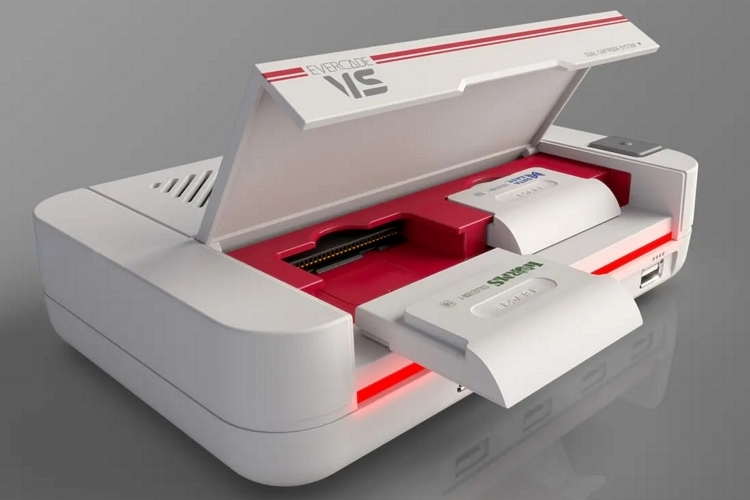 The Evercade VS’ gamepad looks like standard fare from the retro gaming era, with a D-pad, four action buttons, and a quartet of buttons on the shoulders. As with their handheld console, you can play games by loading them via cartridges, each of which contain a variety of games packaged as a bundle. In this case, though, you can load up to two cartridges at a time, giving you access to a good load of games, so you don’t have to waste time swapping cartridges each time out. 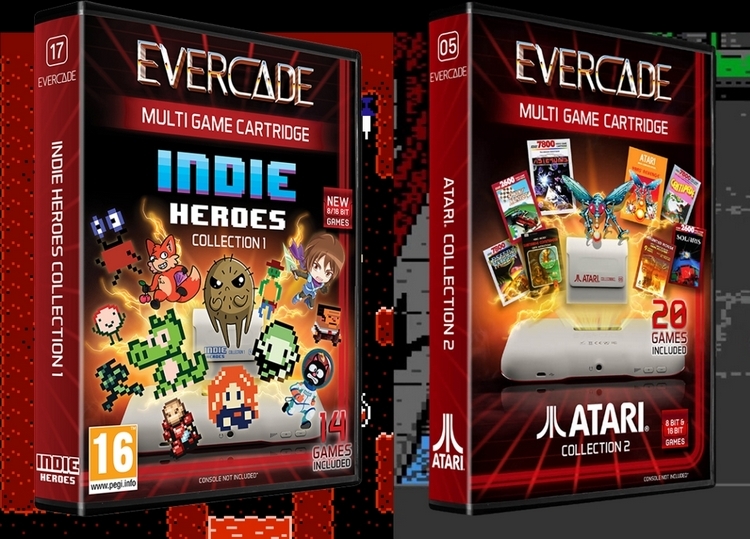 What games do the cartridges contain? A whole lot of familiar titles. As of now, they have over 260 games licensed from companies like Atari, Interplay, Namco, Codemasters, and more, with each cartridge bundling anywhere from a couple of titles to over a dozen games from a specific outfit. Yeah, some games are bigger than others, so you get fewer titles in some bundles. Their online store currently has 17 different cartridges available.

The Evercade VS is slated to launch in November, priced at $99.99. Preorders start at the end of May.