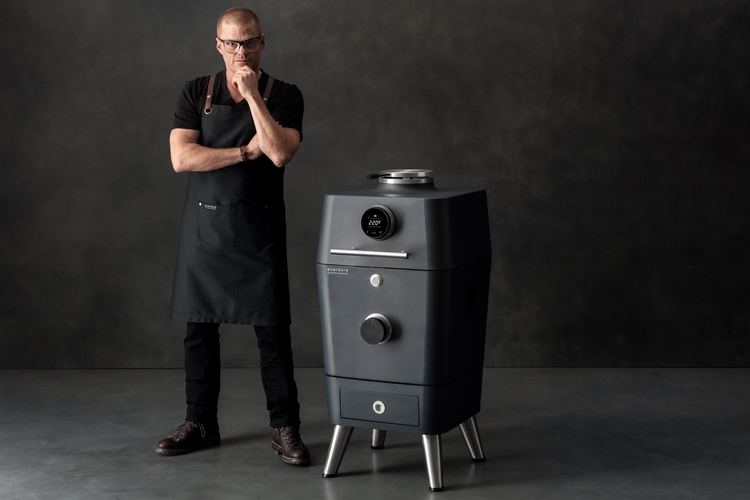 It looks more like a furnace than a grill. Despite the appearance, the Everdure 4K is definitely a charcoal-fired cooking machine that’s likely equipped to cook your food better than whatever you have sitting in the backyard. Well, maybe not if you have one of these, but it’s definitely good enough to take it head-on.

Released by Everdure in partnership with Triple Michelin-star chef Heston Blumenthal, the grill supposedly draws inspiration from Kamado-style stoves and ceramic clay cooking. You know, those 4,000-year old cooking traditions that gives the grill its name. Well, whatever relationship those ancient cooking equipment has with this one, they must have been terrific because this thing sounds awesome. 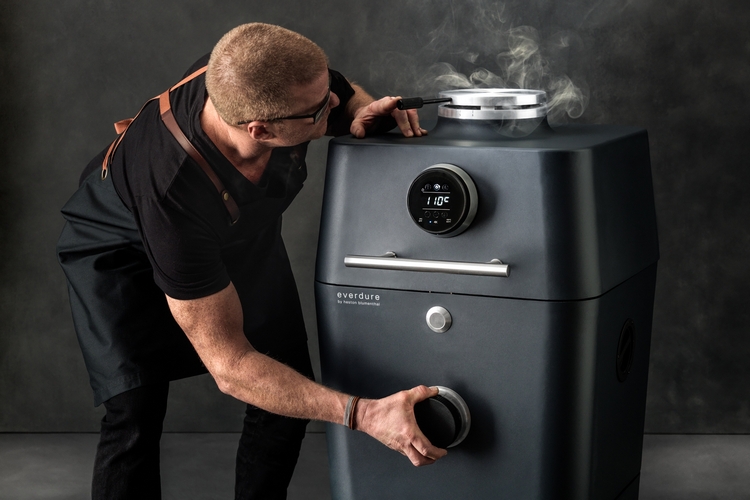 The Everdure 4K has a lid that completely covers the cooking grates, allowing you to lock in the heat to make everything cook evenly. You know how you have to lift up the lid and insert probes into your meats to check whether it’s reaching the perfect temperatures, causing a lot of heat to escape? Well, that’s not necessary here, as the device comes with built-in probes on the hood that you can stick into the meats as soon as you lay them on the grates, while a small touchscreen panel outside the lid allows you to see the temperatures (both Celsius and Fahrenheit) on each of the probes in real time. There are also four additional probes inside, which you can use to check the temperature inside the cooking area at any time. All those readings can be viewed from the display on the lid, as well as the companion app over Bluetooth.

Just to completely eliminate losing heat unnecessarily, the grill also won’t require you to lift the lid to add more charcoal to the fire. Instead, there’s a reloading port on the side that lets you easily add fuel to the firebox without having to let the heat out. 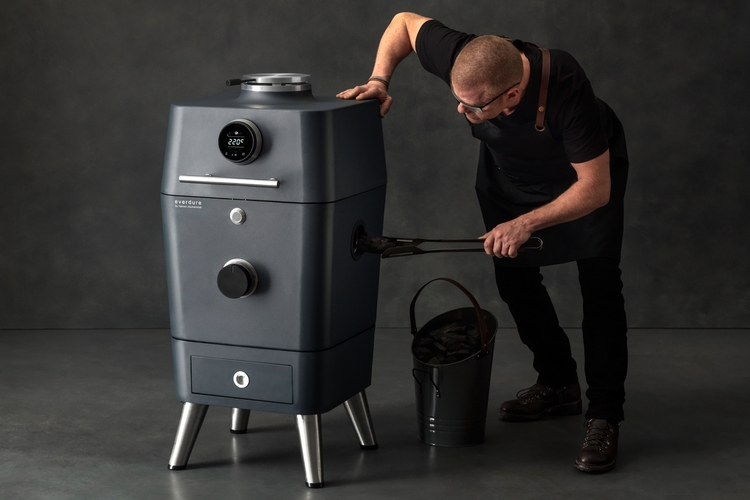 The Everdure 4K has a fast ignition system that fires up the grill with a single push on the touchscreen panel, immediately heating the cooking area without the long waits of traditional grills. Despite getting very hot quickly, the grill stays cool to the touch, courtesy of the integrated insulation that minimizes heat transfer to the sides and front of the enclosure. Adjustable vents at the top and bottom of the grill allows you to control heat levels by simply turning the knobs – just turn the bottom knob to a higher setting grow the flames, turn the top knob to a lower setting to keep heat in, and so on. 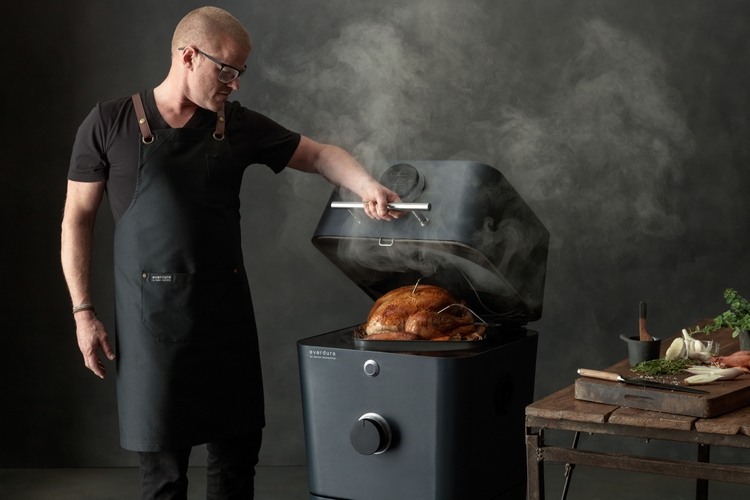 Each grill comes with two enamel grates, two stainless steel grates, a cordierite pizza stone (it supposedly gets hot enough that you can cook Neapolitan-style pizza in two minutes), and a pair of tongs. Other features include a water container, an internal light (so you don’t need additional lighting when grilling at night), die-cast aluminum outer body, and five colors with a UV-protected paint finish. 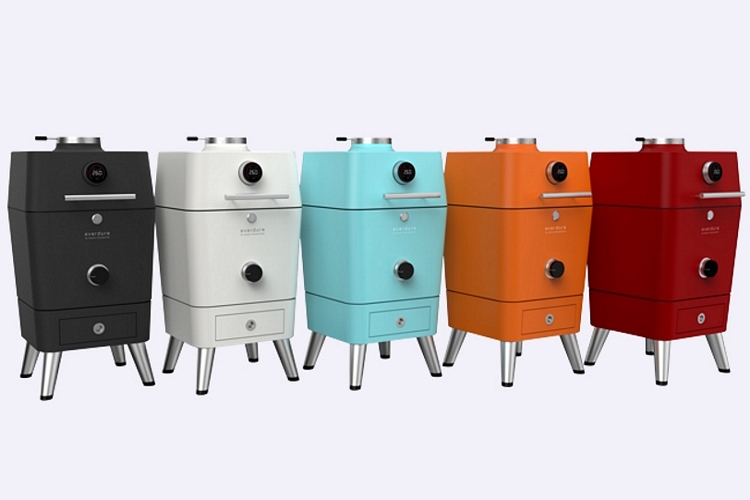