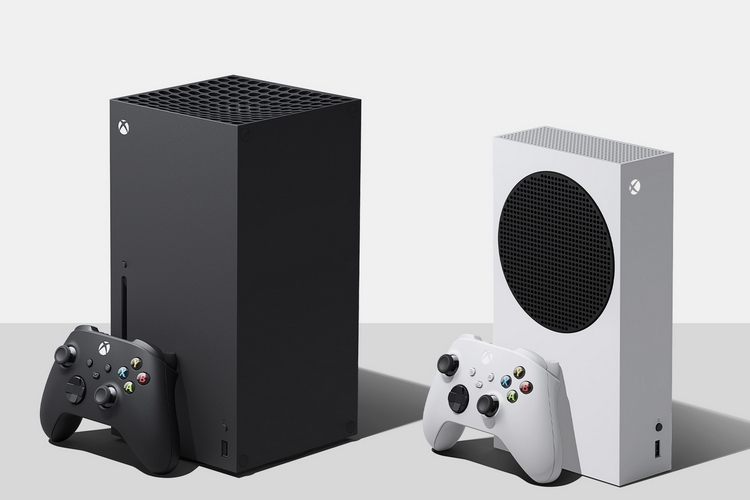 Last generation, the console wars decidedly belonged to Sony, with the PS4 posting more than double the sales numbers of the Xbox One. Heck, Nintendo even outsold Microsoft in the last generation, relegating the Xbox One to a measly third place behind the Switch.

This year, the next generation of consoles hit the shelves. Can Microsoft make up ground? Will the lack of Xbox-only exclusives continue to hurt it? Or will they be able to figure out something else to make the next Xbox stand out? 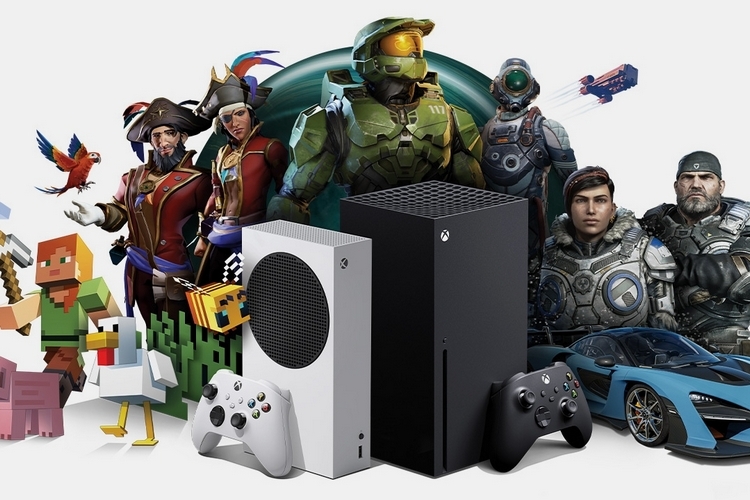 The next generation of Microsoft’s gaming console will come in two variants: the Xbox Series X and the Xbox Series S. The former will have better hardware, a Blu-ray drive, and a $499 price, while the latter gets less powerful hardware, no optical drive, and a very affordable $299 price. Both come out in November 10, so you can pick up one or more well before the holiday season.

While you probably expect two models of two consoles in the same generation to look similar, that isn’t the case here. The Series X is way more powerful than the Series S and it’s apparent, with the former coming in a tower form factor that looks more like a gaming desktop and the latter barely being bigger than the Xbox One X from last gen. 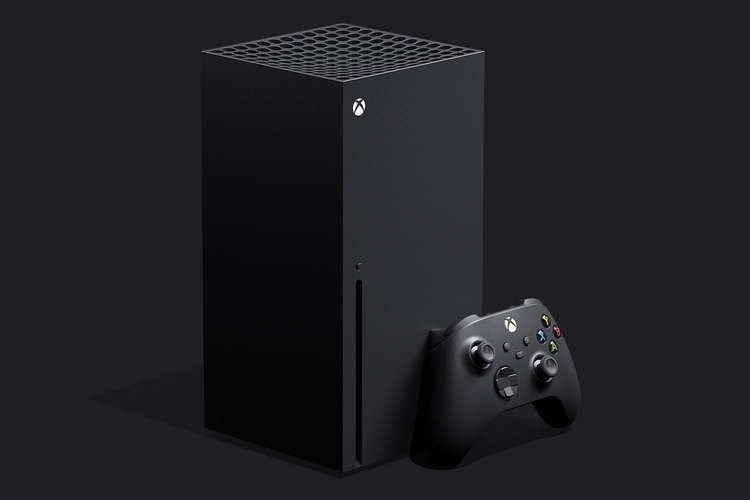 Designed to render games in resolution of up to 8K and frame rates of up to 120 fps, the Series X is equipped to play the newest games in maximum graphical fidelity, with variable rate shading, hardware-accelerated raytracing, and all the latest in cutting-edge graphics tech.

As with the last generation, it can play any game from all previous generations of Xbox consoles. Even better, the games will receive a performance boost, including automatic HDR, 4K upscaling, and framerate doubling. Suffice to say, they want the previous generation of titles to look better on the Series X than they did on the Xbox One and they will.

It boasts variable rate shading (VRS), allowing developers to restrict effects on specific parts of a scene, which allows games to maintain good resolution and framerates, while making the important elements stand out visually. If you’ve been paying attention to PC gaming, chances are, you’ve heard of hardware-accelerated raytracing, which has been a big deal in gaming PCs during the last year or so. Well, that technology finally makes it to consoles this generation, with the Series X coming with the necessary hardware to produce more realistic shadows, reflections, and other lighting effects.

It also plays host to the new Xbox Velocity Architecture, which combines a custom SSD, a hardware-accelerated decompression, DirectStorage API, and sampler feedback streaming to provide instantaneous access to over 100GB of game data on the SSD any time a game requires it. That means, little to no loading times, which should enable a level of immersion that’s not quite possible before. Other technical features include audio raytracing, automatically setting the TV to its lowest-latency mode, a variable refresh rate that allows it to minimize the visual tearing effect in games, and the ability to synchronize what’s onscreen with your input in a much more responsive manner. 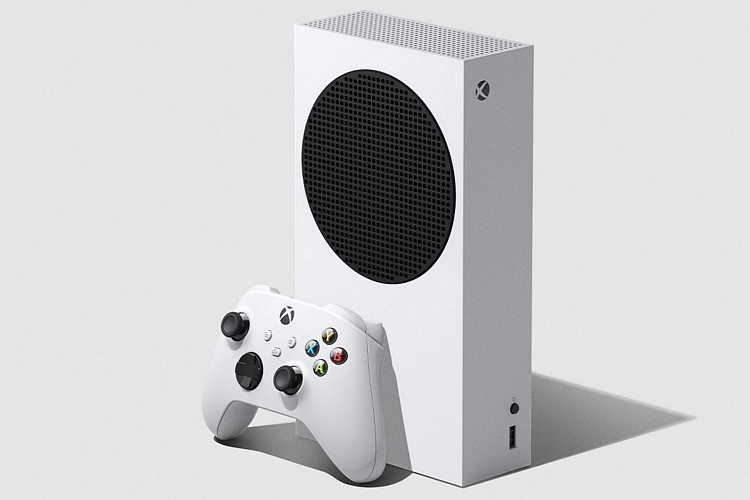 The Series S is designed to play the next generation of games at a maximum 1440 pixels of resolution at frame rates of up to 60 fps. We know, that doesn’t sound like the kind of performance you expect from a next-generation console, but Microsoft isn’t intending this for those who want a cutting-edge gaming machine. Instead, the Series X is intended to be a more affordable option for those who want access to the latest games, but don’t quite require the most stunning visual quality. There are people who still game on a five-year old 1080p TV, after all.

In case you’re playing on a 4K TV, by the way, the Series S will still upscale the games to 4K, so it will look just fine. Just don’t expect the same sharpness and smoothness as the Series X can deliver.

The Series S is also compatible with games from the three previous generations of Xbox consoles. Unlike the Series X, though, it won’t perform automatic HDR, 4K upscaling, and framerate doubling to level up games to next-gen standards. According to Microsoft, it will render older games in a quality on par with the Xbox One S. We know, that’s a rung below the Xbox One X, which makes sense, since this has less memory (10GB) than the high-end model from the last generation, which had 12GB. So yeah, it’s far from the perfect next-gen upgrade, but if pristine graphics isn’t the highest consideration for your gaming experience, we doubt any of that is going to be an issue.

We’re not sure how many of the technical capabilities on the Series X actually make it to the Series S, but we imagine the Xbox Velocity Architecture should, at the least, since they use the same SSD type and base components. From what we’ve read, the DirectX ray tracing, variable rate shading, and variable refresh rate find their way to the Series S, too, albeit in a much weaker implementation, considering the significant difference in power between the two systems. 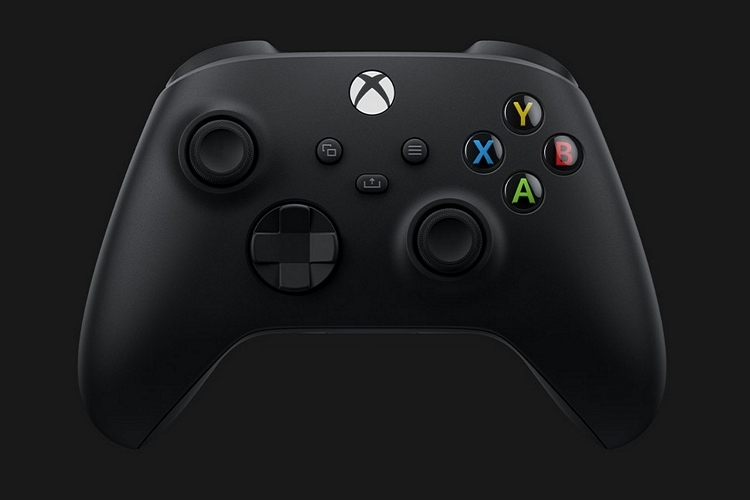 Both consoles will, of course, ship with the same controller. The new gamepad takes on a slightly smaller profile as the previous generation, with a new D-pad design, rounder edges, a new Share button in the middle, and tactile dot pattern on triggers. So yeah, it’s pretty much the same with a few small improvements.

From the looks of it, things will stay the same way. Microsoft will have exclusives that won’t come to Sony or Nintendo consoles, such as Halo Infinite, Scorn, and Bright Memory Infinite. However, these same titles are also likely to appear on PCs, so the Xbox isn’t the only platform you can play them on. Basically, exclusives aren’t a likely selling point for the next-gen Xbox, so you will have to be persuaded with something else, whether it’s the hardware, the price point, or Game Pass service.

WHICH ONE IS FOR YOU?

If you have the budget for it, the $499 Xbox Series X is the better purchase. The hardware is significantly more powerful, it’s ready for the next generation of 8K TVs, and it’s always best to experience the newest AAA titles in full graphical fidelity. Seriously, the $200 markup seems like a worthy price to pay for high resolution, high frame rates, and immersive realism. Oh yeah, make sure you have room to accommodate it because the darn thing is huge.

If you haven’t quite upgraded to one of those large 4K TVs as your main gaming screen, the $299 Xbox Series S might be the prudent option. It will render games at exactly the resolution your TV can handle, all while giving you access to all the newest next-gen titles. Plus, it can fit in the same spot where you currently keep your gaming console. If you do plan on upgrading to a 4K TV soon, though, the 1080p might end up feeling a little lacking and it’s probably best to spend the extra $200 now, instead of double-dipping to get the best gaming experience later.