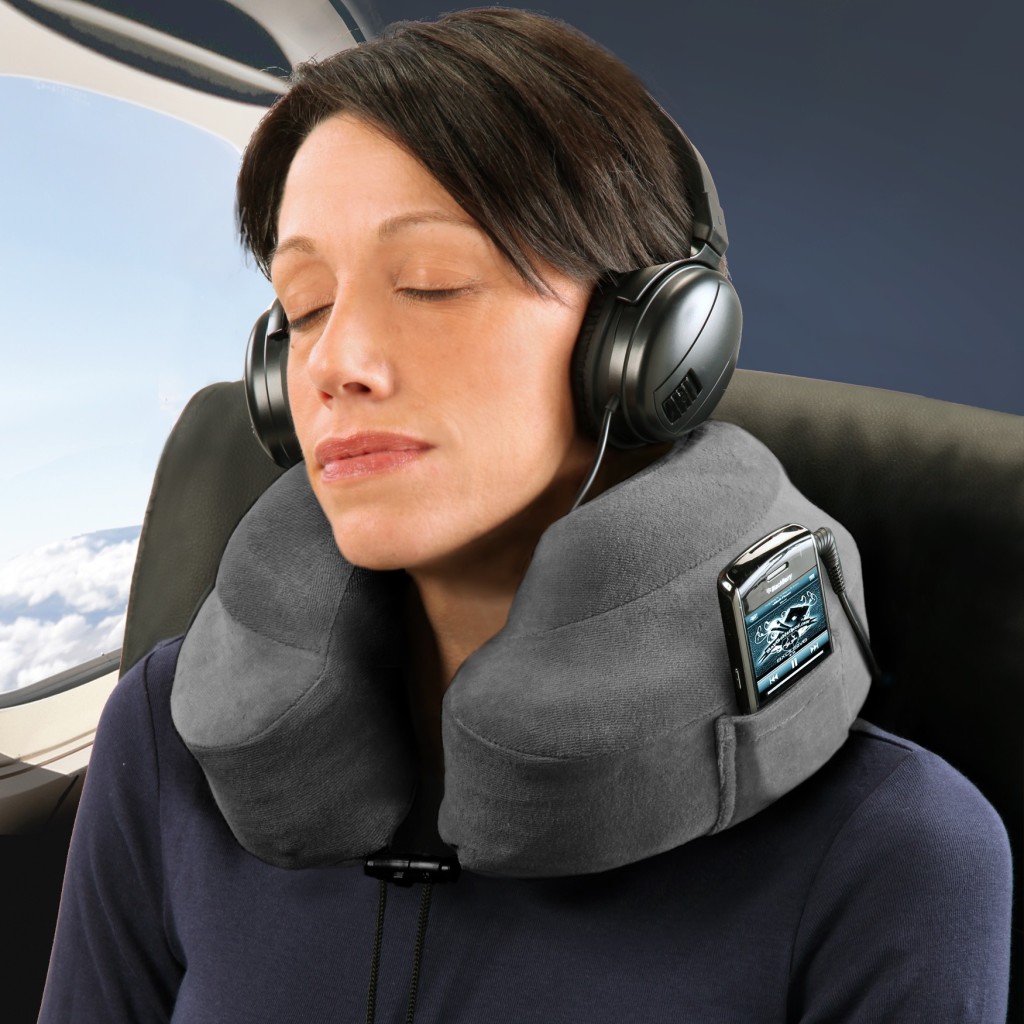 Neck pillows are nothing new.  In fact, I have an inflatable one I strangle my neck with whenever I’m going in passenger mode for an extended amount of time.  The Evolution Pillow is kind of like that — except more comfortable.

Instead of air-pumped bags, it uses high-quality memory foam to keep your neck and head in a restful perch during long flights.  It’s probably much like the neck pillow you’re using to keep snug at work, only you have to carry it along with the rest of your already bulky luggage (it comes with a pouch that compacts the pillow to half its normal size).

In exchange for the hassle of hauling an extra bundle of foam, the Evolution Pillow gives your upper extremity cozy 360-degree support.  You get lateral stabilization  to keep the head from falling sideways, a slide-lock toggle to hold the pillow in place, and memory foam earplugs to shut out the snoring passenger passed out by the window.  In case you’d rather lull off to Celine Dion than total silence, it features a media pouch on the side where you can slip in your iPod.

According to makers Cabeau, the Evolution isn’t just great for travel, it makes for a swanky pillow when sleeping on your stomach, too.   Since the shape forms a cup for your forehead and cheeks, it can be used like a portable face rest, similar to those on massage tables.

If you can live with the hassle of taking a bulky cushion during trips, the Evolution Pillow should help make coach class travel just a little more tolerable.   It’s available now for $34.99.