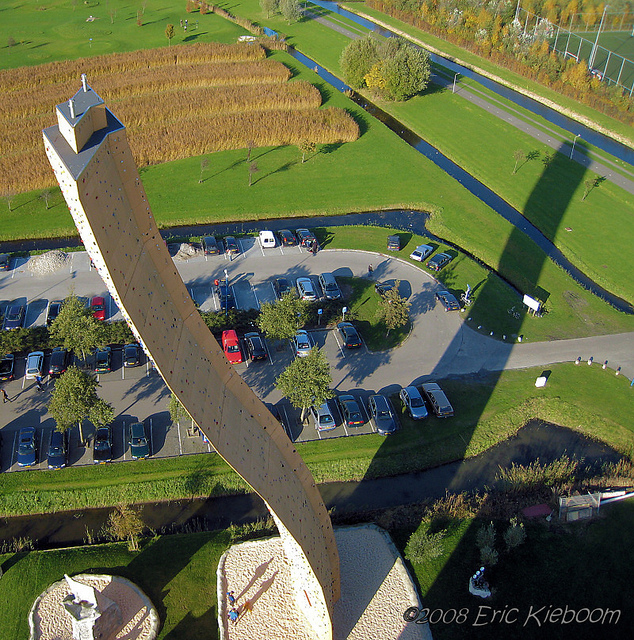 We don’t have the Guiness Book guys on speed dial, so we can’t be sure, but this is said to be the tallest wall climbing structure ever erected in the world.  It’s called the Excalibur and it’s the main attraction at Klimcentrum Bjoeks (Bjoeks Climb Center) in The Netherlands.

First, don’t be a wiseass.  We know all the skyscrapers that urban crawlers scale probably makes this pale in comparison.  This one, though, was put up specifically for climbing, instead of an innocent building that a couple of adventurous climbers deemed a worthy challenge to record on video. 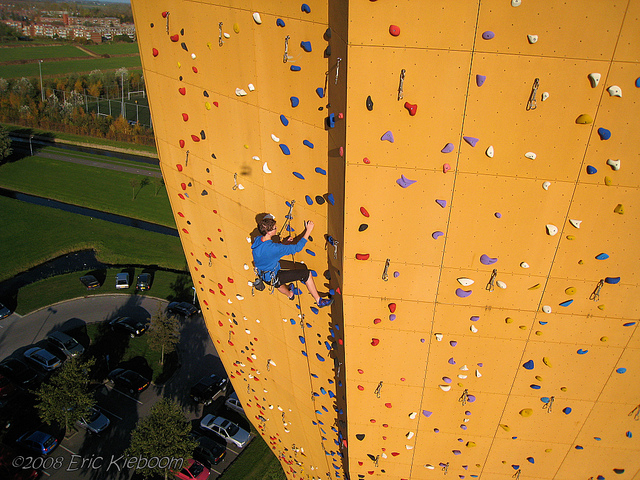 The Excalibur is a massive leaning pillar made from steel and wood, towering 121 feet above the ground.  Because of the curved, falling-over design, some routes are easier to crawl on than others, giving everyone from novice climbers to experienced ones a worthy challenge that’s up to their level.

Built in 2004, the freestanding attraction was said to be built to give local enthusiasts a place to practice their climbing skills, since the entire country is “flat as a pancake.”  Aside from the gargantuan tower, the Bjoeks facility also includes a full indoor hall (with 50 ropes on 20-foot routes), numerous freestanding outdoor boulders and a steep bouldering cave.

The photos of the Excalibur linked to below were taken by Flickr user Eric Kieboom.  He used a Canon IXUS 850IS, suspended from a kite, to grab the awesome-looking aerial shots.  The facility is open from Tuesdays to Sundays, with introductory lessons costing as low as 15 Euros.