Exovolt Plus Is A Stackable External Battery For Your Gadgets 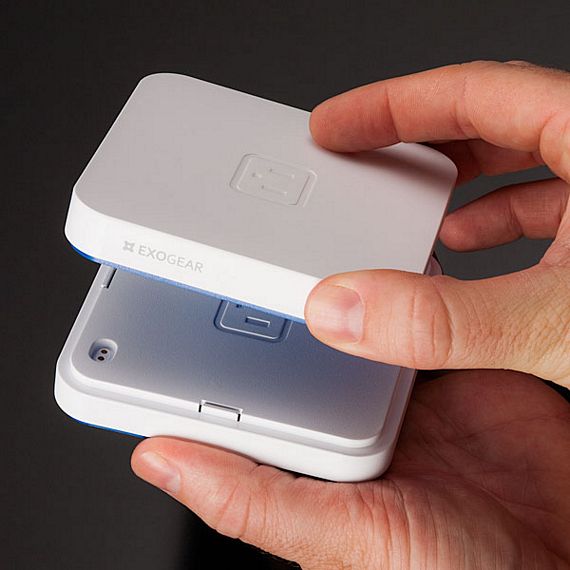 Inventing a super battery must be really hard.  With everyone carrying at least two or three mobile gadgets all the time, a pocket super battery will probably sell more units than all of Taylor Swift’s albums combined.  No, really.  While the Exovolt Plus isn’t quite the super battery I’ve been waiting for, it does bring a nifty trick that makes it very handy to bring along.

Billed as “the first stackable external battery system,” you can literally pile as many of them together (they sort of bolt in like Legos), allowing you to bring plenty of batteries while using up space in a most efficient manner (in stark contrast to the usual bulky battery backups).  Whether sitting in a backpack while you camp off-the-grid in the lake or in a table you’ve appropriated as an outdoor home office in the park, you get the benefit of continuous power without taking up valuable surface area. 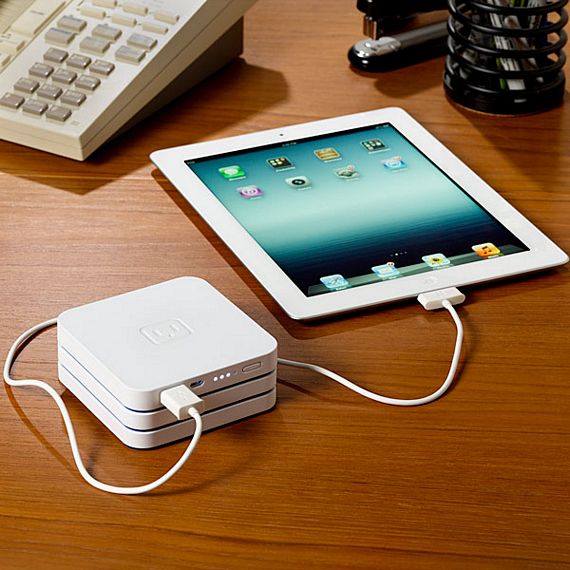 Each unit of the Exovolt Plus measures just 3.7 x 3.7 x 0.6 inches and packs a 5,200 mAh lithium polymer battery, which should be enough to inject a full charge into two smartphones with a little leftover to trickle into your slowly-dying iPad.    If you need more for extended staying power on the road, just attach a second layer (and a third and a fourth, as you require).  You can stack as many layers as you want, so you can theoretically build a tower as big as your ceiling will hold.

Features include rapid charging, 4 LED indicators and a universal design that lets it work with most tablets and smartphones.   If those pictures of batteries exploding online bother you, don’t worry: this has built-in protection for double circuits, overheating and short-circuits.

The Exovolt Plus is available from Thinkgeek, priced at $89.99.