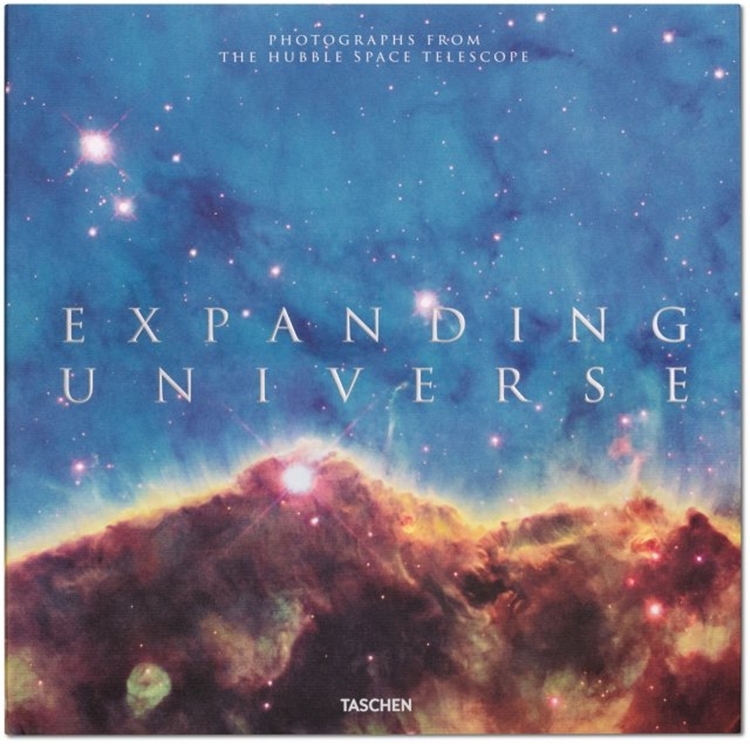 Since it went into orbit in 1990, the Hubble Space Telescope has taken some of the most important, not to mention breathtaking, pictures of the universe at large. These pictures didn’t just change the way we understood space and time, it also altered our relationship with the universe, as we saw more and more of the wonders of space in high-resolution photographs. “Expanding Universe: Photographs from the Hubble Space Telescope” compiles some of the most important deep space images the versatile telescope has captured.

Released in celebration of the Hubble’s 25th anniversary, the coffee table book celebrates the telescope’s most magnificent images, both as groundbreaking astronomical feats and photographic masterpieces. The images cover a wide variety of celestial wonders, from neighboring galaxies to distant stars to the accelerating expansion of the universe itself. Sorry, still no aliens, though.

To ensure the photographs are given due justice, the “Expanding Universe: Photographs from the Hubble Space Telescope” is laid out in a square format, complete with several foldouts whenever images work better with an even wider field of view. Consisting of 260 pages, it measures 12.3 x 12.3 x 1.3 inches, making for a substantial volume to take space in the middle of the living room coffee table.

It is, by the way, important to note that the actual telescope only captures black and white images. NASA astronomers take those images, then apply known data based on different types of radiation to estimate the colors, which they apply to the photographs before releasing them to the public. So yeah, everybody Photoshops, which is why you shouldn’t feel guilty the next time you try to make your profile photo look thinner through digital magic. Just saying.

“Expanding Universe: Photographs from the Hubble Space Telescope” is slated to ship April 15. Price is $46.93.