Extreme Gamers, This Is What Your Future Holds 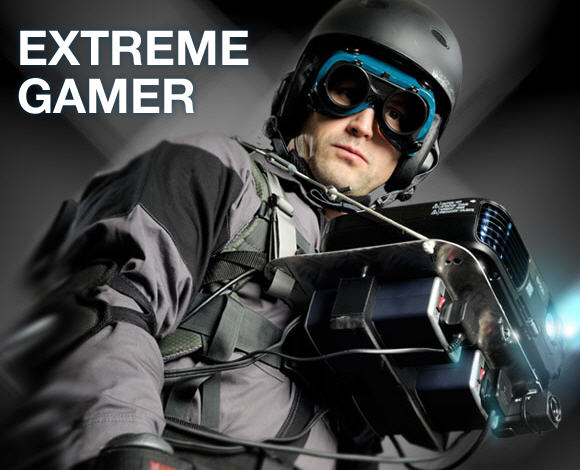 While there’s no official definition for what an “Extreme Gamer” is, I suppose this attempted viral thingie from Epson could qualify.   The look is actually a cross between “ready for extremes” and “downright duncical,” like the kind of outfit a five-year old would pick out from an entire mall.  Which is spectacular when you’re a full-grown, socially-maladjusted adult.

The Extreme Gamer is the central character in Epson’s new commercial, which pimps the gaming favors of the company’s EH-TW450 projector.  Clad in gray overalls, protective goggles, wrist guards, elbow and knee pads, and a sturdy-looking helmet, the overdressed hero takes gaming addiction to new heights as he hits London spots playing a non-stop game of Need for Speed: Shift. 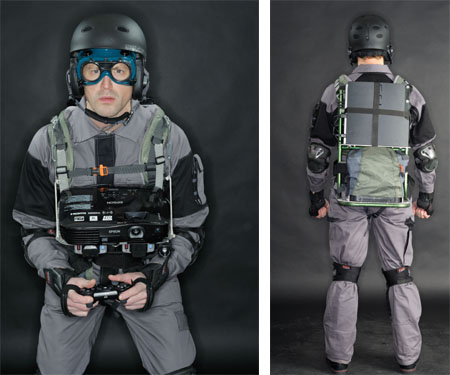 In the ad, the protagonist wears Epson’s 3LCD 720p machine on his chest, splaying its output across building walls, club ceilings and other places, all while furiously tapping on a controller for the PS3 strapped around his back.  Yep, it’s a portable gaming rig of the absurd kind – the type that can get you killed in a bad neighborhood (or while crossing a busy intersection).  Oh yeah, I guess that’s what all that protective gear is for.

While the idea is preposterous, it’s actually not that far out.  I know more than a few cats who spend at  least half of their waking hours playing games (console at home, a hidden virtual desktop on the office PC and a portable handheld while on the road).  Being an Extreme Gamer just takes it to the next level.  Behold…your future…gentlemen.

Do note that there’s nothing special about the EH-TW450 for gaming.  It’s just a high-performance projector that can put out six times the display size of a 52-inch flat screen television, all while making you look like a third-rate douche.   Wait, that is pretty special.