The future of cybersecurity just got more… well… futuristic. At least, that will be the case if the Eyelock Myris, a peripheral that scans your eyes for digital verification, ever receives widespread adoption.

Think about it: no more typing in a username and password to log in to your favorite sites and services. Instead, simply scan your eyes using the device and you’ll be logged in automatically. No strings of text to memorize and no passwords that can be hacked — as long as your eye scanner is working, logging in is automatic. 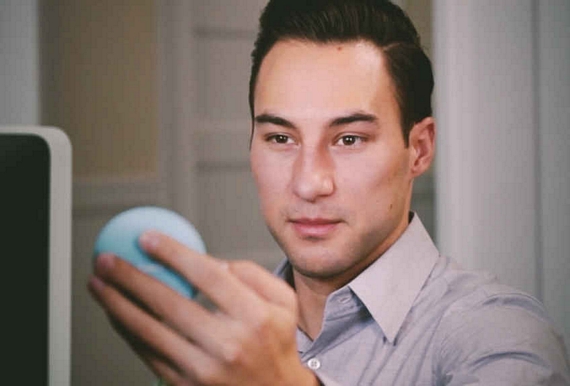 To use, simply plug the disc-shaped Eyelock Myris into your computer, launch the app, and hold it to your face like a small mirror. It will then capture a 20 fps video of your eyes, which it will use to inspect 240 different points in each iris in order to identify your unique iris-based digital signature. Because the system checks both irises instead of just one, it boasts a 1 in 2 trillion chance for false matches (the product site claims only DNA is more accurate). It’s also difficult to fake, since the system captures a live video of your eyes, rather than just a still image.

We’re not sure how many sites and services will support this, but if a lot of them get onboard, this could simplify a whole load of online verification systems. If they can prove this difficult to breach, it could make things a lot safer, too.

The Eyelock Myris is slated to ship later in the year at an estimated price of around $200 to $300. You can sign up on the wait list if you want to be among the early adopters.