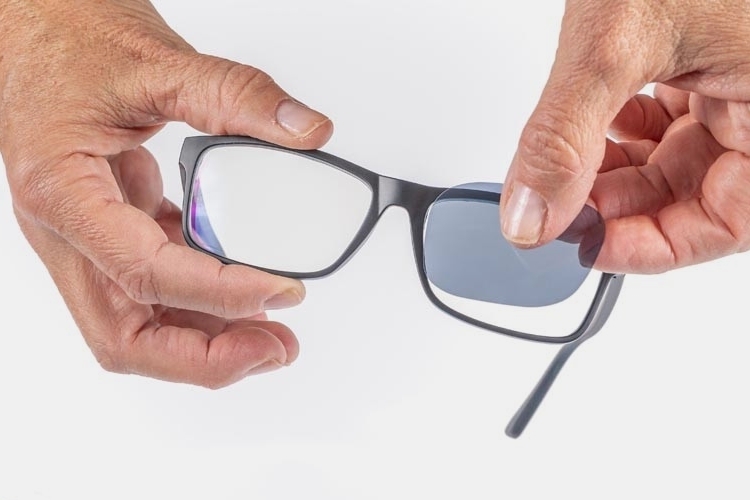 Want to wear regular eyeglasses, but also want the UV protection you get from sunglasses when you’re out in daylight? Get one of those electrochromic lenses, which go from clear to dark whenever it’s exposed to sunlight. It’s a more convenient solution compared to either carrying two pairs of glasses or packing clip-on tinted lenses each time you go out. If you don’t quite like the look of those tint-changing optics, though, you can try the EyKuver, a patch of film you can stick  on top of regular lenses to turn them into tinted shades.

A disposable film patch, it’s designed to go on top of your eyeglass lenses, instantly adding UVA, UVB, and glare protection to erstwhile ordinary reading glasses. Once you’re done, just peel it off and use your glasses like normal, with the patch leaving no residue whatsoever, so it leaves the lenses as clear as they were before. 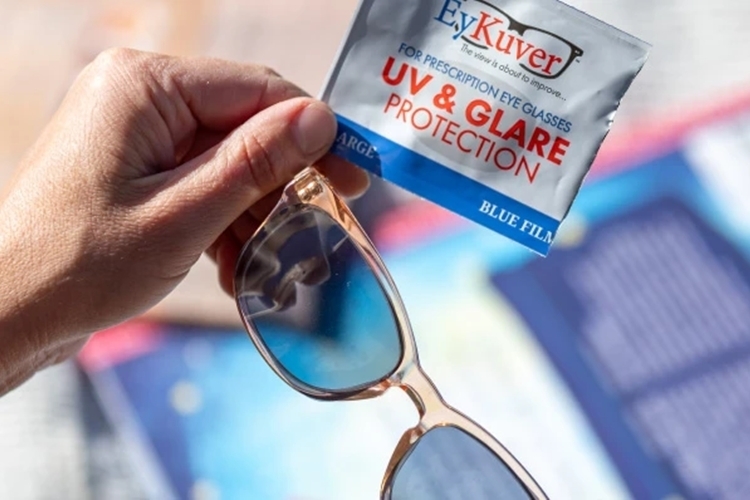 The EyKuver is a protective film that’s cast in a sticker-like form factor. To use, simply peel one away from the packaging and place it on top of the lens needing some reinforcement from harsh sunlight just like placing a sticker on a clean surface. Once secured on the lens, it’s going to stay there until you purposely peel it off after you’re done. According to the outfit, it uses no chemical adhesives in the protective film’s backing, which is why it won’t leave any residue on the lens once it’s removed. So how does it stick then? We’re not sure, but it may be one of those micro-suction things we’ve seen increasingly used over the years. 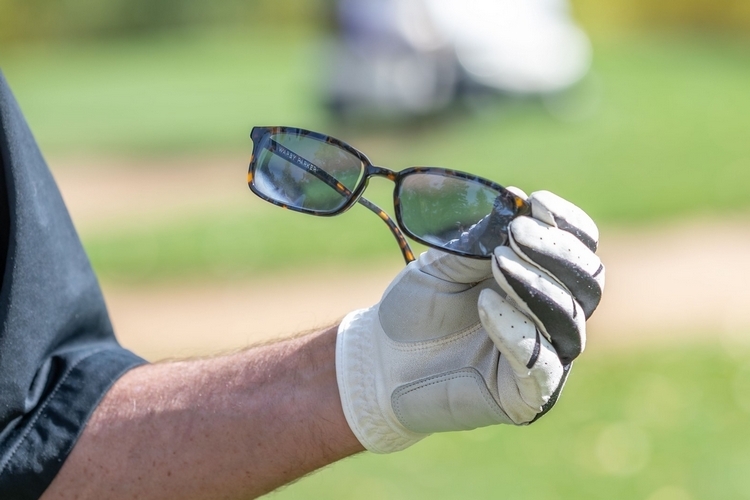 Don’t like the idea of disposable tint layers? Well, you don’t have to throw them away, as each film can actually be reused. Only requirement is, you have to clean it before reusing as it’s possible for dirt, dust, and other small debris to get on the backing, which can nick and scratch lenses if you don’t remove them. Since it’s literally just a patch of film, a pair of these can easily fit in your wallet, too, so no need to carry an extra case just for them. 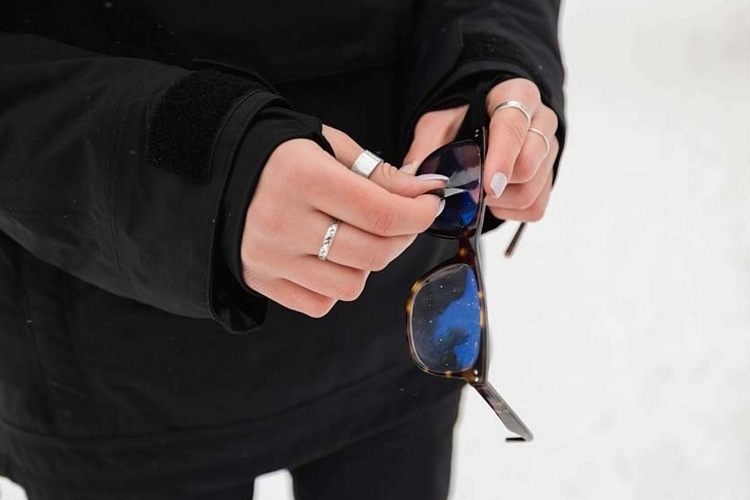 The EyKuver comes in just two sizes: medium (48 x 35 mm) and large (54 x 38 mm), with both shaped like eyeglass lenses with rounded edges and corners. Obviously, that hardly covers the range of lens shapes and sizes out there, so these aren’t likely to fit your glasses flush, either wearing a tad too large for them or running too small. If it’s larger, you can obviously trim it to get a better fit, although there’s nothing much you can do if it’s smaller than your lens size. According to the outfit, it’s designed to provide sun and glare protection, despite not fitting flush all the same. So yeah, it’s not meant to be a permanent way to turn eyeglasses into shades, but rather a convenient alternative when you need it in a pinch.

The EyKuver comes in two shades, gray and blue, priced at $9.99 for a three-pack.