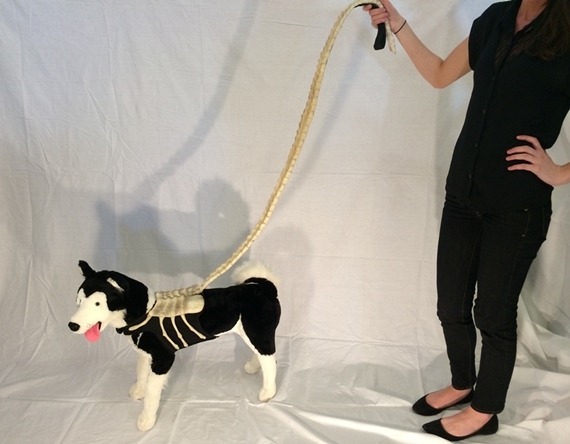 If your dog actually watched movies when he sits down with you in front of the TV, there’s no way he can actually stay calm while you put this Alien Facehugger Dog Leash on him. I mean, look at the darn thing. But since he doesn’t, he’ll probably just stand there and let you wrap the second-stage Xenomorph’s bony appendages with nary a protest.

Made by Etsy seller GCFX, it’s a dog harness clad in the likeness of the parasitoid from the 1979 sci-fi classic. Sure, this particular facehugger latches onto the dog’s back rather than attempt to make contact with the host’s mouth (it’s not very smart), but we guess that’s a good thing – getting your dog implanted with an alien parasite doesn’t seem like the most ideal thing ever. 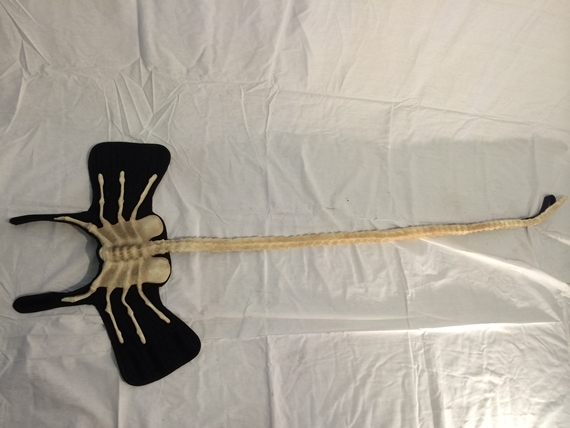 The Alien Facehugger Dog Leash uses a facehugger for the harness, with its extended-length tail serving as the actual leash. Construction is foam for the alien creature, with a mesh leash hidden inside the tail (the loop comes out at the very far end). To make the likeness just a bit more realistic, the facehugger has been manually airbrush-painted, but you’ll have to coat it with slime yourself if you want to take the creepiness up a next level. Only one size, though, which they estimate to be suitable for small to medium dogs up to 35 pounds. 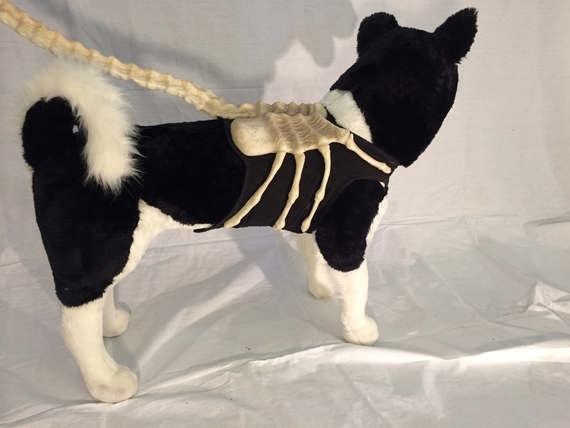 It only uses Velcro for securing to your pet’s body, so we’re not sure how well it will hold with particularly hyperactive dogs who like to pull on their leashes. Still, having to run after your dog in the park sounds like a worthy sacrifice for parading him around in an alien harness. Man, all the hot nerdy chicks in the park can’t resist you now (actually, they can and probably will).