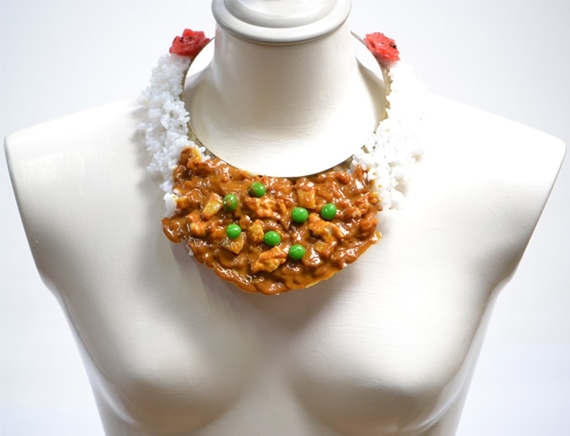 We all know Japanese food replicas are amazing. What we didn’t know is that one company that makes them, Hatanaka, actually found a way to make even more money with their replicas. How? By selling them as ridiculous Fake Food Accessories that people can wear. Really.

Based in Saitama, the company has actually been making realistic food samples for restaurants since 1965. Judging from the images of their creations, they’ve got it down to an art form, too, with everything looking as insanely delectable as the real thing. 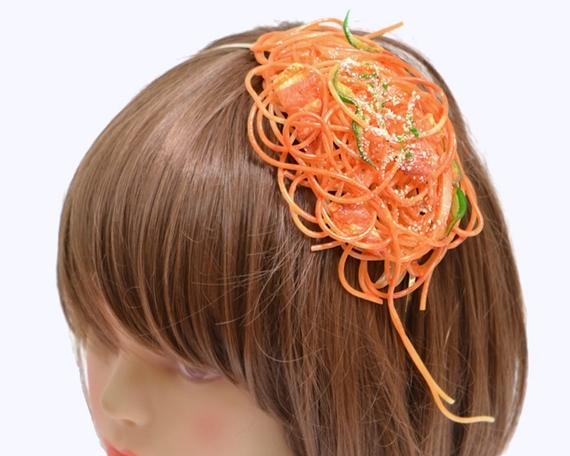 With the Fake Food Accessories, the company basically took their food replicas and integrated them into necklaces, earrings, hair bands, belts, and other fashion pieces. Yes, just like these guys did with the Soba Noodles Smartphone Dock, except for wearable items. We’re not talking about subtly mixing them in, either. Instead, they literally make a headband that looks like its covered in an entire order of spaghetti with tomato sauce, a necklace with a big heaping of beef curry as the pendant, surrounded by steamed rice along the chain, and a belt covered in bacon. It’s insane. 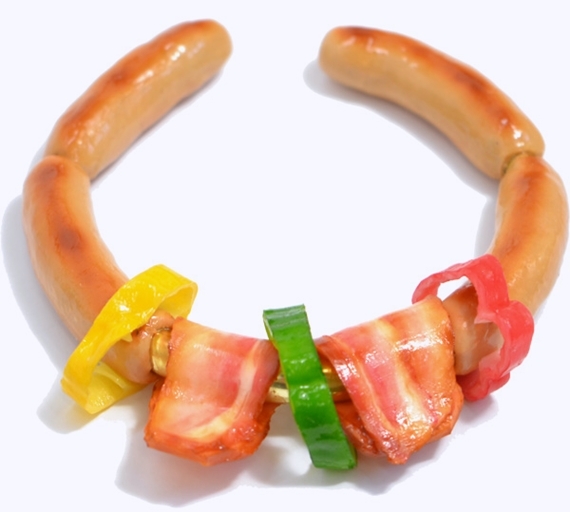 Is it pretty? Hell, no. Will you look stylish wearing it? Hell, no. Do you feel an uncontrollable urge to want to wear it anyway because you’re a human who’s too weak to resist the magnetic attraction of a necklace made with four life-size sausages, two slices of bacon, and three slices of pepper? Yes, yes you are. 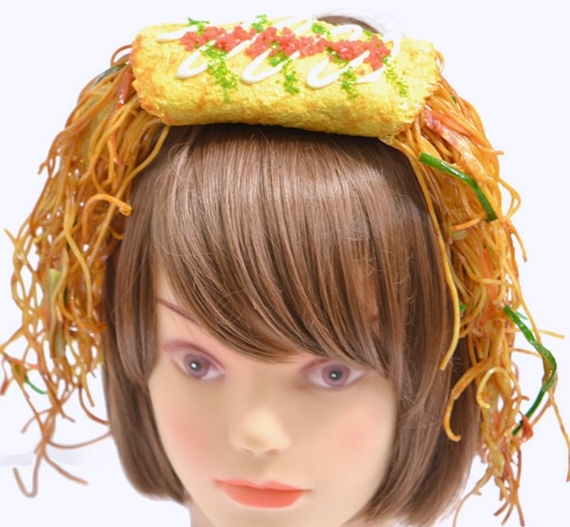 Seriously, the Fake Food Accessories just seem dumb, inane, and downright unsightly to accessorize with. But, yes, I also totally want to order that headband with a giant serving of stir-fried noodles covered in some kind of omelet for my wife this Christmas for absolutely no reason whatsoever.