Fake It Till You Make It: The Cubicle Door Lock Stickers 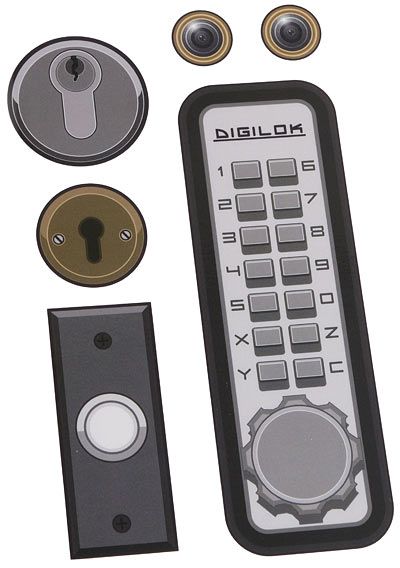 Want to have the appearance of a security system without actually paying for one? Try these Cubicle Door Lock Speakers, which are designed to outfit the entryway on your office cubbyhole with the look of privacy, even though you really have none.

The fake trimmings consist of a pair of keyholes, two peepholes, a doorbell and even an electronic security system, all designed to look realistic enough at first glance. Of course, since most office cubicles don’t have a door, you’ll probably end up having to hang a curtain, post these stickers on it and pretend like it’s a real barrier. Who knows, you might end up fooling a couple of supervisors or two (I pity your company’s future, of course, in case you do).

Each vinyl sticker varies in size, with the largest one (the digital keypad) measuring 5.9 x 2 inches and the tiniest (the peepholes) measuring 0.8 inches on all sides. Thinkgeek claims they can be reused if you apply them carefully, though I wouldn’t count on it – they look like regular cheap stickers with nice prints to me.

While I really don’t think they’ll be all that useful for the typical office cubicle (other than the novelty), these would look lovely on a bedroom door. If you’re cheap enough not to have your apartment fitted with actual security locks, you can probably use them too – at your own peril, of course. Make sure to add a camera just above your door so you can film people trying to press on the fake doorbell for some hilarious footage.