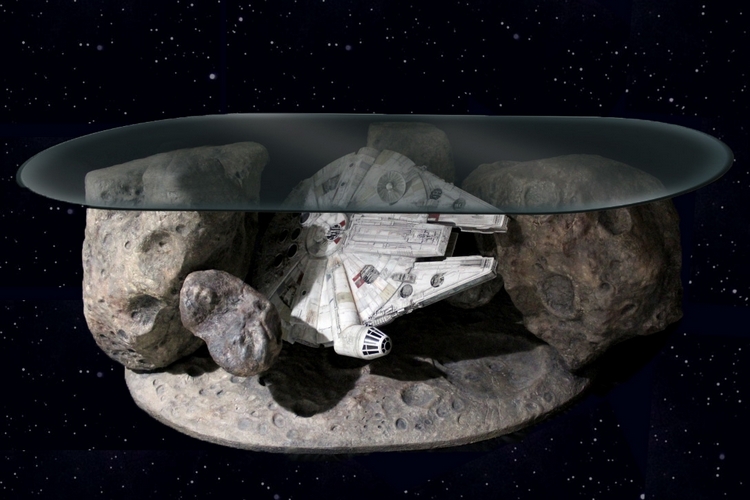 If all you do with your Star Wars toys is display them on a shelf and take them out on occasion, you’ve been doing it wrong. What you should have been doing is using them to build dioramas of scenes from the Star Wars series. If you have neither the skills nor the time nor the patience to actually do that, then join me as I indulge in envy at the Falcon Asteroid Chase, a coffee table which uses a Millenium Falcon and a TIE Fighter toy to recreate that epic chase across an asteroid field between the two spacecrafts.

Created by Richard Riley of Tom Spina Designs, the diorama depicts the asteroid chase scene from The Empire Strikes Back, so you can relive one of the most memorable moments from the movie right from the comfort of your living room. Granted, it feels like a waste of such a gorgeous diorama to have to put this on the floor of your house, but if your shelves are all full of Star Wars collectibles anyway, we guess the floor is as good a place as any. 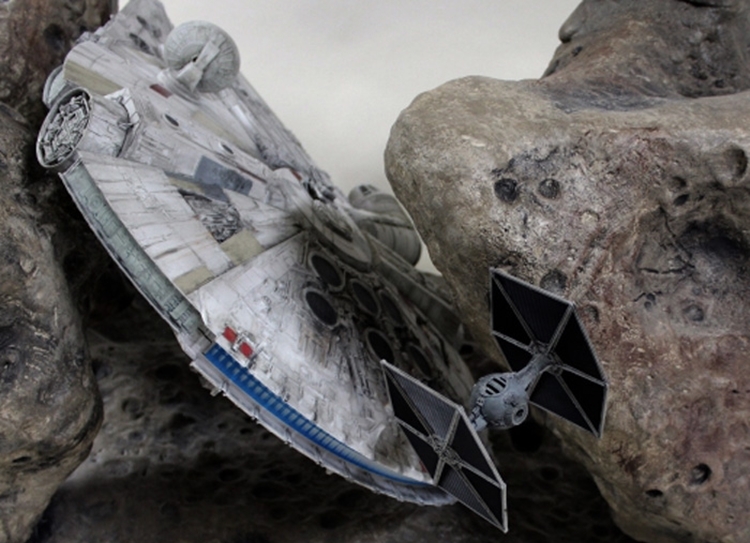 The Falcon Asteroid Chase uses Hasbro’s highly-detailed Millenium Falcon toy and a TIE Fighter model kit for the build, both of which have been custom-painted to look like the same vehicles from the movie. Surrounding them are several giant asteroids, all of which were hand-sculpted to capture the look in the original film. The three large asteroids, by the way, all top out at the same height to enable stable placement of a glass top for the table. It measures 60 x 36 x 20 inches (w x d x h). 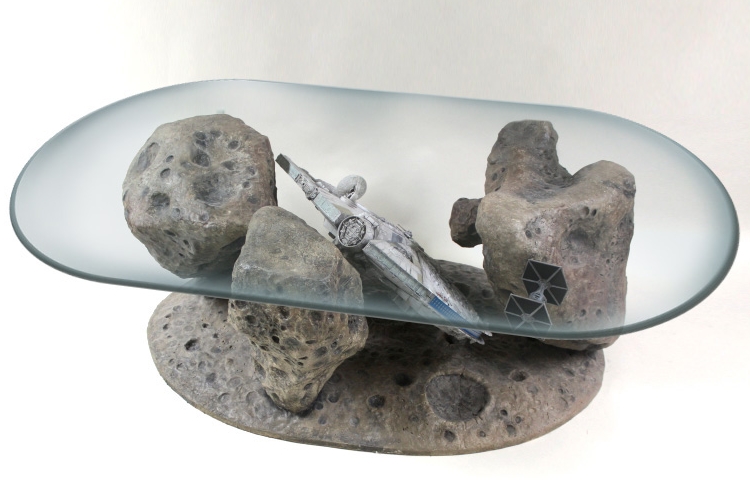 No word on how much the client had to pay for the Falcon Asteroid Chase, but given that it’s custom-made and highly-detailed, we imagine it’s in the range only high-ranking members of the Empire can afford. Check out the link below to see more pictures.