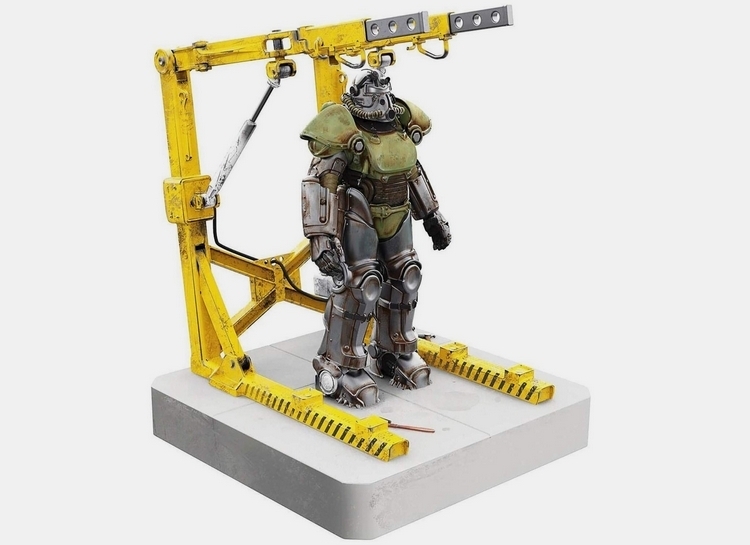 Do you need another USB hub? Like many, you probably don’t (unless you just bought a Macbook, of course). If you’re a fan of the Fallout series, though, you’ll definitely want this Fallout Power Armor USB Hub, which gives you a T-51b infantry armor statue atop the charging slots.

That’s right, you can now replace the boring USB hub on your desk with one that showcases a protective power armor (complete with a cradle) to serve as a reminder of how much you love Bethesda’s long-running franchise. Yes, even though every game release is full of bugs. And the engine is dated. And the new game, which has no single player campaign, sucks. Yeah, you love Fallout that much. 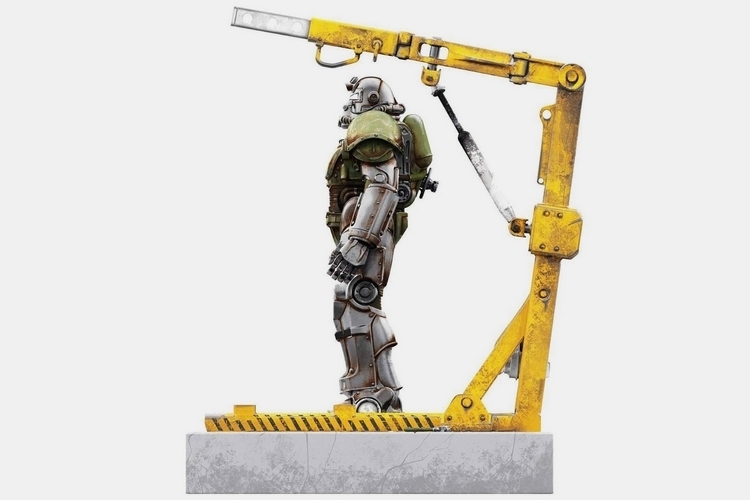 The Fallout Power Armor USB Hub, basically, takes a rather generic tile-shaped USB hub and uses it as a platform for a cool-looking figure of a T-51b power armor that’s rested on a cradle. Specifically, it depicts the Mojave variant of the armor, which uses a green plate for the chest, shoulder, and crotch sections. Of course, it’s rusted as all heck, since you’re, pretty much, in a wasteland and you’re lazy about your armor upkeep. Still, the darn thing looks awesome, especially with the cradle surrounding it, making it look ready as ever for deployment. 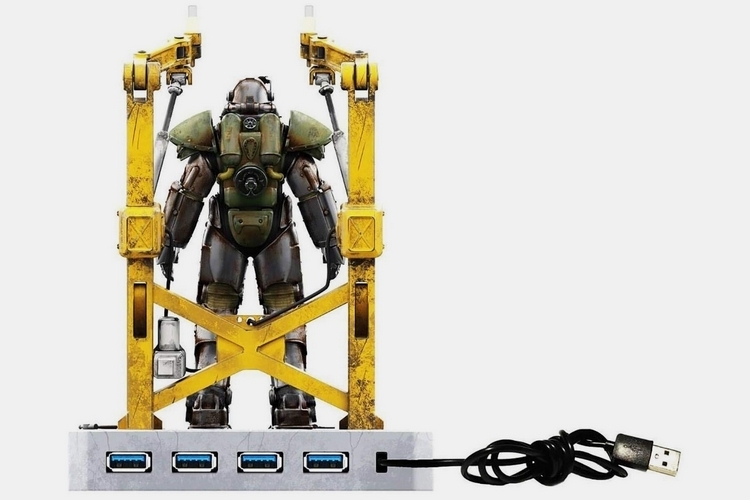 No, the USB hub itself doesn’t do anything cool, so it’s really just a regular hub that they put a power armor figure on. It has four USB slots, by the way, all of which are situated in the back, so people will think it’s just an awesome toy when they first see it on your desk. They will then proceed to grab it to get a closer look and end up yanking all the cables you have plugged in, so… yeah, maybe putting it in the back isn’t a great idea.

The Fallout Power Armor USB Hub is now in pre-order, with a Dec. 19 release date. 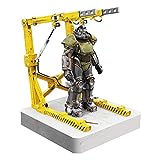