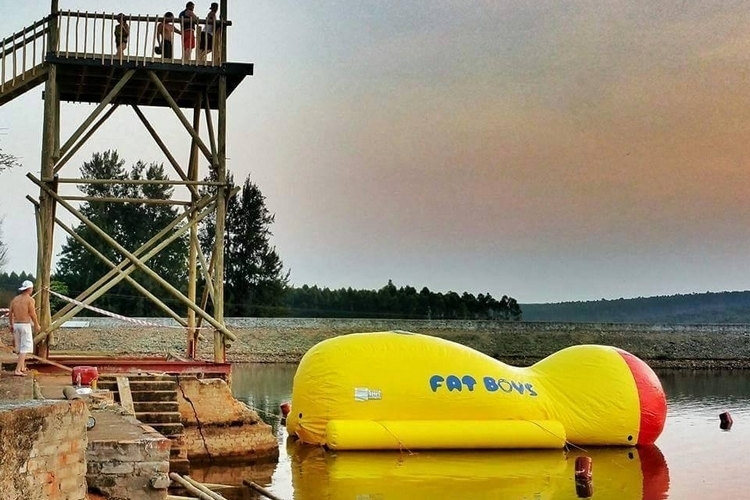 Inflatable diving launch pads have been around for a while using what’s, basically, the same simple concept. The diver positions themselves out front, while one or more people jump on the back from a raised platform, causing the diver to catapult upwards like a projectile on their way down to the water. It’s fun. Problem is, most launch pads are either unpredictable or inefficient, leaving them less fun (and less safe) than they otherwise could have been. The Fat Boys Blob wants to change that.

Like other launch pads, you can use it to catapult a diver to great heights in the water, turning an erstwhile regular afternoon at the beach into a more scintillating experience. Except, the outfit claims, it’s rigged to launch in a most efficient manner, so you can get maximum height in every jump (it holds two official Guinness World Records), all while being smoother and more predictable than any similar product in the market. 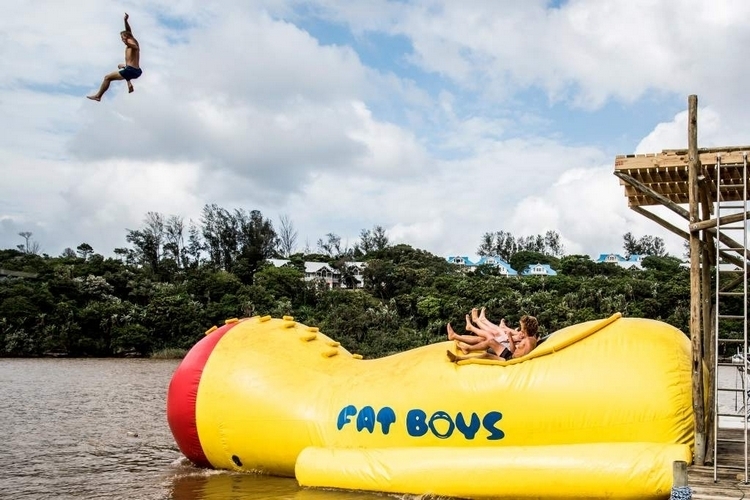 The Fat Boys Blob comes in the shape of a peanut’s shell, with the smaller bulge marked with a red color serving as the launch area. According to the outfit, this innovative shape splits the float into two sections: one that constricts the air wave and another that releases it. When people jump into the constricted section, air is released at a rapid speed, pushing the person at the red section to fly off at great heights.

During launch, the diver should stand anywhere on the curved red section, which is designed to reduce the chances of whiplash while facilitating a smooth and predictable trajectory. The closer to the edge you stand, by the way, the longer you’ll be in contact with the blob as the air transfer happens, which, in turn, will ensure a better launch, so make sure you get as deep into the red section as you can. Line markings on the red section show you how deep you can stand along the edge, so you might want to keep stay within bounds to keep from slipping and falling over. 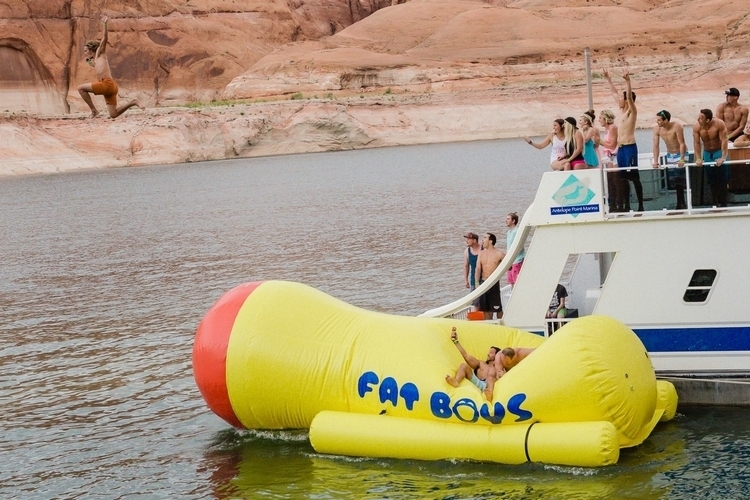 Buoys on each side of the Fat Boys Blob provide stability in the water without having to drop any anchors or tether it to a rope onto land (it does come with anchors, though its use is optional), reducing setup time to as little as 40 minutes. That puts the setup at around two hours shorter than most diving launch pads in the market, ensuring you can spend most of the day enjoying the water instead of working to set the rig up. 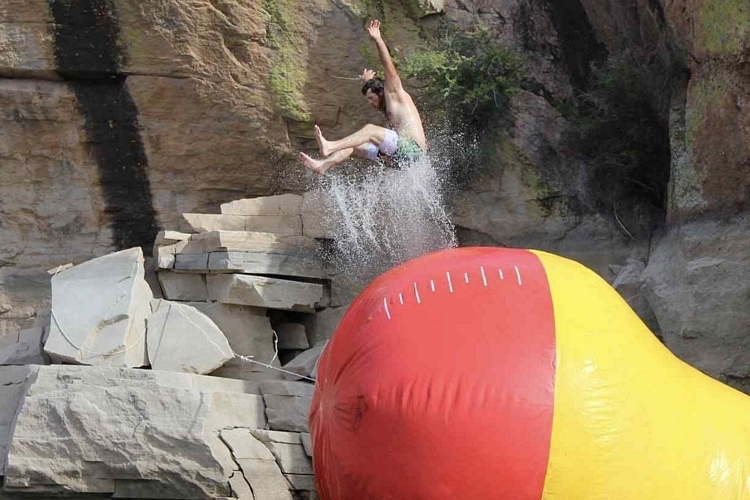